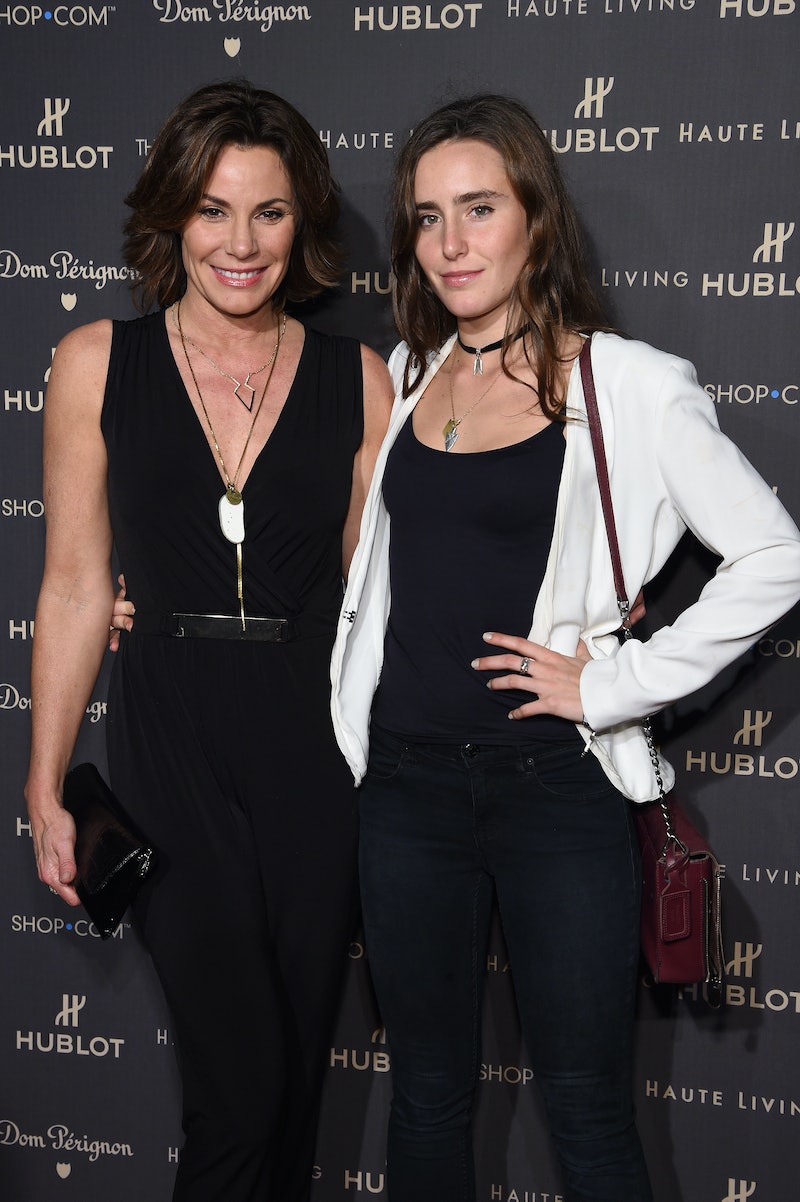 Before Real Housewives of New York City fans know it, The Countess is going to be a married woman. She is set to tie the knot to Tom D'Agostino Jr. on Dec. 31 and it sure sounds like their special day is going to be one for the books. While chatting with Sirius XM's Wake Up with Taylor Monday, Luann de Lesseps revealed her daughter, Victoria, is in her wedding. It's really no surprise that Victoria will be part of her mom's special day, but if you thought she would walk her mom down the aisle, would be a bridesmaid, would sing a song, or would officiate the ceremony, you'd be wrong. Her wedding role is something you probably would've never guessed.

"Well, I've got seven [bridesmaids] and then I have my daughter, who's going to be my flower girl," de Lesseps revealed. Did you expect Victoria to be her flower girl? Yeah, me neither. Though, that's what makes it so great. It's untraditional and adds a unique factor to the wedding. Also, who says a flower girl has to be a little kid? It can be anyone. There was even that one wedding where the couple had their grandmothers as their flower girls. So why shouldn't Luann have Victoria as her flower girl? It's different, memorable, and meaningful.

Despite all of the controversy surrounding the RHONY star's wedding, de Lesseps sure seems to be keeping high spirits and enjoying all of the wedding planning. As for her seven bridesmaids, they appear to be family and close friends, though most of the names have yet to be revealed. Some of them have to be Housewives, right? Well, there is one familiar Housewife. Dorinda Medley is a bridesmaid, The Countess told Us Weekly in February, "She's definitely going to be one of my bridesmaids." It only makes sense, especially since she is the one responsible for introducing The Countess and her man.

Between Victoria as a flower girl and Medley as a bridesmaid, de Lesseps' wedding will surely be a celebration neither she or D'Agostino will ever forget.