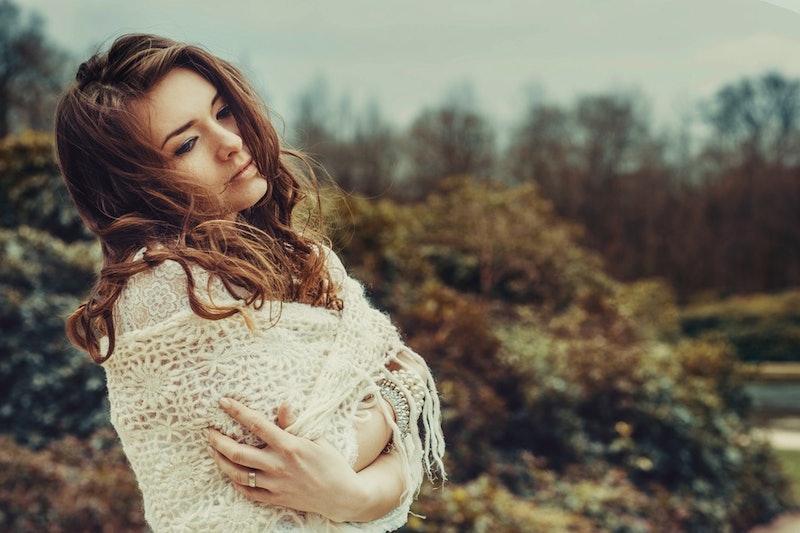 Striving to be the best seems to be on everyone's agenda. Whether someone wants to be the valedictorian at their school, the best cupcake maker in all the land, or the next Annie Leibovitz, the common goal for many is to be successful. However, being too tough on yourself is probably not going to get you very far. It could weaken your self-confidence, make you compare yourself to others, and even boost your self-doubt to a whole other level. None of that sounds exciting, but it tends to happen more often than we would like.

According to the Huffington Post, best-selling author and founder of the international self-love movement Christine Arylo said, "The challenge is that most of us don’t know we are pushing ourselves too hard until we have already gotten to the 'bad place' — the land of the crabby, the self-critical and the unhappy version of ourselves. The first step in transforming self-induced pressure to a more supportive, sustainable way of living is awareness, knowing the signs for when we are pushing ourselves too hard."

Not sure if you're being too critical of yourself or others? Here are nine signs you may have crossed that line.

1. You Constantly Compare Yourself To Others

"Ah, being hard on oneself. I see this in my business clients and I've seen [it in] yoga classes I have taught; it is often best noticed when you begin to compare yourself to someone else. Nagging thoughts such as 'Why can't I make as much as her?' 'Why is her downward dog so perfect — her heels are down all the way!', 'Her hair is great... it had to take hours.' These are all comparing/contrasting and you are not the epicenter, but they are. Why make someone else, from their bank account, hair or heels, the epicenter of your world?" says zen psychotherapist and neuromarketing strategist Michele Paiva in an interview with Bustle over email. While someone's life, especially on social media, may seem like a dream, this doesn't mean that it's picture perfect in real life. Try to be grateful for what you have. Plus, you always have something they don't: your personality.

2. You Focus On The Negative

Constantly beating yourself up and focusing on the negative is just going to give you a massive headache. Leave all that negativity at the door and opt for a positive-centric life. "You're starting to focus on what's going wrong more than you're aware of what's going right," says holistic wellness coach Pax Tandon in an interview with Bustle over email.

3. You're Easily Angered By The Little Things

Your patience is short and you see red every time you mess up. Even the littlest of things is aggravating you to your core. "You get angry when you get sick, or have a headache, instead of appreciating them as signs to slow down and take it a little easier," says Tandon about being easily angered by the little things.

If you're being too hard on yourself, then you're probably being too critical when it comes to your environment and loved ones, too. "You’re a perfectionist and get highly distressed when you can’t make something perfect (including your partner, yourself, or projects you’re working on)," says psychotherapist and author Karen R. Koenig M.Ed., L.C.S.W., in an interview with Bustle over email.

5. You Engage In A Lot Of Negative Self-Talk

The way you decide to speak to yourself can determine how you may view yourself. Would you ever say those things to your long-time BFF? No, probably not. "You have negative chatter about not being good enough going on in your mind fairly incessantly," says Koenig of people who are too hard on themselves. The next time you engage with negative self-talk, write it down. Once you see the words in front of you, you may notice how damaging they actually could be.

6. You Don't Try Anything New

Have you ever wanted to go after a job, but stopped yourself from applying because you thought it would be pointless? When you're too tough on yourself, you may actually prevent yourself from experiencing new things, which, in the long run, could potentially bring you happiness. "You often don’t want to try new things because of your fear of failure," says Koenig.

7. You Believe There's Something Wrong With You

It's human to make mistakes, but sometimes it's easy to think that something is wrong with you when mistakes happen more often than you would like. Don't let this negative thinking stop you from living out your dream. The more you think this way, the more you may believe something could actually be wrong with you — and you know that's not true. "You have a foundational belief there’s something wrong or defective about yourself," says Koenig.

8. You Take Responsibility For Everything That Goes Wrong In Your Life

"You find yourself to be a self-blamer and take too much responsibility for everything that goes wrong in your life," says psychotherapist and author of Your Best Age is Now Robi Ludwig in an interview with Bustle over email. If you feel like you need to be in control of every aspect of your life, then you might also take responsibility for everything that goes wrong — and that's just too much. Just because a bad situation occurs in your life doesn't mean it's your fault.

I get it. When you're not feeling 100 percent, the last thing you want to do is put on clothes and pretend that you're having a good time. But if you constantly avoid your friends, then it might mean you're pushing yourself to exhaustion. "You avoid social situations or isolate when you're not feeling your best self, instead of allowing yourself to just be imperfect and be around people anyway," says Ludwig.

While it's always a good idea to strive for greatness, you don't need to push yourself to exhaustion. Remember to be kind to yourself, live in the present, and once in a while, treat yo'self!