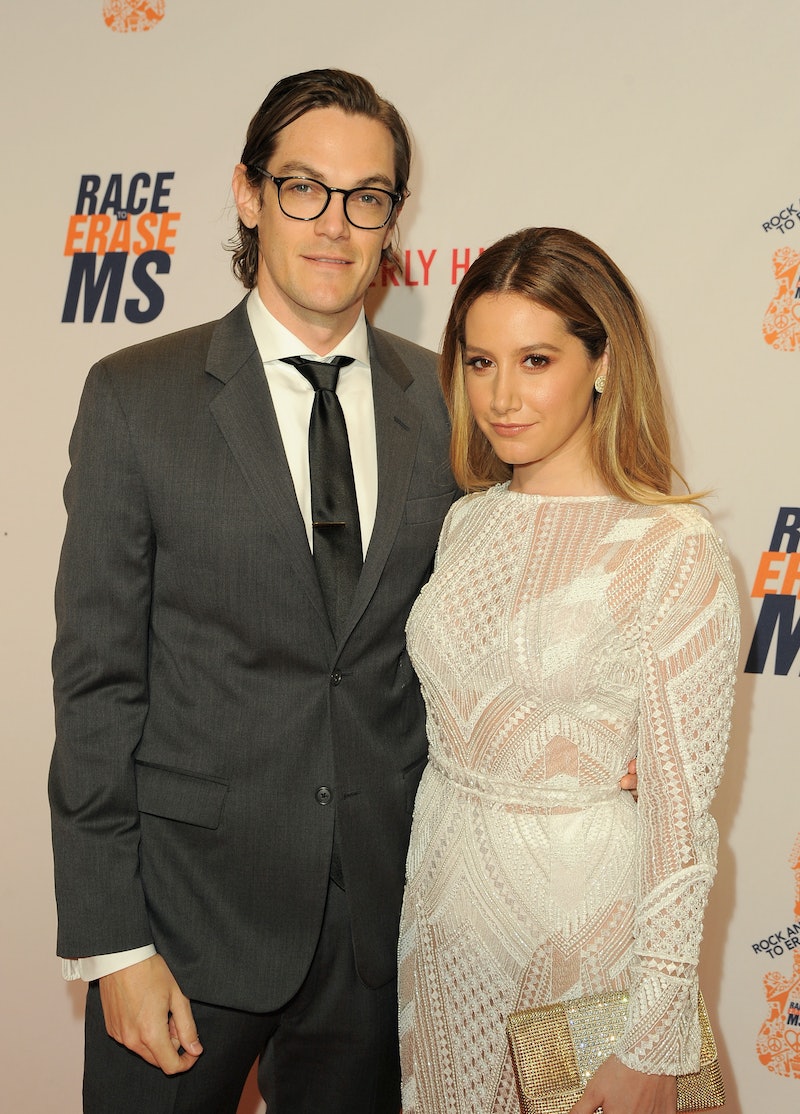 If you're as obsessed with Ashley Tisdale and Christopher French's cover of Paramore's "Still Into You" as I am — besides the sweet, acoustic simplicity of their version, half of the buzz about that video was due to the happy couple's looks of love — you're going to want to know everything you can about your fave celebrity couple. Including, of course, how exactly it is that they met and if it's a meet-cute that you can recreate for yourself (you can).

Before Tisdale and French wed in September 2014, they were just your average good-looking celeb couple, with Tisdale, of course, being a well-known actor/singer and former Disney Channel star, and French, well, being a slightly less well-known musician, but a frontman in Annie Automatic nonetheless. Does it come as any surprise then, especially for a couple who have racked up almost 1 million views for their Paramore vid, that these two definitely met through friends in the music scene?

According to an Us Weekly source who spoke to the magazine in December 2012, Tisdale "likes those rocker types," which is a sentence that can also be used to describe me. "They have mutual friends and just met through hanging out."

To hear Tisdale tell it, it was love at first sight. She gushed to Ryan Seacrest in 2013 that she instantly knew French was The One.

"I think from the moment that him and I met, I just knew it," she said at the time. "I was like, 'OK, this is the guy,' and he knew the same thing. It doesn't get any better. I just can't explain it."

There's clearly something to be said about meeting through friends (they can vouch for the guy, and there's a simple ease of just getting to know each other on a "friends" basis that you don't get if you're set up) — but I would also argue that there's also something to be said for meeting those so-called "rocker types," probably because I have a thing for them myself.

Hey, it worked out for Tisdale and French! Who, by the way, probably have some mutual friends they have thanked profusely over the years for their ~rocker romance~. Theirs is certainly a meet-cute worth celebrating.