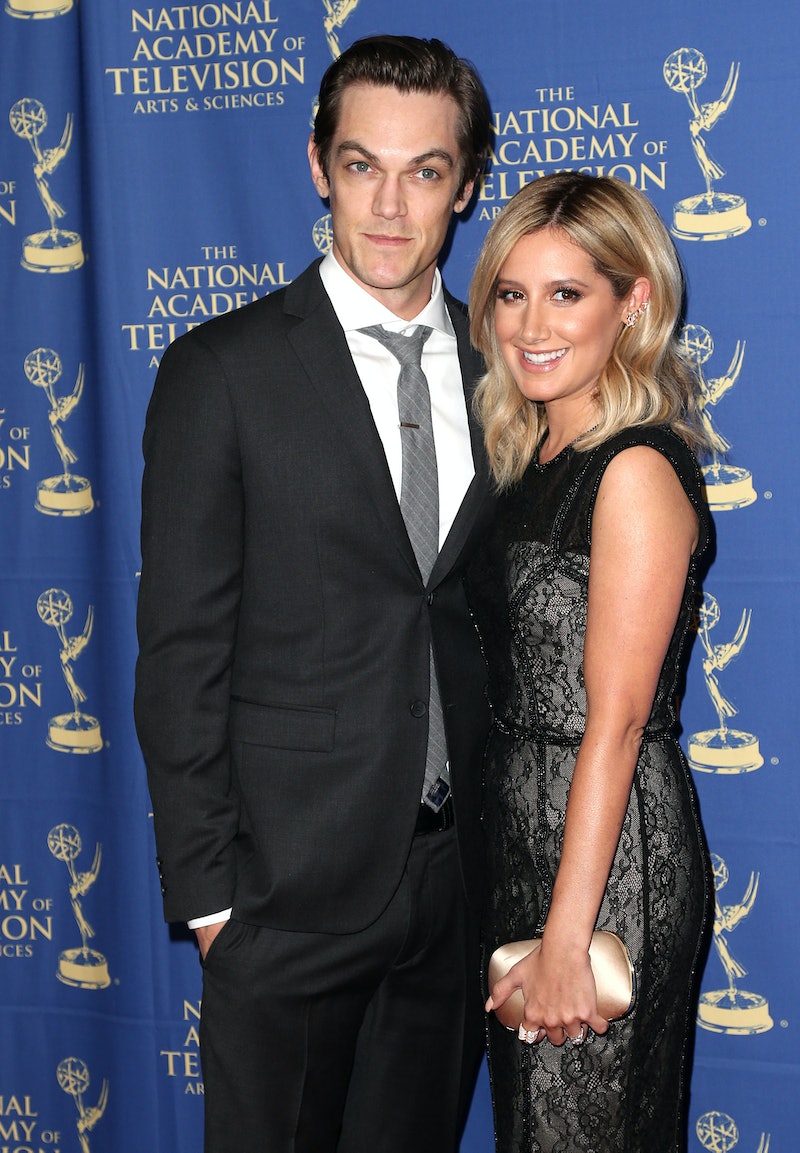 It seems like Sharpay Evans finally found someone worthy of how "Fabulous" she is. That's right everyone, High School Musical graduate and actress Ashley Tisdale got married to musician Christopher French. The musically-inclined pair first stepped out publicly in 2012, and a short eight months later, Tisdale tweeted out, "Best night of my life" after French proposed to her in one of the indisputably most romantic locations ever — on top of Manhattan's Empire State Building. The feels are real, people. Although everyone is well acquainted with the blonde, bubbly, actress half of this husband-and-wife duo, who is Christopher French? We have answers!

French has been making music since he was 11. In 2009 he founded LA based band Annie Automatic and has stuck with them ever since. Hopefully a record detailing the adorable, swoon-worthy marriage to Tisdale makes its way onto the airwaves soon.

He doesn't mind the Hollywood fame

Tisdale is constantly followed by paparazzi, but it doesn't seem to phase French. In an interview he said,

The thing is, we’re all just people living our lives, doing our thing. But, I honestly tend to live in my own little world, and am blissfully unaware of so much.

He doesn't take things too seriously which is perfect for Ashley

No offense Cat Dads, but Dog Dudes are where it's at. He's retweeted quite a few PETA messages about the treatment of Pit Bulls (unfortunately, not the singer) and celebrated National Dog Day. If that doesn't make you weak in the knees, well... go home.

So much so that he lent a hand to her new show, music-wise! He captioned this cute shot on his Instagram account, "This hilarious new show premiers tomorrow night! My girl's a producer & the music is by me. Please tune in & help us kick it off RIGHT #youngandhungry @youngandhungryabcf."

He Has Gabriella's approval

HSM co-star and actress Vanessa Hudgens gushed to the Daily Mirror a few months ago, "I think they just inspire each other. They're just great, I love him for her!" If Gabriella OK's this union, it must be love.