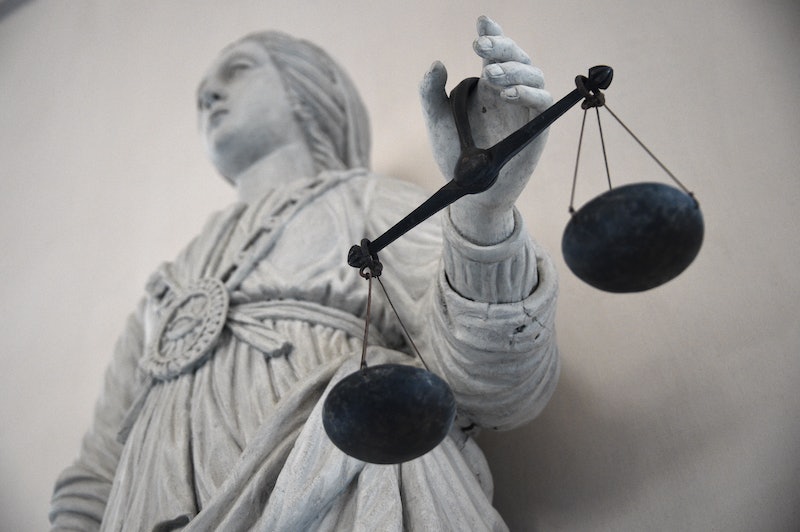 Well, look who's back in the news. This week, a domestic violence case dating back to 2015 will be revisited in a Palo Alto, California, courtroom, but the judge who initially arranged a plea deal with the defendant won't be anywhere to be found, because he's been moved to a San Jose courtroom. Judge Aaron Persky, who gave Brock Turner his mere six-month sentence for sexual assault earlier this year, is now drawing fire for his leniency in the case of college football player Keenan Smith.

Here's the basic situation: Last year, months before his light sentencing of Turner sparked so much public outrage that Persky stopped hearing criminal cases altogether (for the time being, he's sticking to civil cases), the Santa Clara County judge cut a deal with the 20-year-old Smith, who was convicted of physically attacking his girlfriend, as well as a bystander who attempted to intervene.

The College of San Mateo running back received a pretty sweet deal. As the Mercury News detailed, he ultimately served just about half of a 60-day sentence, in addition to community service on the jail's work team on the weekends and the completion of a 52-week domestic violence prevention course. But he reportedly failed to regularly fulfill the community service obligations until relatively recently — despite being in uniform and on the field for each and every one of CSM's football games.

In other words, it was another instance where Persky gave a light sentence to somebody who abused a woman, and it inflamed the public and gave new rise to accusations of bias and impropriety. The situation is worsened by the fact that Smith reportedly hasn't even lived up to his part of the very generous deal he got from Persky — Turner, for all the criticism and calls to action, has fulfilled his sentence so far.

Stanford law professor and anti-Persky campaigner Michele Dauber has cited the Smith case as further evidence of why Persky should be recalled and removed from the bench. According to her, it's yet another troubling example of the judge prioritizing the future of a young male athlete over justice for a victim — like Smith, Turner was a talented athlete at Stanford University, though he was banned from swimming after his sexual assault conviction:

Judge Persky clearly sent the message that football was more important than violence against women.

Persky has launched a website to defend himself, RetainJudgePersky.com. It includes a statement that reads, "I believe strongly in judicial independence. I took an oath to uphold the Constitution, not to appease politicians or ideologues. When your own rights and property are at stake, you want the judge to make a fair and lawful decision, free from political influence."

"As a judge, I have heard thousands of cases. I have a reputation for being fair to both sides," it continues.

Smith's attorney, for her part, believes her client is getting caught up in "the political nature of all the stuff that's going on with the recall," according to NBC Bay Area. And however unsympathetic his side of this story may be, you can definitely see how that might be true — since the Turner sentence, Persky has been under nearly ceaseless pressure to resign, or to face a fervent recall effort.