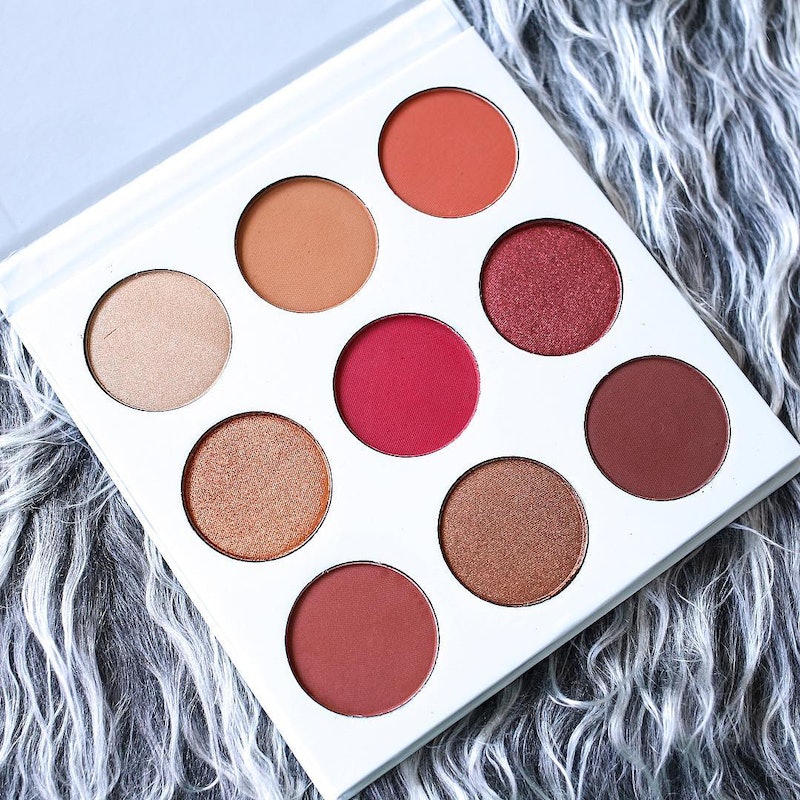 The latest Kyshadow palette has been revealed, and it's so incredibly on trend for fall. For those unsure of what was coming next for Jenner, fans now what the Kylie Cosmetics Burgundy Palette looks like, and they're stocked. However, fans of the first palette should know that the Burgundy Palette veers away from the Bronze palette in more than just color, so be prepared to feel like you've gotten an all new luxury palette.

While the Burgundy Palette is set to go on sale Oct. 20, fans have been getting sneak peeks thanks to Jenner, and on Monday, she released a video of makeup artist Ariel Tejada showcasing how to use the palette to achieve a gorgeous warm eye perfect for fall. In the video, however, it was revealed that the Burgundy Palette features a new formulation than the previous palette. Perhaps that's why Jenner has told fans these palette took longer to develop?

In the video, Kylie Jenner said, "They have a brand new formula. They have a lot more sparkle than the last palette." The Kylie Cosmetics owner also explained that she changed the palette "at least five times" before it actually went into production so you know this baby is good. Plus, it's clear she listened to fans who wanted more drama with her shimmering shades.

So far, fans seem pretty stoked about the new palette, the new formulation is sure to be a hit as well. If I had to bet, the palette is going to sell out just as quickly as its bronze sister. After all, Jenner herself is conducting a palette countdown on her Snapchat to get fans even more fired up for the launch.

The palette is set to launch on Thursday, Oct. 21, and even without Jenner's hyped countdown, it's clear to see, based on the Twitter reactions to the palette, that fans are going to go bananas.

Personally, I can't wait to see if I can get my hands on those new shimmers.