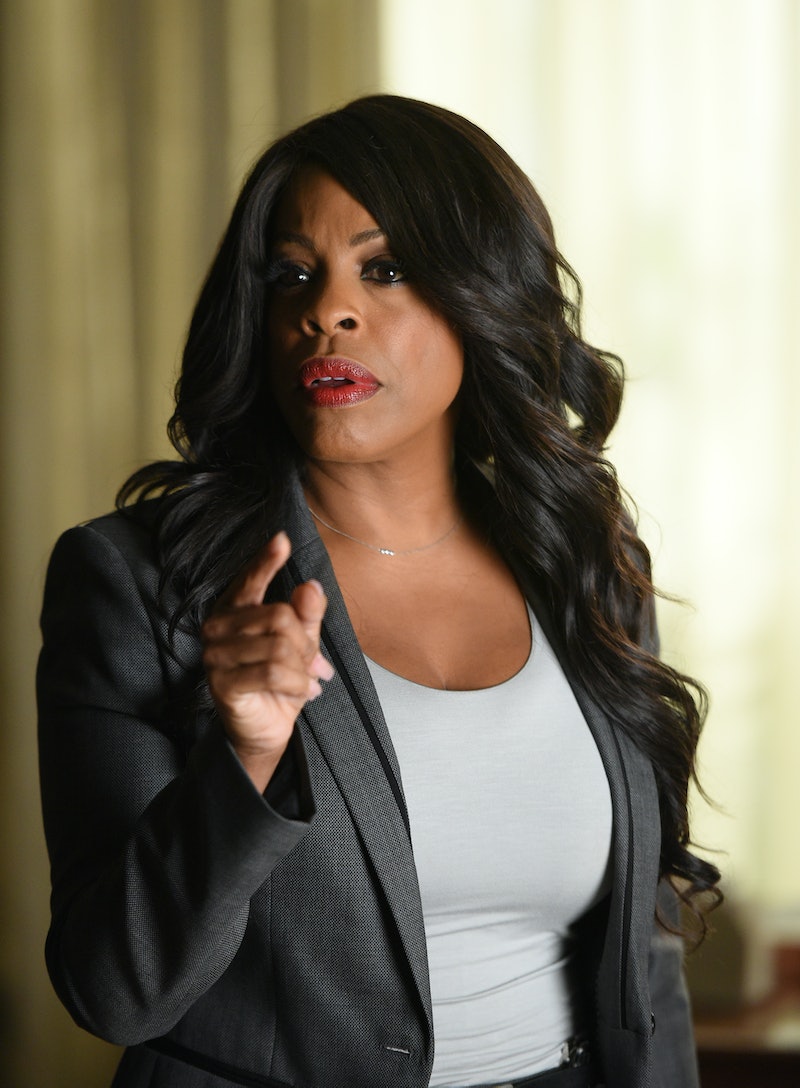 The Oct. 18 episode of Scream Queens, "Halloween Blues," was a doozy. Just as fans were starting the grieving process after losing Chad Radwell last week, it goes and possibly takes another beloved character way from us. In a devastating twist, the Green Meanie may have killed Denise Hemphill this week and though we don't have confirmation of whether she is truly dead, things certainly weren't looking good at the end of the episode.

I was already reeling after the Green Meanie stuck a big knife into Chanel #5's back, especially since it would mean that Scream Queens is down to only two Chanels. So, color me surprised to see #5 still breathing when Denise happened upon her in the hallway. Unfortunately, the Green Meanie had not left the scene of the crime, which led to a confrontation with our favorite Special Agent from Quantico. Forever the badass, Denise didn't back down but received a jolt from a nearby defibrillator. If it was only once or twice, I could see her walking way but he gave her one last shock that left her motionless on the floor.

We don't know whether Denise will survive that attack, but fans were panicked at the thought of losing her. Sure, Chad was tough to say goodbye to, but Denise Hemphill is a national treasure.

I am willing to bet that Chanel #5 could be saved, and as far as we know she was still alive in the end. Sadly, I can't say the same about Denise — I think there is a pretty good chance that she has gone to the big FBI academy in the sky. The last shot of her in "Halloween Blues" showed her eyes wide open, but there was simply nothing there. I'll keep hoping for the best, but I think Scream Queens fans should start emotionally preparing to say goodbye to yet another favorite character.