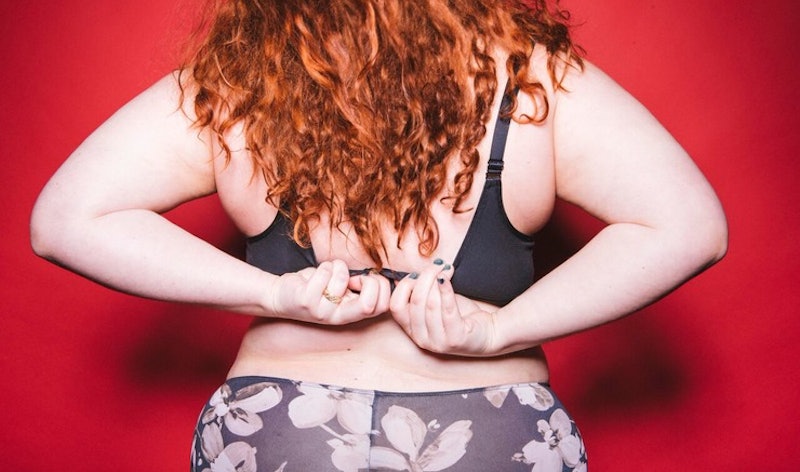 You should start getting mammogram screenings as soon as possible and get them often, right? Perhaps not. As we come to the end of Breast Cancer Awareness Month, it turns out there's a lot of argument in the medical community about the right frequency of mammograms as women age. In fact, the American Cancer Society, which publishes guidelines for the population on how often you should get mammograms based on your age, genetic link to other breast cancer sufferers, and other factors, went against a lot of standard wisdom last year by pushing for a much more lax mammogram regimen than they'd previously recommended. What's really going on?

To understand the controversy, it helps to first know what a mammogram actually is. It's an early detection mechanism in a cancer screening program, trying to catch early signs of anything unusual in breast tissue. It operates by compressing breast tissue between two plates and taking an X-ray, which can be an uncomfortable experience. If a mammogram shows something unusual, the usual procedure is to go for further tests that are more invasive: biopsies, for instance, involving the removal of some of the breast tissue for examination under a microscope. The previous thinking of the American Cancer Society was that, as the risk of breast cancer increases with age and is most common in menopausal and post-menopausal women, regular screening was crucial to catch signs early.

The things that have changed? Our understanding of how particular cancers affect different women as they age, the pros and cons of mammograms and biopsies, and whether it's worth the risk.

How Often You Should Get Mammograms

The shift in guidelines, published in October 2015, recommends that, instead of having yearly breast cancer exams once they turned 40, women with no family history of breast cancers or radiation treatments (called "average risk") could wait until the age of 45, and once they turned 55 it was OK to go down to one mammogram every two years. The thinking behind it? In some contexts, mammograms can do more harm than good; and less frequent tests better match the type and frequency of breast tumors in women as they age.

Harvard Medical School unpacked the new guidelines in detail. One of the most substantive reasons behind the downplaying of mammograms for average-risk women was that mammograms could lead to significant stress on the body. Any sign of unusual tissue, understandably, then needs to be biopsied, even if it turns out to be benign. (Around 7 to 17 percent of mammogram patients will have biopsies for "false positives".) This, apparently, isn't the biggest issue on the table, though: There are smaller, slower cancers that actually wouldn't cause any harm if left alone, but current medical science can't distinguish what they are. It's called overdiagnosis, and it's a genuine problem.

The National Cancer Institute explains the problem of overdiagnosis in mammograms like this:

Diagnosis of cancers that would otherwise never have caused symptoms or death in a woman’s lifetime can expose a woman to the immediate risks of therapy (surgical deformity or toxicities from radiation therapy, hormone therapy, or chemotherapy), late sequelae (lymphedema), and late effects of therapeutic radiation (new cancers, scarring, or cardiac toxicity). Although the specific plan of recommended treatment is typically tailored to individual tumor characteristics, at this time, there is no reliable way to distinguish which cancer would never progress in an individual patient; therefore, some treatment is nearly always recommended.

Overdiagnosis isn't a common issue, but it's clearly caused enough of a worry for the American Cancer Society that they've pulled back their mammogram recommendations. Slower cancers are also the reason for the shift to biennial screenings over 55; the tumors in older women tend to be less aggressive, which means less frequent screenings will still catch them without exposing patients to too much stress.

What That Means For Younger Women

Mammograms are necessary for all women; don't get the idea that they aren't. For women between the ages of 40 and 74, mammograms have reduced the relative mortality rate from breast cancer by between 15 and 20 percent. It's not a silver bullet, but it's definitely an aid in our attempts to get breast cancer early. (Before that age, it's just recommended you do breast self-exams regularly and go see a doctor if anything seems unusual.)

The U.S. Preventative Services Task Force had added its voice to the debate. (Yes, I know it sounds like some kind of mysterious government agency, but it's actually a health care panel that looks at the science of preventative medicine.) It recommended in 2016 that the screening age actually start at 50 for average-risk women, and that it proceed biennially until the age of 74. And mammograms in other areas beyond the average-risk women are being regarded with moderation.

The Cancer Prevention & Treatment Fund notes that, while any woman who notices lumps or problematic signs on her breasts should get checked out immediately, medical advice around women who carried the BRCA genetic mutation, a genetic precursor to breast cancer in some cases, has changed. Women with the gene used to be told to get yearly mammograms between the ages of 25 and 30, but the age has now been shifted to over 35, since anything before that age has a significant cost. Radiation adds up; the toll of pre-35 annual mammograms on the body could, in rare cases, lead to cancers developing over a woman's lifetime.

The age at which you're advised to start mammograms actually may depend on your doctor; the Mayo Clinic, for instance, still recommends starting them at 40, though it says it's reviewing all the new evidence. And there are other options available; the National Institute for Health in the U.K. has recommended that, instead of mammograms, high-risk women between the ages of 30 and 49 ("high-risk" generally meaning they've had breast cancer before) be given MRIs instead, to reduce radiation exposure.

But one takeaway from this is crucial: If you notice anything problematic at all, particularly if your family has a health history of cancers, get yourself to a doctor immediately. STAT. Now. ASAP. Do not wait. (The fact that it's Breast Cancer Awareness Month means that many screening centers in the U.S. have mammogram discounts. The more you know...)