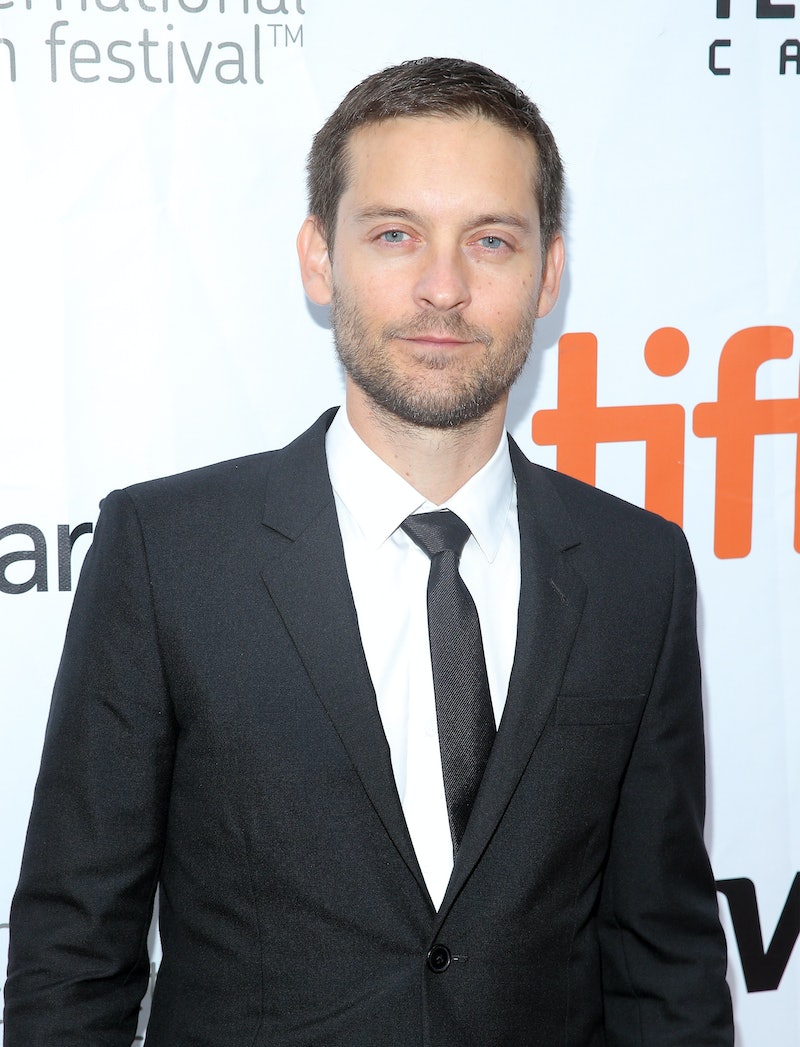 On Tuesday, Tobey Maguire and Jennifer Meyer announced that they were separating after nine years of marriage. On Wednesday, incredibly grainy photos emerged of Maguire talking to Sofia Richie at 1OAK Nightclub in West Hollywood back on Oct. 1. While people automatically assumed the worst — this was before Maguire and Meyer announced their split! What does it mean?!?! — it's important to look at the facts and not jump to conclusions.

For one, TMZ sources claim that Maguire and Meyer have actually been separated since June — so if anything ~romantic~ was actually going on between Maguire, 41, and Sofia, 18, it wouldn't be like he was cheating on his wife. But more importantly, these pictures literally show nothing but two people standing next to each other at a club and leaning into one another to presumably talk (for all we know, they could have literally just been walking past each other). Plus, they're at a club, where the music is most likely loud AF and where you'd need to lean in to talk just so people can even hear what you're trying to say. Not to mention the fact that Maguire is friends with Sofia's sister Nicole — and they could just be catching up.

Yes, as for evidence that Nicole Richie and Tobey Maguire run in the same circle, here is an entire Daily Mail article chronicling Nicole's July 2014 Disneyland playdate with Jennifer Meyer and their children (both have daughters and sons around the same age). There's also the fact that both the Meyer-Maguire and Richie-Madden families attended the same birthday party in August 2012, proving that they've literally been friends for years.

So while "Tobey Maguire & Sofia Richie" definitely make a tantalizing headline and a "WHAT."-worthy thought, right now there's nothing more to go on other than there are super grainy photos of them talking at a club and Maguire (and Meyer!) has a well-documented friendship with Sofia's older sister. It may not seem as scandalous when you put it like that, but it's a lot more truthful than a knee-jerk reaction (and some initial headlines) might make you think.