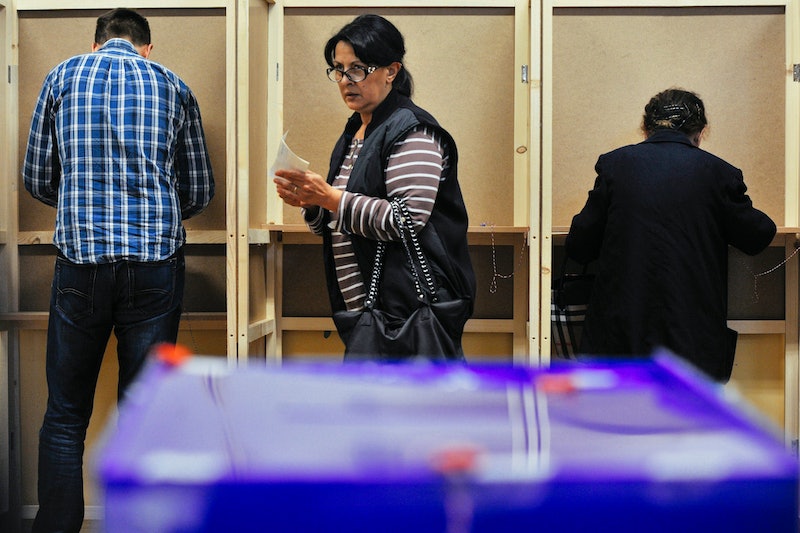 With all the buzz surrounding the 2016 presidential election, it can be hard to focus on all the other incredibly important parts of an election season. We are not only electing a president, but the congressional elections are also taking place. I just voted via absentee ballot and I cannot stress enough how important it is to not only vote, but research candidates and complete your ballot in full. This election seems like a big mess to many, but doing your part and voting is critical — 469 of 535 seats in the U.S. Congress are up for election this year.

So how does this whole process work? Well to start, the congressional elections are held every two years. The presidential election is held every four years on the Tuesday after the first Monday in November (yes Trump Nov. 8). There are elections for one-third of the Senate — who have six year terms — and for everyone in the House of Representatives, who are eligible for re-election after two year terms. On your ballot, there are options for a U.S. Senator and for U.S. Representative.

These representatives are the people who sponsor bills and if they pass a majority vote, they move on to the Senate and potentially become a law. A law, guys. These people are crucial to creating laws that have to do with environment preservation, women’s equality, birth control and abortion rights, and healthcare to name a few.

So, when you walk up to your polling station (or fill in the circles on your absentee ballot), please know that you’re not only voting for the president, but also the other political figures that help decide what gets passed onto the president before it is law. A lot of people choose to leave these and other local positions blank simply because they don’t know what the people stand for. Look up your federal, state, and local candidates so you can make an informed decision at the polls.

Now that you know how congressional elections work and have looked at your candidates, find out here where to cast your vote. Your opinion matters.