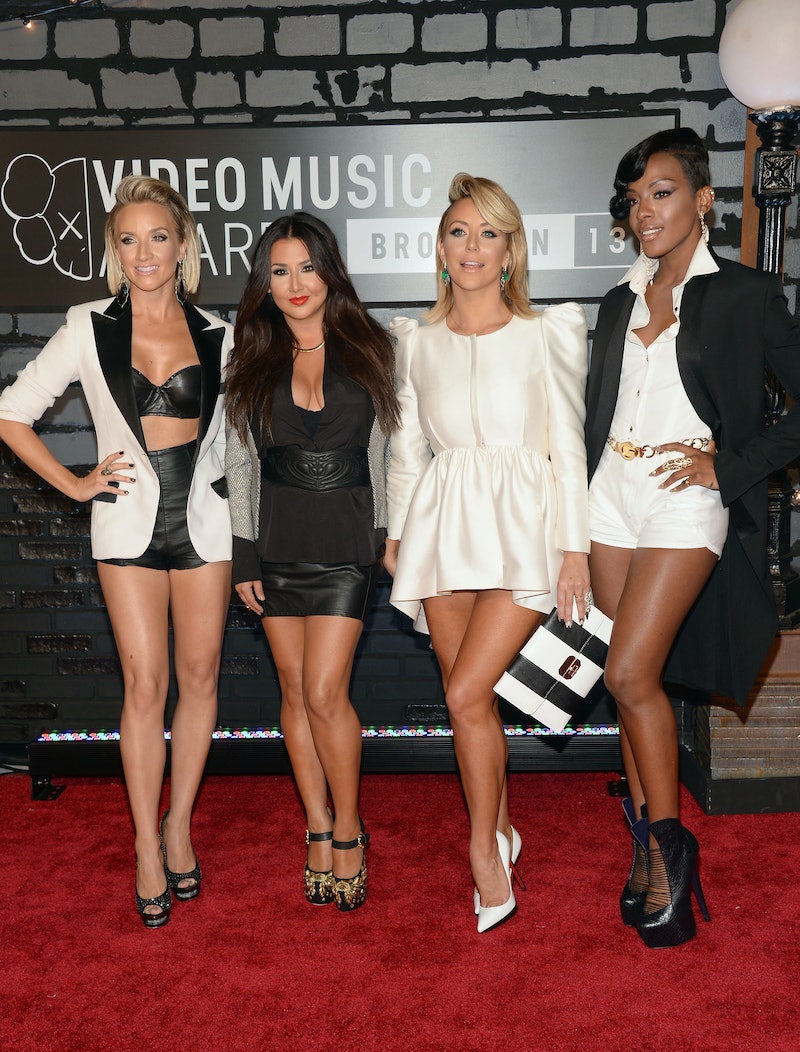 The first girl group breakup to crush my spirits was the dissolution of the original Destiny's Child. It took a while to accept the new members but things between us were never quite the same. At least there was a group left in their aftermath, unlike with Danity Kane, the second girl group breakup I shamelessly mourned. I would listen to their 2008 (yikes, has it been that long?) release Welcome to the Dollhouse and be like, "Man, this is some good pop music. I miss them. I wish they'd come back..." Then a reluctant search for a pair of big girl panties would follow, along with acceptance of the fact that a Danity Kane reunion would never happen. But eventually it did, as the band announced a tour!

I'm so confident that this reunion will be a success that I'm willing to place a small wager on it. And by success I mean, they will stay together and continue to bring us the energetic, sexy performances that made us love and subsequently miss them in the first place.

The first and most obvious reason to support this bold declaration is that they've been through some shit. So by now they should be grown-up enough to handle anything that threatens their union. On MTV's Making The Band , we watched as they were brutally groomed into a legitimate pop group, all while enduring public scoldings, some super dramatic reality TV story lines and in their earlier days, some really bad hair and makeup. Despite these obstacles, they still reached platinum-level success-- only to be fired on national TV. If those experiences don't produce an increased level of maturity, I don't know what will. Will they have more catfights in the future? Why, sure! But after dealing with a crazed Laurieann Gibson yelling "Boom kack," and a stone-faced Diddy constantly dangling the group's fate over an open flame with a blinged out pinky finger raised, nothing should be able to come between them and everlasting epic music and infectious choreography.

Another reason that Danity Kane absolutely will stay together this time is because Dawn Richard put a successful solo career on hold for a new DK album. This may sound bad, but she doesn't necessarily need the group. She was doing just fine all by her lonesome. There were the appearances in Vogue Italia in 2012 and 2013. Her debut album GoldenHeart held the number one spot on iTunes R&B charts. Pitchfork agreed with me when they called her debut EP Armor On spectacular. All this (and more) was accomplished without major label backing. Surely she wouldn't postpone solo projects that are steadily gaining steam for something that's not going to yield equally awesome results.

Aundrea Fimbres couldn't even show up to a performance with Aubrey O'Day on her Oxygen reality show All About Aubrey , but nowadays Fimbres seems like she's all in. I'm also encouraged by Shannon Bex's cooperation. At one point, she refused to make appearances with the remaining members of the group.

Due to the missing member D. Woods, fans who want nothing less than the return of the original five probably consider the group permanently damaged, but the fact that the foursome got their stuff together enough to reunite, pack venues to capacity, and plan a tour makes the case that they are not most definitely not beyond repair.

More like this
Beyoncé’s New Duet Made Her Mom Cry — & Is A Nod To An Old Destiny’s Child Song
By Grace Wehniainen
Britney Spears’ Lawyer Responds To K-Fed’s Leaked Videos About Their Sons
By Grace Wehniainen
Beyoncé Sent Flowers To “Masterpiece Genius” Madonna After The “BREAK MY SOUL” Remix
By Grace Wehniainen
Lauv Is No Stranger To Taylor Swift, Drake, Ed Sheeran, & Fame
By Alyssa Lapid
Get Even More From Bustle — Sign Up For The Newsletter