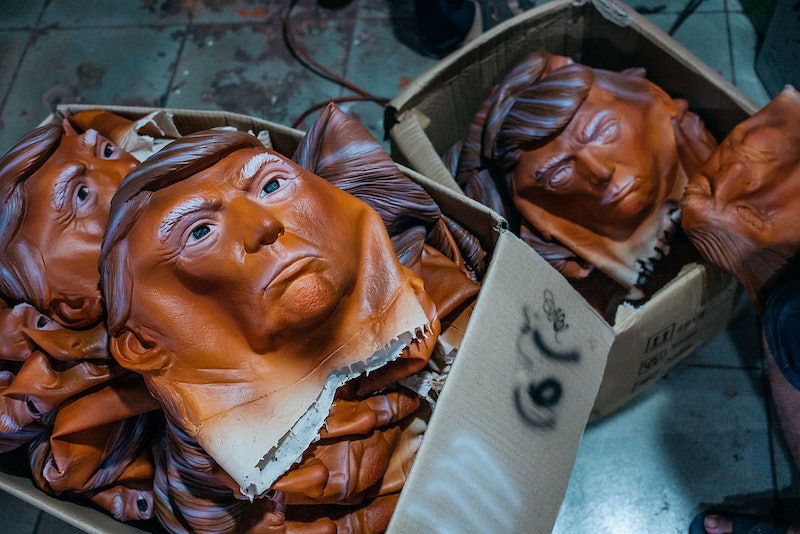 If you are not currently stuck somewhere between exhausted and "so over it," you probably haven't been paying that much attention to this year's presidential election. It has been a doozy of a year with both major party candidates battling ongoing low approval ratings. The, at times, record-breaking level of dislike has led many to seek out other options instead of Republican nominee Donald Trump and Democratic nominee Hillary Clinton. And there are other options! In fact, there is a buffet of write-in candidates for president, you probably just never heard of them.

To be clear, a third-party candidate is not the same as a write in candidate. You've probably heard of Libertarian party nominee Gary Johnson, although you possibly know him mostly for not knowing what Aleppo is. You maybe know Green party candidate Dr. Jill Stein, who has courted Sen. Bernie Sanders and his supporters on more than one occasion.

Those are the major third-party candidates, and with both being on a majority of the ballots, it's very likely you will see them on your ballot. However, there are even more options if none of the fabulous four float your kayak.

In our country, 43 states allow write in candidates. Hawaii, Louisiana, Mississippi, Nevada, Oklahoma, South Carolina and South Dakota are the states that say you have to pick a name that is on the ballot. But that doesn't mean you can just write in a name willy-nilly and have it count. Each state has a separate set of rules for what a write-in candidate has to do to have their name counted if someone writes their name in. Every state has a different number of write-in options, and My Time to Vote shows dozens of write-in candidates and there are even more than those. Who are they? Most of them are potentially difficult to take seriously.

For example, consider Will Dodds — who not only asks for a girlfriend but for himself on his campaign website — how to spell check and say "the Face Book." He also takes groundhog rights very seriously.

One is a cookie. Yes. Cookie Hydrox is a cookie that is running for president, website, Twitter account and all. Darth Vader and Buddy the Elf are also technically registered as write-in candidates. Something called Lord Jesus Dog Ickes is registered as a write-in (and if you find out what that is please let me know).

Really the list is seemingly never ending for random and inappropriate write-in candidates, including Yoda, Bye Felecia, Rarest Pepe, and Sir Swagmasta420Keng$. Because when they say that anyone can become president, what they really mean is anyone can fill out a form to become a write-in candidate.