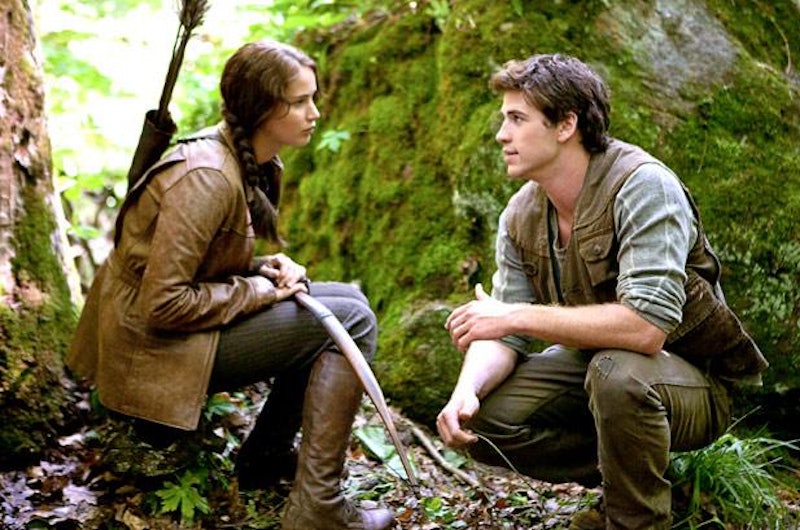 The past few years have been a pretty good time to be a middle-school-aged girl who loves to read. As someone who grew up on Judy Blume books, I'm glad to see that the latest generation of girls has some good literature to grow up with. Suzanne Collins’ The Hunger Games, along with Veronica Roth’s Divergent trilogy have all featured kick-ass heroines written into compelling stories, and most have passed the Bechdel Test. So far, so good.

Unfortunately, the influx of these badass books hasn’t brought a lot of body diversity to the Young Adult section of the bookstore. At The Atlantic, Julianne Ross points out that almost all of these blockbuster characters, including Jennifer Lawrence’s portrayal of Katniss Everdeen, were extremely petite, and that the choice to portray these characters as “thin” or “small” is very deliberate. Ross writes:

“Since these characters are nearly always underestimated based on their size, it’s safe to assume readers are meant to see their triumphs as all the more impressive. Having a tiny heroine is an easy way to create a satisfying David and Goliath narrative—the stuff on which young-adult fiction is built. But so many stories about powerful young women employ this trope that it can’t just be written off as lazy characterization. Besides, would their arcs be any less compelling if their thighs touched, or they occasionally had to invest in a sports bra?”

This issue is likely much more complicated than whether or not a female character has a thigh gap, but Ross makes an excellent point. What about these YA heroines absolutely requires that they be thin and small? Would it really be less believable if Tris Prior from Divergent was stocky? Probably not, but the trope of small, frail women doing extraordinary things isn’t exactly new to literature of all genres. In fact, are there any lead characters of young adult books that have ever been fat?

I’m guessing the examples are few and far between. Characters in much of young adult fiction aren’t really that diverse at all — they’re usually thin, and almost always white. Remember the outcry when Rue in The Hunger Games was cast as a black girl? Or when Quvenzhane Wallis was named the new Annie? If characters fall outside of these very specific guidelines of acceptability, there is almost always outrage and hostility.

The lack of size, gender, and racial diversity in young adult fiction is especially troubling for people who have multiple identities that aren’t represented in mainstream media in any meaningful way, like a queer person of color who also happens to be fat. These stories represent and are relatable to actual people’s lives, but it’s likely that we won’t be seeing them on the bookshelves of teenagers anytime soon.