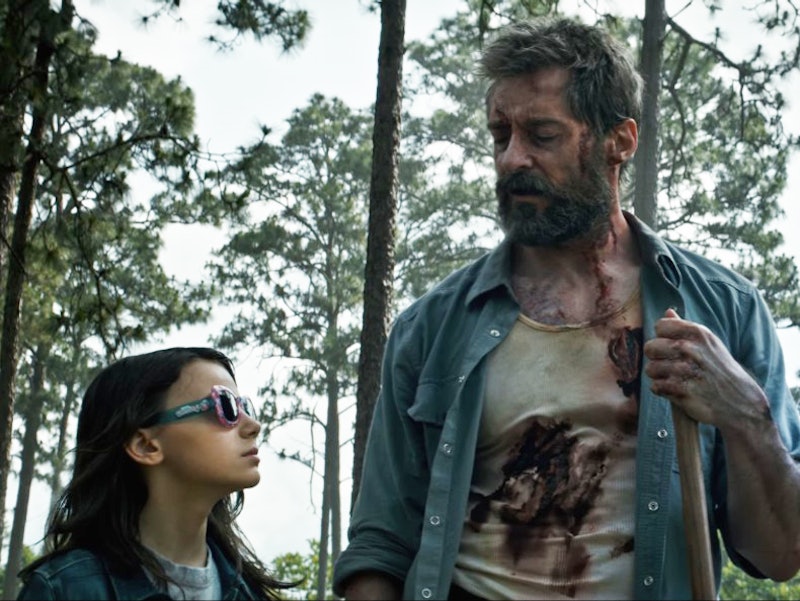 It's the year 2024, and the X-Men are long gone. In the latest X-Men film, Logan , the fate of our world is left in the hands of a fading Wolverine and an Alzheimer's-stricken Professor Charles Xavier. However, the fierce leaders of the X-Men may not be as alone in the battle against corporate leader, Nathaniel Essex, as they seem, because a young girl is appearing on the scene with mysterious powers that make her just like Wolverine. Comic book fans, perk up, because, in the latest trailer for Logan , X-23 appears for the first time. Or so it seems, anyway. So who is X-23, for those of you who don't already know?

X-23 — who goes by the name of Laura Kinney — is a clone raised to be a weapon in the X-Men comics. She has the same genetic mutations as Wolverine, and later steps in to assist the X-Men and stay by Logan's side so she can learn how to best use her developing abilities. It certainly appears as if a young Laura Kinney in training is the character we could be seeing at the trailer's 1:30 mark. However, since Professor Xavier's school and his team of mutants are out of the picture in Logan, and even though she may be a weapon, she might also be Wolverine's last bit of hope.

Laura, who is played by child actor Sienna Novikov (Bad Moms, Daddy's Home) in the film Logan, won't be getting your regular superhero origin story. She was conceived by Doctor Sarah Kinney, and she was raised under Doctor Zander Rice, who did everything to speed up the formation of her powers. X-23 was then shopped around as a weapon for all who were willing to pay the price. A later escape from Doctor Rice's facility ended up taking the life of Doctor Kinney and led Laura to Professor Xavier's school.

So, where in X-23's story will Logan pick-up? From the looks of the trailer, it seems as if Marvel is uniting Wolverine and his young female clone in an earlier stage of her development than when she first appears in the comics. It could just be moments after she escapes Doctor Rice and mourns the loss of her mother that she makes contact with Wolverine. And this could cause Logan to recognize her abilities as similar to his own and proceed to take her under his wing — without the rest of the X-Men there to help train Laura as well.

But no matter what part of X-23's story they decide to adapt, one thing's for sure: my curiosity has been piqued. Logan hits theaters March 3, 2017.