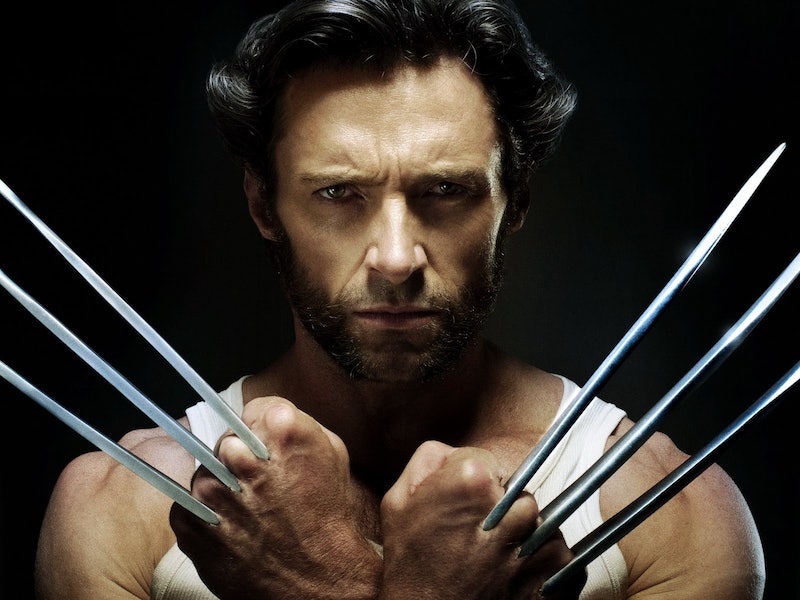 I don't think anyone is ready for this, except, of course, those of us who remember that Hugh Jackman implied he was done as Wolverine in an Instagram post in April. For the rest of the world, find someone to hold your hand. It turns out that Jackman has confirmed Wolverine 3 will be his last time in the role, which means that the X-Men movies will have to find a new star or they'll have to find someone new to play the iconic character. It's understandable that Jackman might be ready to retire, considering he's played the character across seven movies by this point, but that doesn't mean my heart is breaking any less. That sound you hear? Oh, that's just me sobbing.

“This will be my last one,” said Jackman in an interview with Dr. Oz. “It is my last time. It felt like it was the right time to do it. Seventeen years, I never thought in a million years it would last this long." No, Jackman, it is not the right time to do it. I'm not ready. None of us are ready. I know it will probably get awkward playing Wolverine forever, especially since the character isn't really supposed to age, but come on. You are Wolverine. Wolverine is you. It's like trying to separate Daniel Radcliffe from Harry Potter long enough to do a reboot. It's just not going to happen, because you are irreplaceable.

I'm not sure which would be worse at this point: having someone else play Wolverine or having the character be phased out of X-Men movie canon entirely. The first option would give any actor who chooses to fill those shoes some really, really big shoes to fill. That can be unfair to the actor and to the fans. The former is faced with the dilemma of being accused of not being enough like Wolverine or of trying too hard to be exactly like Jackman. The latter is faced with the chaos of being divided between people who prefer Jackman, people who prefer the new actor, and people who like both. A fandom divided cannot stand, you guys.

None of this would be Jackman's fault, obviously. Wolverine is far from the only film role he's ever had, and it's his right as an actor to decide when he is ready to hang up those claws, toss out those sideburns, and move on with his career. He's had an amazing run between the ensemble films and his own solo films that most actors can't brag. (Except, you know, Robert Downey Jr., who beats him with how many movies Iron Man has appeared in and is slated to appear in.) The X-Men franchise is suffering a great loss when Jackman walks away, but there are an abundance of X-Men that could probably use the screen time in his absence.

Personally, I'm hoping that Jennifer Lawrence's Mystique gets her own spin-off series, but that seems increasingly unlikely to happen. In the meantime, X-Men: Apocalypse will be a perfect time to introduce a slew of new characters, get a feel for which ones the audience are responding best to, and then give each and every single one of them their own solo film series. Or, you know, give every single female character their own solo film series to make up for the extreme lack, and disproportionate amount of attention that isn't going to, female superhero films despite the superhero boom. (Just throwing that out there, to any movie studios that might be listening to the rantings of a feminist on the Internet.)