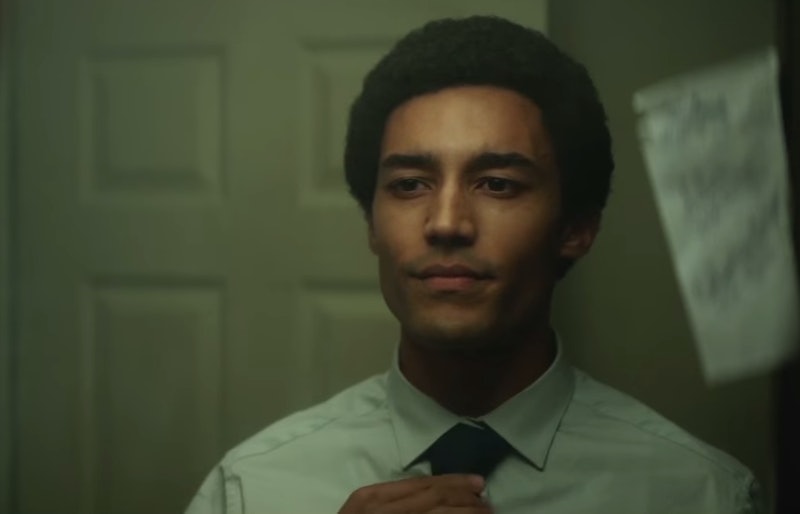 If you've been wanting another movie about President Obama before he was POTUS, here you go. The first trailer for Barry is finally here. Even though the teaser for the Netflix biopic is super short (it's only 30 seconds), it will still cause excitement for those who can't wait to see Barack Obama as a young man before he became the first black president of the United States. As the video teases, "before he gave hope," "before he created change," "before he made us believe we can," "he was Barry." The film tells the story of Obama, who was known as "Barry" to his friends, arriving in New York City in the fall of 1981 to attend Columbia University.

According to the official description, "In a crime-ridden and racially charged environment, Barry [played by newcomer Devon Terrell] finds himself pulled between various social spheres and struggles to maintain a series of increasingly strained relationships with his Kansas-born mother, his estranged Kenyan father, and his classmates. Barry is the story of a young man grappling with those same issues that his country, and arguably the world, are still coming to terms with 35 years later." It is directed by Vikram Gandhi and also stars Ashley Judd, Jenna Elfman, John Benjamin Hickey, and, Ellar Coltrane (Boyhood), and Jason Mitchell (Straight Outta Compton).

Barry was picked up at the Toronto Film Festival in September and will be released four months after Southside With You, which followed Barack (Parker Sawyers) and Michelle Obama's (Tika Sumpter) very first date. This particular film doesn't have so much of a romance vibe, but still seems like an interesting look at the man who who made history. If you consider yourself a true fan of President Obama, then you'll probably want to check out not only the film, but also the following trailer.

Be sure to mark your calendars for Dec. 16, when Barry will be released on Netflix.

More like this
Here’s Everything Coming To & Leaving Netflix In February
By Jake Viswanath
Twitter Is Mad At The Razzie Awards For Nominating A Child For Worst Actress
By Radhika Menon
Here's How Netflix Should Adapt Prince Harry's Memoir Into A Movie
By Ginny Hogan
You Might Want To Rewatch This Key 'On My Block' Scene To Understand 'Freeridge'
By Grace Wehniainen
Get Even More From Bustle — Sign Up For The Newsletter
From hair trends to relationship advice, our daily newsletter has everything you need to sound like a person who’s on TikTok, even if you aren’t.