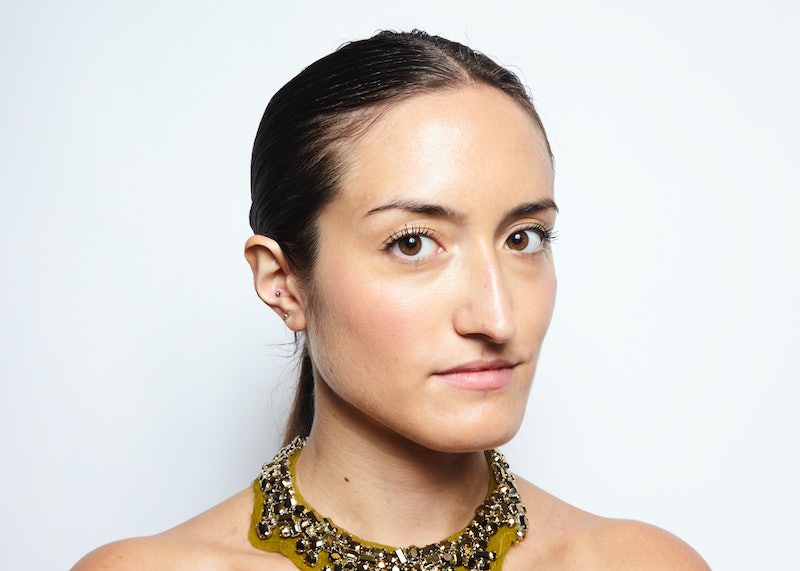 It's a beautiful thing to see misogyny called out, repackaged, and rebranded as a message of female empowerment. "Such a nasty woman," Donald Trump muttered, apparently to himself, during Wednesday night's third and final presidential debate. It didn't take long for #NastyWoman to catch on. Here is, after all, a cut and dried description of the kind of woman Trump thinks Clinton is: tough, powerful, dynamic, and unafraid to call out bullshit. Trump meant it as an insult, but Clinton's supporters swiftly reclaimed it. "I am a nasty woman," supporters began tweeting early Thursday morning.

So what is a nasty woman? Well, here's how Bustle's Gaby Moss puts it in her essay "Let A Nasty Women Like Me Explain": "I hope you do something nasty today. Demand to be paid what you're worth! Correct a sexist! Call out a dude who thinks his balls need to take up three seat on the bus at rush hour! Refuse to let someone bully you and then convince you that accepting bullying is the polite, ladylike thing to do. Because being ladylike is a cage. And being willing to be nasty is the only key."

"I Am A Nasty Woman" was trending as of Thursday morning, with feminists everywhere proudly embracing the term.

"Nasty" For Calling Out Misogyny

"Nasty" For Being Brave

"Nasty" For Getting Shit Done

"Nasty" For Enjoying Your Voting Rights

So go ahead. Do something nasty today. You know Clinton would be proud.