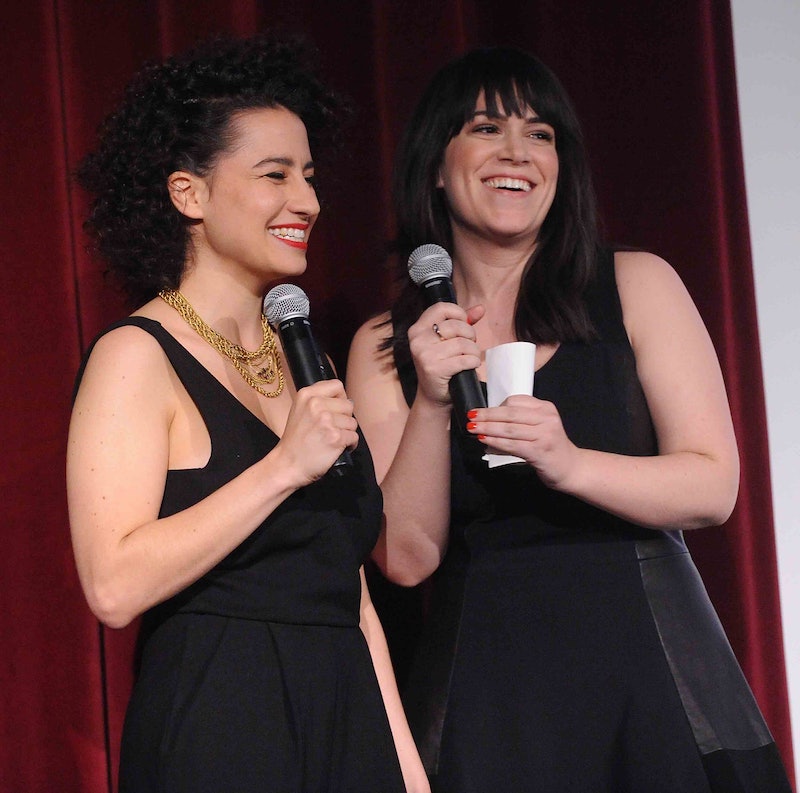 Alas, fellow fans of awesomeness, Broad City's Season 1 finale has come and gone and now, we are alone in the world — if "alone in the world" translates to "without unseen Broad City episodes." Still, this next year (or so) is going to be tough as we wait for the Broad City Season 2 premiere. We're left to wonder when the Comedy Central gods will bless us with another season of Ilana Glazer and Abbi Jacobson's immaculate stoner comedy, as — rather fittingly — the network doesn't exactly adhere to a strict season premiere schedule.

We could do a little research into the history of Comedy Central scheduling and see that while a newer show like Inside Amy Schumer is returning almost exactly on schedule — it started in April last year and is revving up a few weeks earlier in the same month this year — Broad City's pot humor cousin and time slot buddy Workaholics tends to pop in and out of the schedule whenever it damn well pleases. There is no exact science to this game, but if the past is any indication we could be waiting anywhere from five months to a year for new Broad City.

So until we know for sure, there's only one thing to do: find a coping mechanism. The use of Ilana's favorite relaxation method straight out of nature's pocket, is of course, optional.

It won't be easy, but you'll have to look away from your television and towards other people. Be warned: you may not adjust back to reality very easily.

Step 2: Take Back That So-Called Acceptance and Panic

It will be tough, but just think about the fact that after feeling like this for months:

You will eventually feel the loving embrace of your favorite show some time in 2015, like this:

Step 4: Find Something to Distract From Your Crippling Depression

Whether or not you celebrate vape life while finding this distraction is completely up to you.

Though it might make the distraction part a little more, dare we say it, distracting.

If that doesn't work, there's always a new game to learn.

Or try standing topless in Central Park. That works too.

Okay, maybe just watch Broad City reruns after ignoring Drake's advice, because your new friends might look like this guy:

Instead, maybe try finding some new special friends. We're sure you learned a thing or two about that pastime from your ol' pal Ilana.

She's never steered you wrong and she'll be back before you know it.