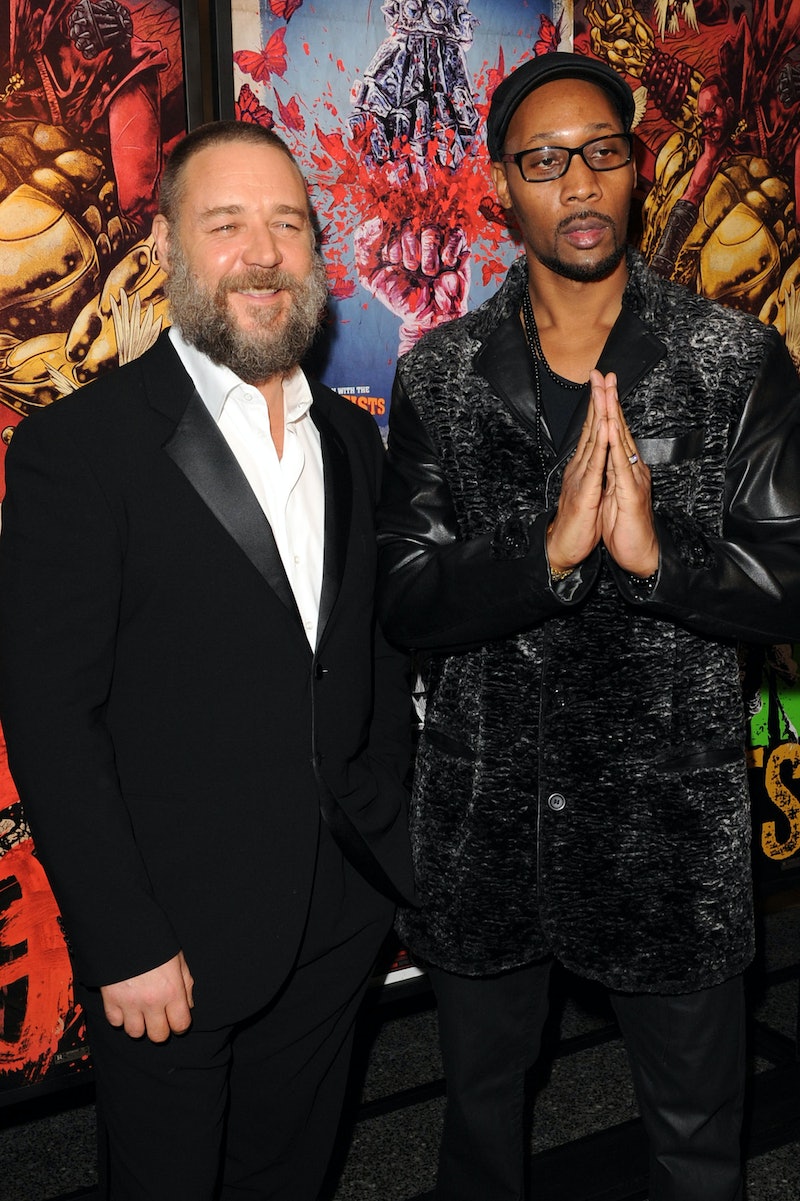 In a lengthy statement posted on his Facebook page, RZA commented on the alleged Azealia Banks and Russell Crowe incident that reportedly went down in the actor's Beverly Hills Hotel suite. The news initially made headlines when Banks, who was a guest of the Wu-Tang rapper that night, claimed Crowe assaulted and shouted a series of racial slurs at her. Anonymous sources at the party claimed to TMZ that Banks was kicked out after she allegedly threatened to throw a glass at guests and allegedly started yelling racial epithets. In his own words, RZA — who has acted alongside Crowe in several films, including their latest, The Man With the Iron Fists — shared the version of events from his point of view. Bustle previously reached out to Crowe's rep for comment on the story, but did not receive a response.

As RZA tells it, he had a professional relationship with Banks — she acted in his film Coco. After working with her on the movie, he claimed, she repeatedly reached out to him for favors, including "economic help" and even for a record deal and a plane ticket to L.A. He says he obliged on all and they met at the Polo Lounge restaurant at the Beverly Hills Hotel.

"I invited her to meet me at the BHH Polo Lounge. Yet I head [sic] also planned on spending some time with my Buddy RC in his suite so I ask him can she join," RZA wrote on Facebook. "He says 'cool Bobby' so I invited her."

"Before the night is over Azealia is insulting half the room she becomes loud and obnoxious," he claimed. "There was nothing funny about her behavior. I felt a little embarrassed because she was my guest. Still verbal abuse can be tolerated but when it goes physical..."

"Azealia threaten to cut a girl in the face with a glass, then actually grabs a glass and physically attacks for no logical reason," RZA claimed in his post. "Russell blocked the attack and expelled her from the suite."

For her part, Banks stands by her story and has since filed a police report against Crowe. Her rep released a statement to E! following RZA's statement, which reads, "Azealia's manager is in disbelief that RZA has pinned so many black female stereotypes and stigma's on Azealia in his statement."