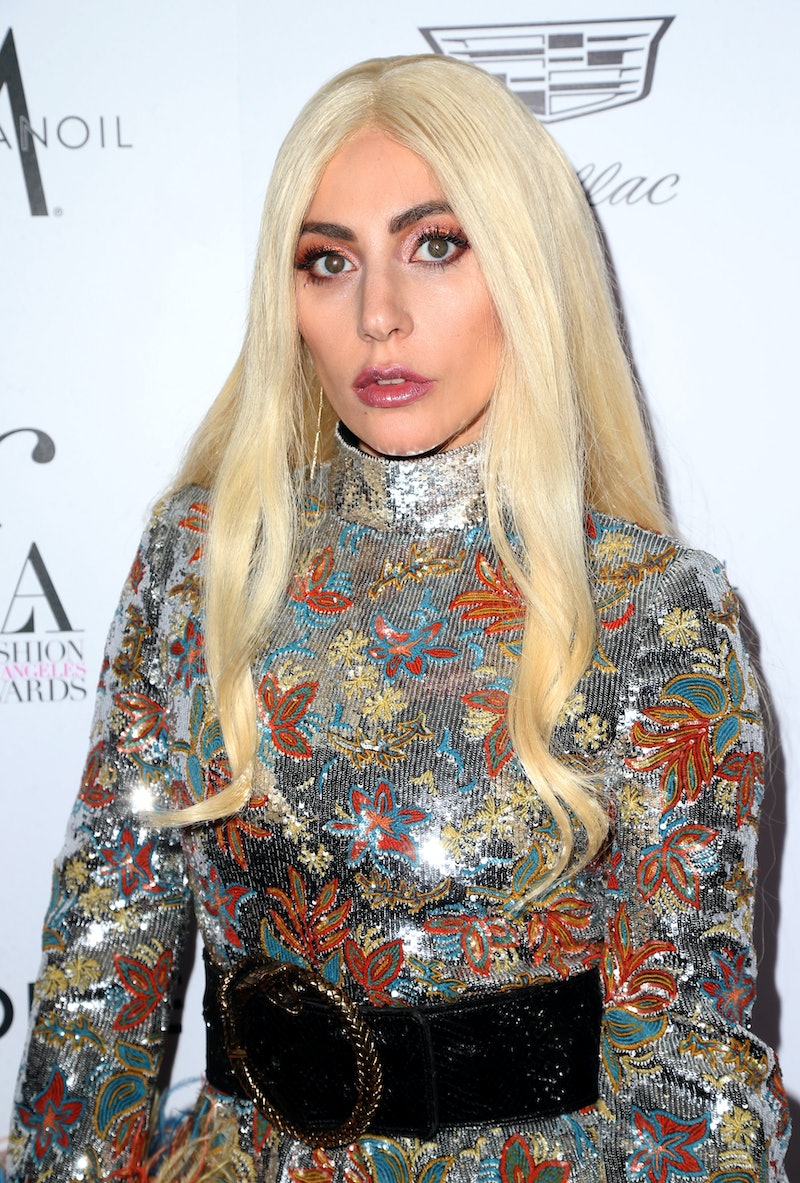 It's finally here. Lady Gaga's new album Joanne was released Friday and it's the perfect way to celebrate the end of the work week. It is full of a variety of tracks, including "Perfect Illusion," but there is one song on Lady Gaga's Joanne every woman should listen to. It's no surprise that Lady Gaga is empowering women with her latest music, because that's just the type of person and musician she is. Her tracks and lyrics usually hit home for many and are sometimes so powerful they truly make a huge impact.

Well, that's definitely going to happen when women listen to Gaga's song "Hey Girl," which also features Florence Welch from Florence + The Machine. It appears the song's purpose is to show women how they need to uplift one another, rather than bring one another down. Far too often are women competing with other women. It's important for all of us to support each other throughout the good and bad times, because if women are willing to be unsupportive of each other then who's to say that others won't start and continue to do the same?

In "Hey Girl," Lady Gaga and Welch sing the following:

It explicitly states in the song, "We can make it easy if we lift each other" and "We don't need to keep on one-in' up another." Does it get more transparent than that? Gaga sure seems to want women to have one another's back at all times. Women are so much more powerful united as one compared to when we are on opposite sides. Think about what can be accomplished when women act as a unit.

Another aspect of "Hey Girl" that some, if not all, women should appreciate is how Gaga clearly wanted to incorporate a little Ryan Gosling into the song. Who knows if this was intentional, but "Hey Girl" is one phrase associated with The Notebook actor. Whenever those two words are uttered together, I immediately think of Gosling. Now, there is a much bigger message behind the song than daydreaming about the dreamy actor, but, hey, girl, it's OK to think of him from time to time when you listen to it. Though, you should also remember to absorb what Gaga and Welch are singing about as well.

More like this
What Is Ariana Grande's Net Worth? When It Comes To Money, She Has No “Problem”
By Hugh McIntyre
Lady Gaga Delivered A Million-Dollar Performance At A Private Wedding
By Maxine Harrison
Everything To Know About The Musical ‘Joker’ Sequel – & Lady Gaga’s Role
By El Hunt
How To Listen To The 'Love Island' 2022 Soundtrack
By Liv Facey and Sophie McEvoy
Get Even More From Bustle — Sign Up For The Newsletter