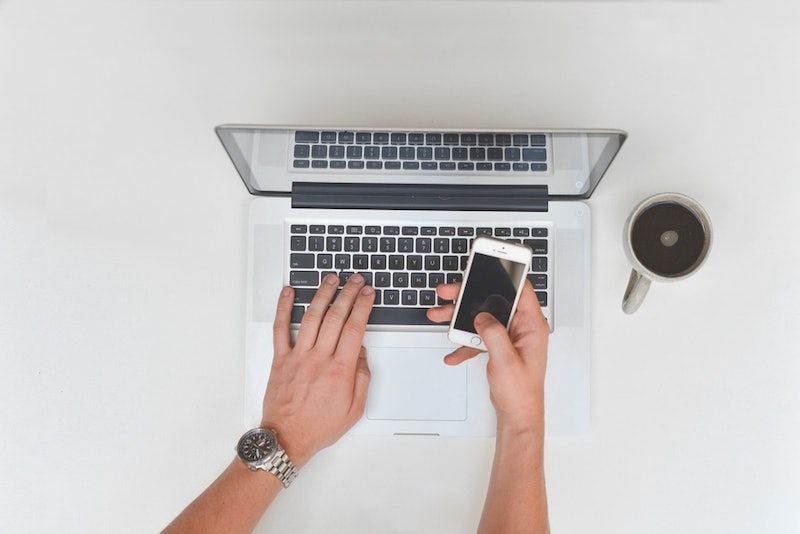 Where were you during the Great Internet Outage of 2016? Forever in our hearts and minds, this day will live in infamy, as we gather our grandchildren round the holographic fire and tell them of the day Twitter, Reddit, and Spotify went down due to a cyber attack, leaving us virtually internet-less for an entire Friday morning. If you somehow slept through the insanity of Oct. 21 and weren't composing hilarious tweets about the internet outage, then here are the quick deets on the harrowing ordeal the conscious people among us endured: The internet service provider Dyn, Inc, suffered a DDoS (or distributed denial of service) attack, which is essentially when attackers flood the servers with so many requests that the pages won't load anymore. Because Dyn, Inc. provides service to major sites like Twitter, Reddit, and Spotify — i.e., the sites that make your little world go round — they were all affected in Friday morning's shenanigans.

Bustle reached out to Dyn, Inc. Friday morning about the DDoS attack, and they provided Bustle with the following statement from Scott Hilton, executive vice president of products at Dyn:

This morning, October 21, Dyn received a global DDoS attack on our Managed DNS infrastructure in the east coast of the United States. DNS traffic resolved from east coast name server locations are experiencing a service degradation or intermittent interruption during this time.during this time.

We have been aggressively mitigating the DDoS attack against our infrastructure. Services have been restored to normal as of 13:20 UTC.

Customers with questions or concerns are encouraged to check our status page for updates and reach out to our Technical Support Team.

So yes, everyone, the worst of the madness is over — but it leaves in its wake a beautiful, sassy memoriam to the day's events, in the forms of all the funny tweets about the Great Internet Outage of 2016. Here is a testament to the complete and utter lack of chill these internet disruptions have inspired:

Friday Is The New Monday