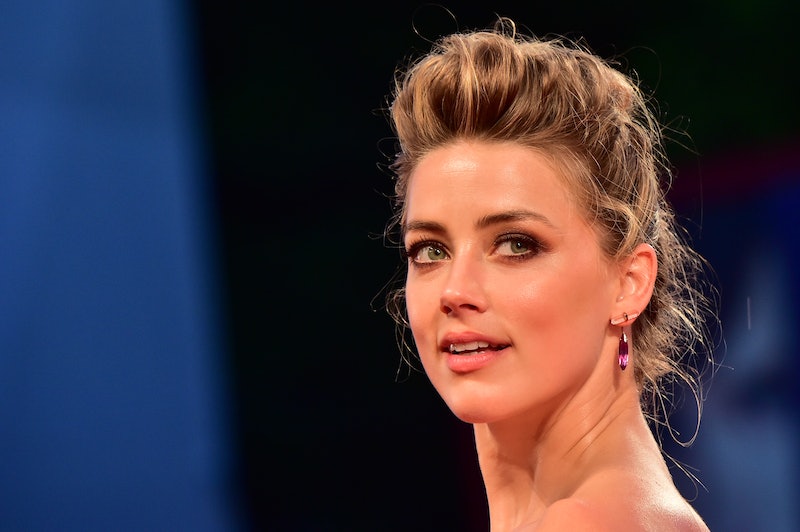 Hopeless romantics just might have themselves a new Noah and Allie with Jason Momoa and Amber Heard's Aquaman and Mera in the upcoming film Aquaman. Surprising? Maybe. But that's exactly what director James Wan (Furious 7, Saw) wants. Wan is bringing the DC Comics story to life and is ready to make audiences across the globe fall in love with Momoa and Heard, all while having his fun with the characters in the process. While most epic comic-to-big-screen tales are all about the action, Wan seeks to keep fans on their toes and give them a love story for the books in addition to all of the butt-kicking on the high seas. He tells Entertainment Tonight that audiences will get a "flavor" of Heard and Momoa's on-screen dynamic in 2017's Justice League. But after getting more detail from him at the Australians in Film Awards, I know fans have lots to look forward to in addition to (hopefully) two-plus hours of shirtless Momoa.

Wan says the film is like a hybrid of Raiders of the Lost Ark and 1984's Romancing the Stone. "I really want to get the classic action-adventure-romance aspect through that, and I think that’s kind of fun," he says. And by fun, he means playing up the hate-turned-love relationship between Aquaman and Mera, the queen of Atlantis.

"It starts off initially with them not quite clicking with each other," says Wan. "But then as the story progresses as they learn to try and work together, they get closer and closer. I think those stories are always such a great place for a filmmaker like myself to have fun with my actors." Their chemistry is going to be epic. I know it. Because their emotions are not to be messed with, and neither are they.

"I think that dynamic will be really interesting between the two. Amber’s character is super strong, she’s very powerful as well. You don’t wanna mess with her," Wan says. She'll definitely hold her own next to Aquaman, but watching love prevail between these two characters will be pretty amazing. "I think Amber will bring that sense of strength, but at the same time, we also want someone who has a sort of feminine quality to her as well. She’s a bit of a contrast to Momoa, who’s more of a muscular machine almost," says Wan. BRB, I'm sweating.

Now, I've got good news and bad news. The bad news is Aquaman isn't due to be released until July 2018. But, as mentioned, Justice League will premiere next November, and fans can get a glimpse of Aquaman and Mera alongside fellow DC icons Batman (Ben Affleck), Superman (Henry Cavill), Wonder Woman (Gal Gadot), The Flash (Exra Miller), and Cyborg (Ray Fisher). And with that news, I'm still pretty flipping excited to see what these two bring to the big screen.

More like this
The 'PLL: Original Sin' Creators Say A’s Identity Will Be “Very Clear” By The Season Finale
By Alyssa Lapid
'The Sandman’s Ending Is A Departure From Neil Gaiman’s Comic Book Series
By Kadin Burnett
A TikTok Conspiracy Theory Is Doing The Rounds About Stranger Things Season 1
By El Hunt
The Biggest Differences Between 'Bullet Train' & The Book It’s Based On
By Arya Roshanian
Get Even More From Bustle — Sign Up For The Newsletter