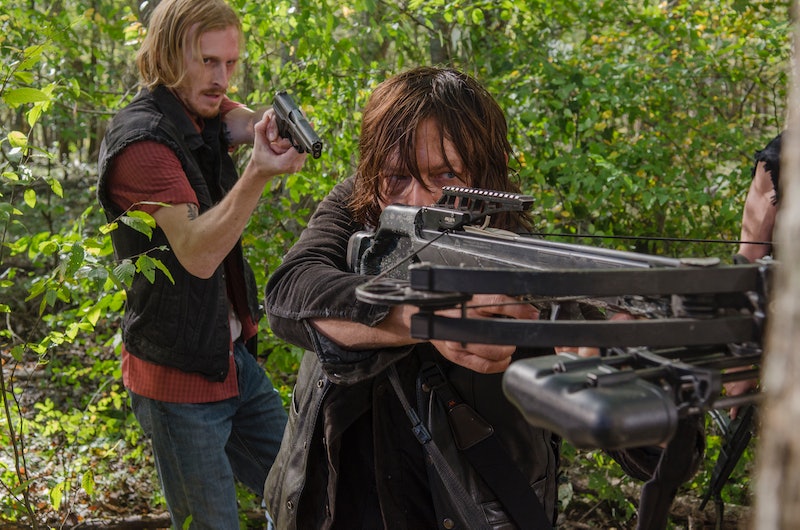 Does anyone else get the sense that Negan is jealous of Rick? I kind of think he envies the family and following that Rick Grimes has managed to assemble without fear-mongering and murdering everyone in sight. He wanted a Daryl of his own, and decided to take the real thing after killing Abraham and Glenn. "He’s got guts, not a little b*tch like someone I know," Negan said about Daryl, while also subtweeting Rick. "I like him. He’s mine now." While his men threw Daryl in the back of a truck, Negan promised Rick that he would either send pieces of Daryl back to him if his "orders" were late — or force Rick to do it himself.

The upside to this is, of course, that Daryl is in some way reunited with his motorbike and crossbow. He has taken down Negan's men before, and he can do it again from the inside. Dwight even threatened him with Daryl's own weapon, and I have a feeling he's going to regret that.

But where are they going? It's surprising, but The Walking Dead still hasn't revealed where exactly the Saviors live or how many people are in the group. I assume that Negan is taking his new prisoner back to base camp, if there is a base camp. Daryl is already the ultimate outsider, so while this does make me a little nervous, I'm kind of excited to get to explore Negan's world through Daryl's eyes in The Walking Dead Season 7.