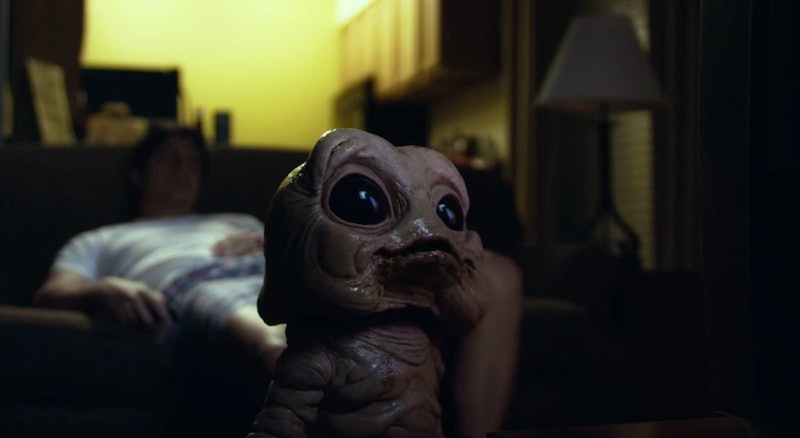 But first, let's just get something out on the table: there isn't really a wealth of Halloween movies out there. It's a sad fact of life that, as far as holiday-themed movies go, movies specific to Halloween are popular, but they're not overwhelmingly so. Consequently, you'd be hard-pressed to find a lot of movies on Netflix that are specific to Halloween. What we do have is the next best thing: horror — or, in this case, comedy horror. If what you're looking for this Halloween is a movie that will make you laugh just as much as it makes you scream, these are the 13 movies you're going to want to watch.

They're creepy....and ridiculous all at once.

A romantic comedy with some magic thrown in, this Halloween movie will have you laughing, loving, and, yes, screaming (though, maybe not too much).

Tim Burton's take on Sweeney Todd offers some comic relief in the form of a sadistic and over-the-top Sacha Baron Cohen and just the general silliness of Johnny Depp as the Demon Barber Sweeney Todd. Bonus: it's a musical.

The family movie based on the writings of R.L. Stine is pretty tame in terms of scares, but it gives it a pretty good try. So, if you're easily scared like I am Goosebumps will definitely fulfill your scary movie standards. As for laughs, it stars Jack Black, so that's a plus.

A stoner sci-fi movie, John Dies at the End is a weird comedy adventure that will definitely scare you and get you laughing at the same time.

A Disney Channel Original Movie, Girl vs. Monster is basically a musical take on Buffy the Vampire Slayer, except Skylar hunts monsters and sings about it.

A man has an evil monster living inside of him, who comes out and acts on his rage — killing his enemies whether the man wants him to or not. This dark and deeply disturbing comedy is perfect for a Halloween movie night if you're looking for a little humor and a lot of blood.

9. From Dusk Till Dawn

Quentin Tarantino and George Clooney walk into a bar... and find themselves up against a horde of angry (and hungry) vampires. If that doesn't sound funny and terrifying to you, then I don't know what will.

Tom Hanks plays a nice family man living in the suburbs who suddenly grows suspicious of his new neighbors in The 'Burbs. Murder plots and creepy neighbors provide the scares, Hanks and his onscreen wife Carrie Fisher provide the laughs.

Tucker and Dale are just two regular guys who get attacked by college kids and end up in the middle of their very own, very funny, horror movie.

Anton Yelchin stars as a man who can communicate with the dead, among other things, in Odd Thomas. Part fantasy thriller, part comedy, Odd Thomas will make you laugh, scream, and might just make you cry.

Tim Burton and Johnny Depp are pretty much the kings of the Halloween horror-comedy genre, hence another collaboration from the duo. Sleepy Hollow is a little scarier than Sweeney Todd, so proceed with caution.

Now all you need is a bowl full of Reese's Peanut Butter Cups and bite size Snickers bars and you've got yourself a perfect Halloween night.

More like this
What's New On Netflix: A Third '365 Days' Movie & Lili Reinhart’s New Film
By Arya Roshanian
What’s New On Netflix: 'Never Have I Ever' & 'Indian Matchmaking' Return
By Arya Roshanian
‘Squid Game’ Creator Hwang Dong-Hyuk Just Dropped A Major Season 2 Tease
By Brian Anthony Hernandez and Bustle Editors
Everything To Know About 'Evil' Season 4
By Meguire Hennes
Get Even More From Bustle — Sign Up For The Newsletter