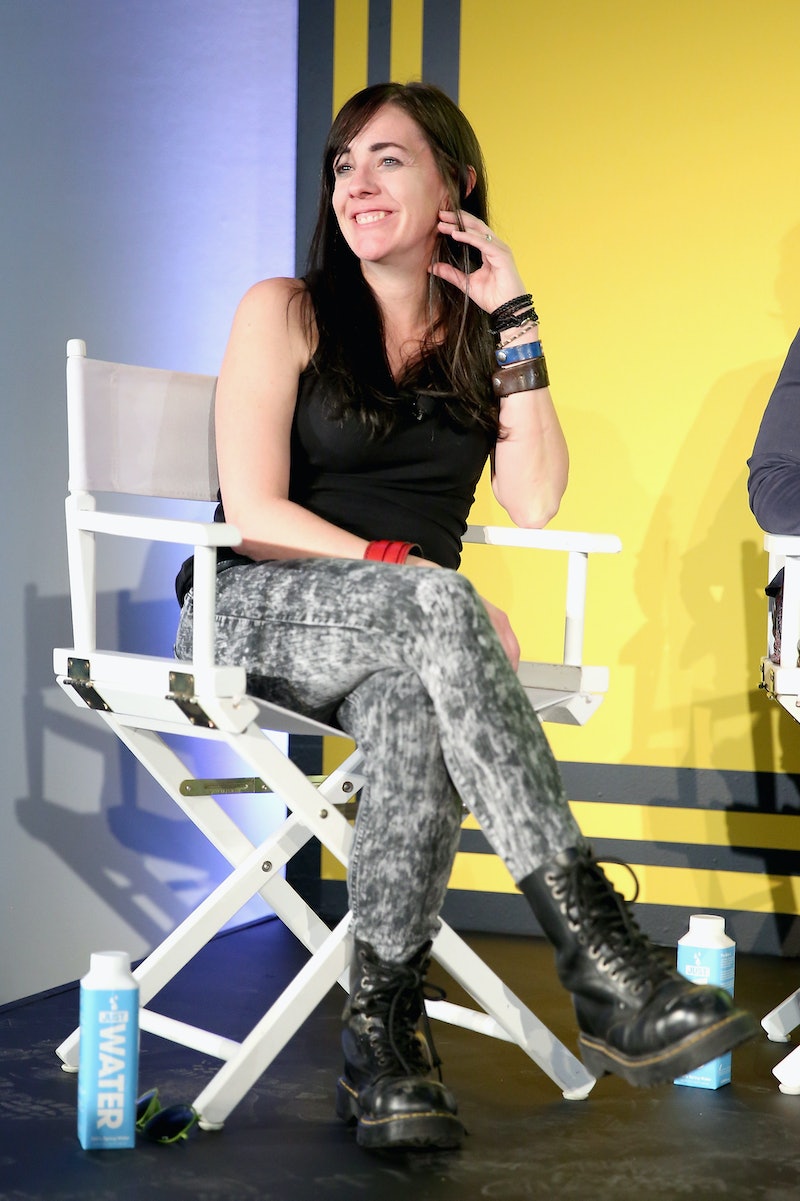 As far as I'm concerned, Young Adult authors are like celebrities. Because of that fact, it's always a surprise to me that they didn't spring fully-formed from the heavens to write all my favorite books. As it turns out, there are lots of YA authors with cool hobbies that have nothing, or almost nothing, to do with writing books. As it turns out, writing amazing books on the regular isn't the only thing they do 24/7. Wild, am I right? OK, maybe it's not that surprising, and, instead, it will be the hobbies themselves that actually shock you. That's fine, too. From fixing cars to being in a band, some of your favorite YA authors have been hiding other talents from you that sometimes make it into their books, sometimes don't, but always give you a fun trivia fact to pull out at your next Book Club meeting.

So, take my hand, and walk with me down this road into the personal lives of authors ranging from J.K. Rowling to Libba Bray and beyond. Some of these authors have been very vocal about their love for their non-writing hobbies, and some of them have been so quiet about it that you might not have known if you didn't follow them on social media. But, either way, it's hard to deny that these hobbies are awesome, and maybe they'll inspire you to add them to your list of hobbies as well.

This is no secret to any Harry Potter fan, but, aside from writing her books, J.K Rowling does a lot of charity work. Her Twitter is as much of a place for information about her various charities as it is for random Harry Potter facts and upcoming projects. She even established Volant Charitable Trust in 2000 to help "alleviate social depression."

After she left the Twilight saga and The Host behind, Meyer turned her attention to producing. Not only did she produce the film adaptation of The Host and Breaking Dawn Part I and Part II , but she also works with filmmakers through Fickle Fish Films to produce compelling material, like, say, Austenland.

If you follow Stiefvater on social media for even a 10 seconds, you will, at some point, become privy to her massive fondness for, and immense knowledge about, cars. Some day, I want someone to love me as much as Maggie Stiefvater loves cars.

I first became aware of Lu's talent with art when I saw her sketches of Day and June from the Legend trilogy. Recently, with Warcross coming up, she's drawn the main character Emiko, and her Instagram and Tumblr are always bastions of gorgeous original artwork that will make you wish she'd do an art book next. She even illustrated portions of Jay Kristoff and Amie Kaufman's new book, Gemina.

Before she came the author of the Something Strange and Deadly trilogy and, more recently, the Truthwitch series, Dennard studying marine biology. Her love of the ocean is clear in her truly evocative descriptions of the water in Truthwitch, but that's not all she does. Dennard also offers a multitude of writing advice and mentoring on her website for aspiring authors.

Once you're done reading The Abyss Surrounds Us in preparation for the upcoming sequel The Edge of the Abyss, maybe you'd like to check out Emily Skrutskie's art. She maintains an art blog on Tumblr, where she not only sketches her own characters but those of other authors.

I know I'm not the only massive Graceling fan out there who has been waiting desperately for Kristin Cashore to release another book after Bitterblue. While you wait, be aware that Cashore has an entire tag for knitting on her personal blog, where you can see all of her excellent work for yourself.

Did you know that The Den of Shadows quartet author Amelia Atwater-Rhodes coded her website herself? Well, she did, as she admits on the old version of it. The new website is also maintained by the author, because publishing your first book at 14 years old isn't cool enough.

I have a particular fondness for authors who are giant nerds like me, and Amanda Sun, author of the Paper Gods trilogy and Heir to the Sky, is loud and proud about her nerdiness. She cosplays in her free time, showing that you are never too old to dress up like your favorite characters and head to a con. Never let anyone tell you differently.

Stormdancer and Nevernight author Jay Kristoff has made absolutely no secret of the fact that he's kind of a giant nerd, too. Not only did he spend his childhood playing Dungeons & Dragons, but he still does — and with pride. Maybe if we're all lucky, he'll invite one of us to join in one day.

No, really. Meet Tiger Beat, a band composed of Libba Bray, and fellow authors Natalie Standiford, Barnabas Miller, and Daniel Ehrenhaft. She mentions it right in her extended bio on her website, and I can't be the only one who is desperate for them to release an album on Spotify, right? Try reading The Diviners or the Gemma Doyle trilogy with a Tiger Beat song on.

Speaking of music, An Ember In The Ashes author Sabaa Tahir is, in her own words, "obsessed." In fact, she has an entire page on her site dedicated to sharing her music and her mixes, which she's been making for years. If you need a soundtrack for your own writing, maybe check out some of her favorite picks.

Like I said, your favorite authors do more than just write your favorite books. They're real people, like you and me, with real interests that, quite frankly, make them even cooler in my eyes. As if they weren't cool enough already.