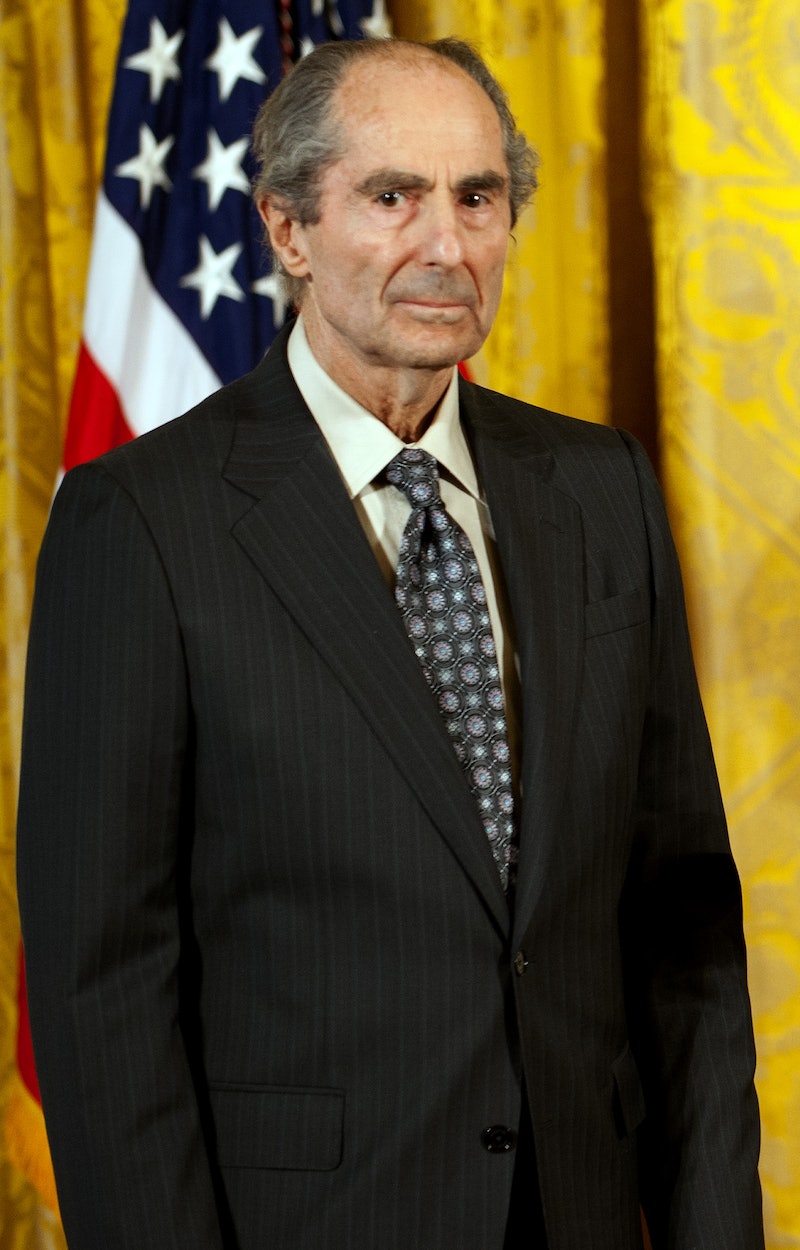 On Tuesday, New York Times readers learned that Goodbye, Columbus author Philip Roth is a book hoarder, just like any good reader should be. But unlike the rest of us, Roth has found a solution to his problem. The Newark Public Library, a central fixture in Roth's novella, will be designated as his book depository on Thursday at its first-ever Philip Roth Lecture, hosted by White Teeth author Zadie Smith.

Philip Roth's book hoarding has pretty much taken over his life. The 4,000 books in his collection sprawl from living room to attic in his Connecticut home. From The New York Times:

A room at the back of the house has been given over to nonfiction. It has library shelves, library lighting — everything except a librarian, Mr. Roth said recently on the phone from his New York apartment. Fiction starts in the living room, takes up all the walls in a front study, and has also colonized a guest bedroom upstairs. Copies of Mr. Roth’s own books and their many translations are stuffed in closets and piled in the attic. The books that were helpful to Mr. Roth in his research for his novel “The Plot Against America” are all grouped together, as are those he consulted for “Operation Shylock.”

Roth's collection will be shelved in the same way at the Newark Public Library as they are at his home, "not a window into [his] mind exactly, but physical evidence of the eclectic writers who helped shape it: Salinger, Bellow, Malamud, Kafka, Bruno Schulz." The books will be housed in a neighboring two-story building, which has previously been used for storage.