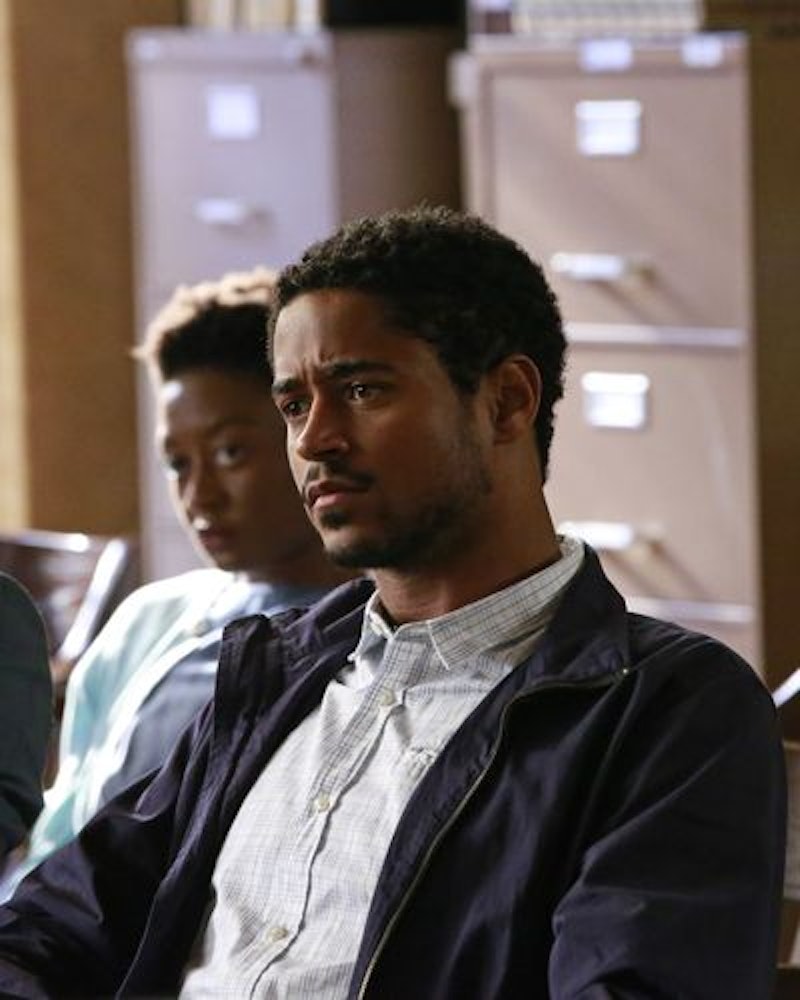 I about fell on the floor when it was revealed a few weeks ago that Laurel was pregnant on How To Get Away With Murder. I mean, Frank has been gone for so long that when could she have gotten pregnant with his baby? They haven’t seen each other in months (maybe)! Well, I was wrong to assume that the baby was Frank’s. After one night of tender love, there’s another guy who could be the daddy. Is Wes the father of Laurel’s baby on How To Get Away With Murder ?

Just assuming that Laurel was still in love with Frank was wrong, but I never thought that Wes and she would bring their mild flirtation into an actual consummation. But Wes broke up with Meggy (which is good, because I hate typing her name), and Laurel was angry with Frank for I don’t know, running away or something, and to paraphrase the late, great Chris Farley, him and her got. It. On. Am I happy about it? Not really, because Wes is not my favorite character on How To Get Away With Murder. Frank’s murderous masculinity does it for me (and that’s something I have to work through). Really, though, I never thought Laurel would give up on Frank that fast. Interestingly enough, there is still one dead person on How To Get Away With Murder, and Wes and Frank are still in the running to be that dead person.

If Frank died, all of the mea culpas he’s been running all season would have been in vain, and that would upset me. Annalise would probably feel guilty, too, even though she did send a hit man to kill him when she learned he helped kill her unborn child. But if Wes died, the shock would be two-fold — Laurel would lose the father of her unborn child and fall into a tailspin, and Annalise would lose the man that she looked upon as her surrogate son. One bad fire, two bad outcomes. What will Laurel say when (or if!) she wakes up? There are only two episodes left to find out.

More like this
Paapa Essiedu Likes To Keep His Relationship Pretty Private
By Maxine Harrison
John Mulaney & Olivia Munn's Relationship Timeline Features The Comedian's First Father's Day
By Jordyn Tilchen
What’s New On Netflix: 'Stranger Things' & 'Mean Girls'
By Arya Roshanian
At 14, Kate Berlant Had A Wheelie Backpack & One Line In 'Lizzie McGuire'
By Samantha Rollins
Get Even More From Bustle — Sign Up For The Newsletter