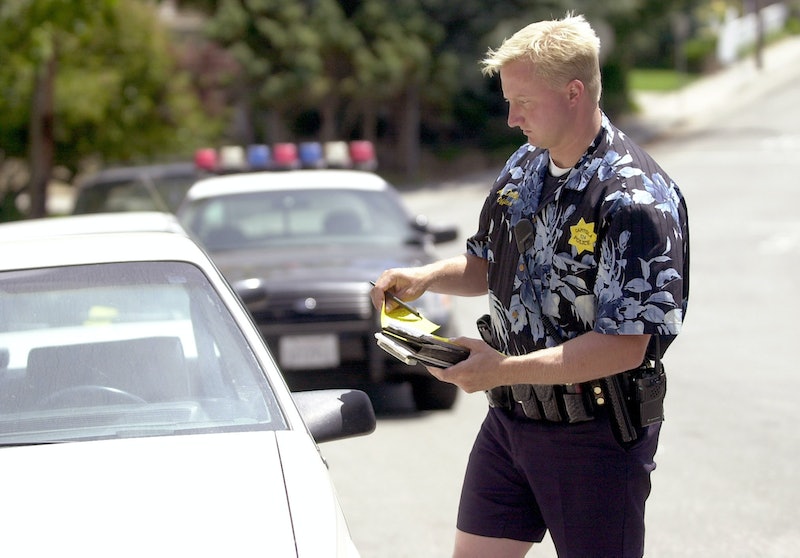 Authorities in Hawaii are set to trash a bill exemption that allows police to have sex with prostitutes, which basically everyone — besides Hawaii coops — agreed was really terrible idea in the first place. Honolulu police and a state senator finally came to an agreement Tuesday to end the sex exemption for cops. The exemption had been used since the 1970s, to shield police involved in prostitution stings.

Hawaii's prostitution law will be changed to reflect the consensus, Sen. Clayton Hee told Hawaii TV station K-HON. But Honolulu Police Maj. Jerry Inouye says police officers were never allowed to have sex with prostitutes in the first place. Hawaii's police force just wanted to keep “the part that allows an officer to make a verbal agreement for sex for money, because that’s the crux for most prostitution investigations,” he told the network.

And as Bustle reported last week:

While Hawaii police chiefs promise that undercover cops who take advantage of the system will be punished, it’s not entirely clear what that punishment would entail. While the state hasn’t released any data on how much they use the sex exemption — if ever — other states have had some problems between cops and prostitutes.

For example, in Philadelphia and West Sacramento, Calif., police officers have been accused of raping prostitutes while on duty. In Massachusetts, a former cop was convicted last year of threatening prostitutes with arrest unless they had sex with him. In 2010, a former Memphis officer was charged with driving prostitutes to remote locations and raping them in his police car.

Hawaii undercover police will still be able to tell a prostitute they're prepared to have sex so they can make arrests, but they won't be able to go through with the act.

"The police support the idea that sexual penetration shall not be an exempt permitted behavior by the police in making arrests on prostitutes," Hee told The Associated Press. "They agree this tool is not an appropriate tool for their toolbox."

The state Senate Judiciary Committee plans to meet Friday to make a final decision about the bill.