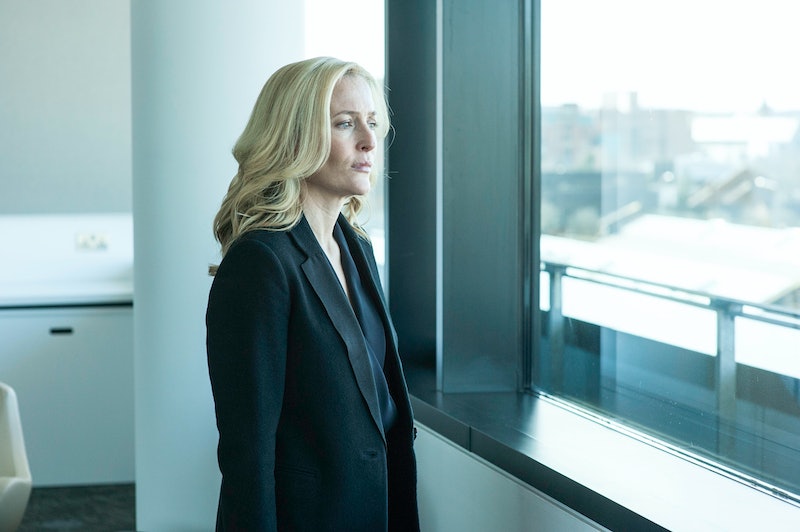 Spoilers for The Fall Season 3, including the finale, ahead. In the final moments of The Fall Season 3 finale, Rose Stagg reads a fairy tale to her daughter — and it's a grim reminder that no one on this show gets to live "happily ever after." The fates of most characters are left open-ended. We don't learn what became of Paul Spector's wife after she attempted to kill both their children and, although Stella managed to make an impact on Katie Benedetto during their visit, it certainly doesn't mean the teen suddenly has a bright, happy future. Back home in London, Stella drinks wine alone and stares at a mysterious 20 pound note on The Fall before the screen fades to black.

Amidst all the action of the murderous finale, it was easy to forget about the note. In episode 4, it appeared that the nurse treating Paul at Belfast General Hospital (who looked a whole lot like his victims) had handed it to him before he was transferred to the psychiatric facility where he ultimately went on a murderous rampage before taking his own life. As he arrived at the facility, Paul deliberately dropped the note outside — a moment that Stella observed on CCTV footage. She retrieved the note, which read: “He that loves not abides in death."

The phrase is a Biblical quote from The New Testament's Book of John and the nurse's reason for handing it to Paul remains a mystery. There were definitely signs that she had fallen under his spell, similar to Katie — or, maybe when she looked at Paul in his incapacitated state she simply saw a criminal who she naively believed could be redeemed.

I think the most interesting aspect of the note is why Stella chose not only to keep it, but to hang it on the refrigerator in her home. Perhaps the words struck a chord with her — in many ways, Stella abides in death and darkness due to her profession. When she gave Katie advice, Stella began by discussing her own past — but she eventually shifted to the present tense and thereby acknowledged that, like Katie, she's still grieving. She urged the teen to find friends that would "warm her like the sun," and perhaps Stella knows that she needs to follow some of the advice she gave Katie.

But, I think it's more likely that the 20 pound note hangs on Stella's refrigerator because, like everyone else on the show, she remains "infected" because of Paul. In the same episode that first revealed the note, Stella described Paul as a "contagion" who, despite being incapacitated in the hospital, was still "poisoning the lives of everyone he's ever crossed paths with." And it was true — Stella had just been forced to hand over her entire journal to the defense lawyers and she'd received word that Paul's wife had attempted to kill their children.

It seems like Stella kept the 20 pound note as a morbid souvenir of a murder case that will undoubtedly haunt her for a long time. Despite her best efforts, she felt she had failed the victims, their families, and herself by not successfully bringing Paul to justice in a court of law. As the case officially came to a close, Stella and her team watched Burns deliver a statement on TV and, when he praised her for the hard work and leadership that lead to Spector's arrest, she walked out of the room. Stella couldn't even allow herself to take credit for getting a serial killer off the streets of Belfast.

Spector's suicide was his ultimate power play. He knew that he would be sentenced to life behind bars so, instead of allowing anyone the small comfort of that closure, he chose to end his life precisely on his own terms. By the end of the season, no one was left unscathed and the detectives were no exception — Burns was forced to step down from his position as assistant chief constable, and Detective Anderson's arm injury had likely put an end to his career. Even after his death, Paul continues to "poison the the lives" of everyone he's come in contact with. The 20 pound note on Stella's refrigerator is a grim reminder that everyone on The Fall has been, in some way, irreparably harmed as a result of their contact with Paul.