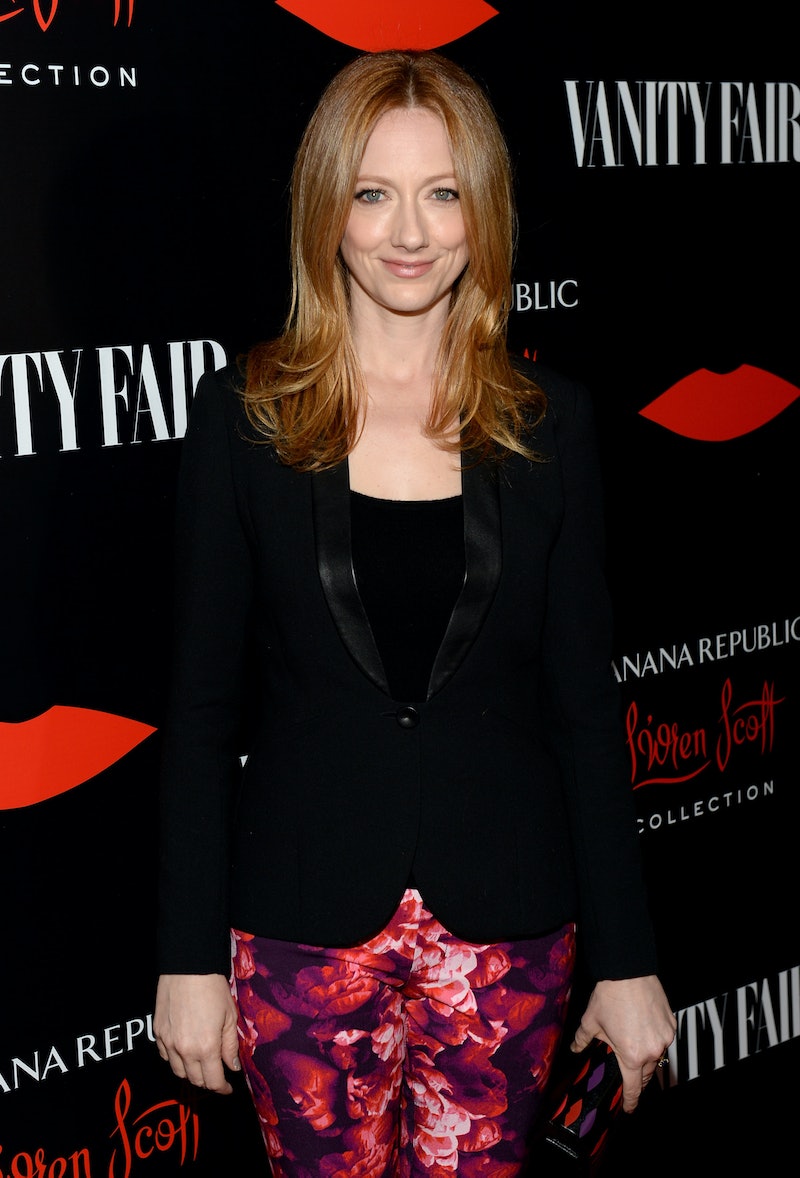 Judy Greer is at it again. After she starred in a super confusing orange juice commercial with Jane Krakowski — Are they sisters!? — you would think Greer would lay off the WTF commercials for a while, but that is not the case. She's going forward into to crazy commercial land at full force. Judy Greer and Kyle Mooney star in a commercial with a talking hamster and it's quite odd. You probably know Greer from Arrested Development, playing the best friend in many romantic comedies, or from not being Krakowski's sister, but you might not recognize Mooney right away. If he looks familiar but you can't quite place him, it's because he's currently a featured player on Saturday Night Live.

Greer and Mooney's new ad titled "Meet the Frobinsons" is for Sprint's "Framily plan" (friends + family). Greer and Mooney play siblings or "friblings," I suppose, whose father is a hamster voiced by Andrew Dice Clay. They also have younger friblings, or perhaps a friece and a frephew, one of whom has cartoon birds flying around her and only speaks French and one with an intense southern accent. The whole point is that even the strangest of families can use the Framily plan.

For Greer this marks another confusing commercial, but for Mooney it follows of trend of SNL stars on cell phone commercials. There's the T-Mobile ads with former cast member Bill Hader and the AT&T commercials with current featured player Beck Bennett. Which ad is best of all? You'll have to decide for yourself. This one has a talking hamster that loves brunch, so it's putting up a good fight.