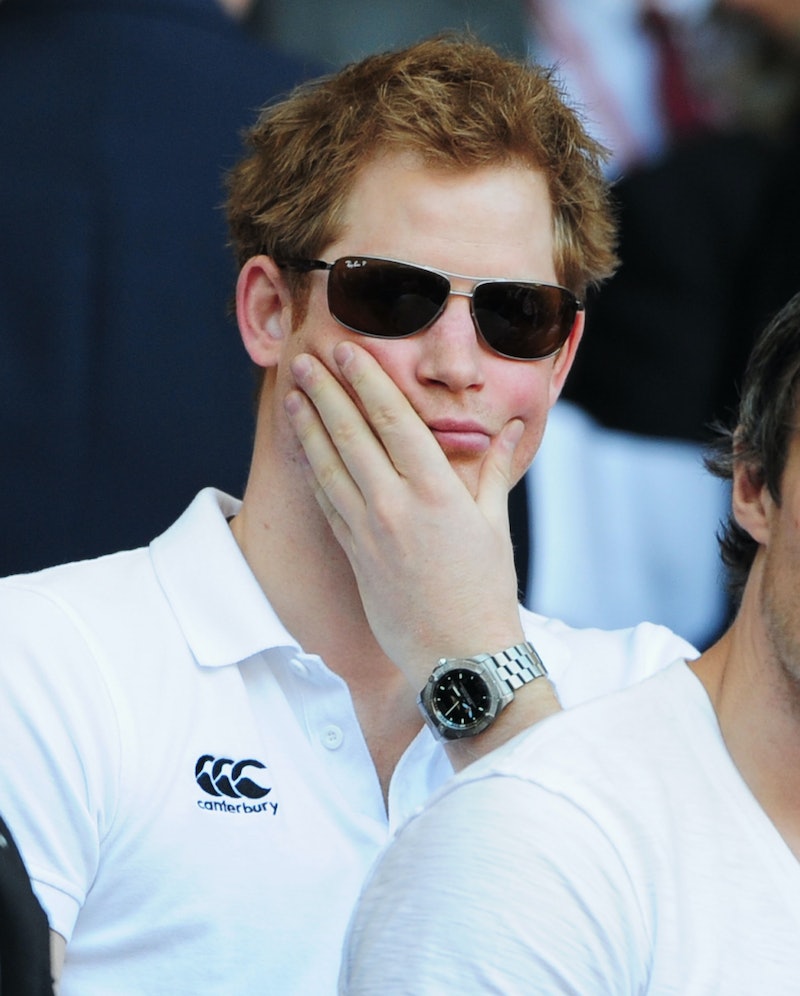 Looks like the reality show hoax is coming back. A new reality show, called I Wanna Marry "Harry ", will feature 12 women competing to marry a Prince Harry lookalike who they believe is the real thing. (Although his real name is Matthew Hicks, and the real Prince Harry is currently in a long-term relationship.) The show is set to air on Fox this summer.

It may seem a little unbelievable. (Seriously, can these women just not pick up a newspaper? Or at least a tabloid?) But deception is a long-standing element of many reality shows, dating all the way back to Candid Camera. Many reality shows even have a dramatic "reveal" built into the very DNA of the whole show. But in the reality show heyday of the early 2000s, some of them were pretty cruel. Here are the biggest reality show hoaxes, from the nice surprises to the cruel tricks. They'll be rated in terms of animals, since that's what most reality shows aim to reduce their contestants to anyways.

A good episode of Undercover Boss is the kind of thing that can restore your faith in humanity. In the show, CEOs of huge corporations go undercover, working various positions at the lowest levels of their companies. During the course of their time working (usually about a week), they get to know the people who work for their company. When they finally reveal their identities to the people they've been working with, most of the people they've met are given a raise or promotion. It can definitely come off a bit like a capitalist rom-com, but ultimately, it's a pretty positive show.

This was the point where reality television reached its height of self-awareness. The Joe Schmo Show was actually The Truman Show in reality television form. Contestants were duped into thinking they were participating in a reality show, when in actuality all the other "contestants" were actors playing reality show archetypes. It could've been needlessly cruel at the Schmo's expense, but the unpredictable human element often gave the show real heart. In the first season (featuring a young Kristen Wiig!), the tone of the show shifted completely after Schmo Matt Gould began questioning the competition when all his new "friends" got eliminated. So in manufacturing reality, the show actually ended up with more real and believable emotions.

This one had a double hoax: contestant Randi Coy thought the point of the show was for her and another contestant to fool their families and stage a fake wedding in 12 days, winning money for themselves and their families. However, the other "contestant" was really an actor hired to play the most obnoxious fiance ever. In terms of the hoax shows that flooded the early 2000's, this was probably the most tame (in a good way). Nothing terribly important was a stake, and at the end of the day, everyone walked away happy.

Rating: A ferret that seems very uninterested in you

Probably the most famous of the "hoax" shows (and the one that most closely resembles I Wanna Marry "Harry"), Joe Millionaire was a dating show where women competed to win the heart of Evan Marriott, who presented as a millionaire when he was actually a construction worker. Shocking at the time, and a few hearts were broken, but in terms of sleaziness Joe Millionaire has nothing on the last season of The Bachelor.

Eventually, these "hoax" reality shows just became parody versions of existing reality shows. Enter Superstar USA, where contestants through they were competing on an American Idol-style reality show, when they were actually competing to become crowned the worst singer. Basically, it was a show to find the next William Hung, so it was about as enjoyable as you'd expect. But not only was this show based on publicly mocking and embarrassing these bad singers, but the live studio audience was duped as well — in order to get convincing reactions from the audience, producers told them that the singers were from "One Wish," a fake Make-a-Wish style foundation.

There's Something About Miriam

In terms of reality show cruelty, There's Something About Miriam could not have set the bar any higher. A dating show where men competed to win the heart of Miriam, this show's "big reveal" was that Miriam was a pre-op trans woman. Not only was the show's entire premise an offensive interpretation of gender, but watching the show's final moments in 2014 is nothing short of blood-boiling — the rest of the contestants laugh at the "winner," bro-fiving each other and saying "I told you so!" Do not watch if you have high blood pressure and/or still want to retain the concept that people are basically good.

Rating: Pond scum from the depths of hell