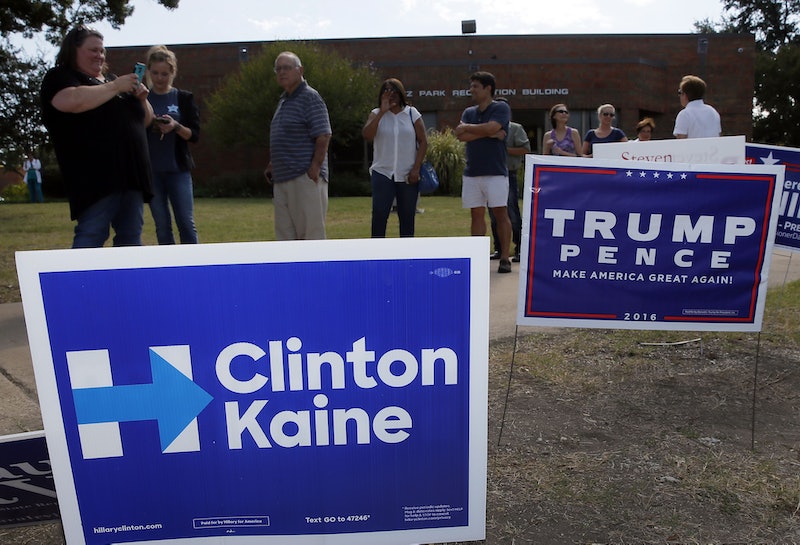 During every presidential election cycle, there's debate over whether the Electoral College interferes with the democratic process by creating the possibility that a candidate could win the election without having won the popular vote. Is this a likely enough outcome to cause fear in our hearts? And does this actually happen often?

The best-known incidence of an Electoral College winner losing the popular vote occurred relatively recently, in 2000. In this close race between Al Gore and George W. Bush — the closest presidential election since 1876, when Rutherford B. Hayes became president — Bush won 271 electoral votes and Gore garnered 266. But upon counting the popular vote, it turned out that Gore beat Bush by 543,895 votes. In another unlikely scenario, one elector abstained from the vote, choosing neither candidate.

The discrepancy between popular vote and electoral vote in this election stemmed mainly from the state of Florida. On Election Day, commentators first called Florida for Gore; but as more votes came in, there wasn't a clear leader and the state remained up in the air. By the end of the night, Bush seemed to have won the state. However, the results were so close that it ended up taking five week to determine a winner — and in the end, Bush only won Florida by 537 votes! The 2000 election went on for so long that it became dubbed the "Endless Election."

But that skirmish wasn't the first time the Electoral College winner lost the popular vote; it's happened three other times in the history of the United States electoral process.

In 1824, John Quincy Adams won the election. But his opponent, Andrew Jackson, won the electoral vote — as well as the popular vote! So how did Adams become president? In this election, there were four main candidates running, and none of them won a majority of the Electoral College. A candidate needed 131 electoral votes to be declared the winner, and Jackson only got 99. This meant that the decision fell to the House of Representatives, who chose Adams as the president.

The 1876 election was another extremely close one. The two major candidates were separated by only one electoral vote — Rutherford B. Hayes, a Republican, garnered 185 votes, while Samuel J. Tilden, the Democratic nominee, got 184. The popular vote was also close, but had a different outcome: Tilden won, with 4,300,00 votes to Hayes' 4,036,000.

That election was disputed for more reasons than just the discrepancy between the popular vote and the Electoral College. Three states — Florida, Louisiana, and South Carolina — had voter disputes, because Republicans controlled the electoral boards but Democrats had won state elections. Both parties claimed presidential victory, but the Republicans were able to throw out a number of Democratic votes by proving that the Democrats had used voter fraud to secure what would have been their majority. This swung the electoral votes in Hayes' favor.

If you were just looking at the Electoral College results, the 1888 election wouldn't seem like a close race. Benjamin Harrison won with 233 electoral votes, while his opponent Grover Cleveland only got 168. But when you take a look at the popular vote, the winner wasn't as clear cut: In fact, in the popular vote, Cleveland received 100,000 more ballots.

Harrison was able to win the election because of his electoral victory in two swing states, New York and Indiana. There were some questions of fraud here, too — Harrison was from Indiana, but hadn't had a clear majority prior to the election. For years, there was suspicion that his supporters bought votes to bring him to victory.

Let's hope that this year, the drama crested pre-election and we won't have a weeks-long recount or any electoral fraud debate. Though given some Election Day predictions, we might just be in for another round of serious vote counting exhaustion.