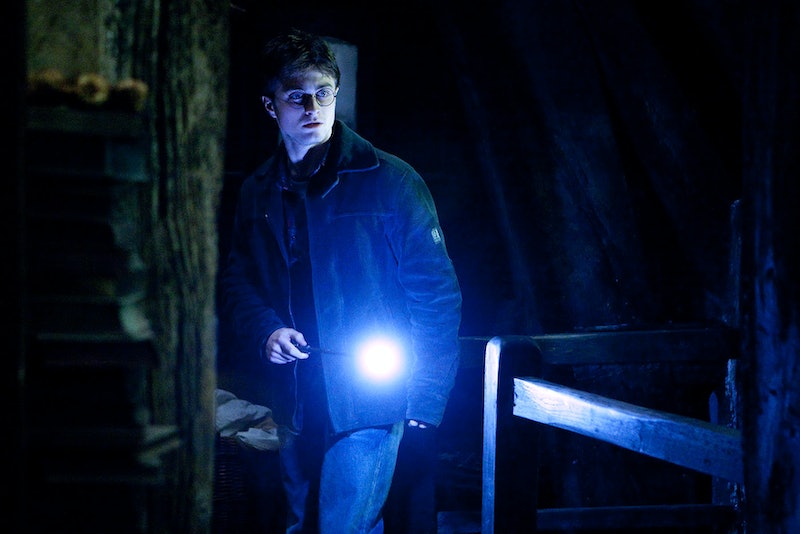 If you just felt a glorious ripple coursing through the space-time-unrepentant nerd continuum, you're not alone. On Tuesday morning Google announced that Android users will be able to cast Harry Potter spells on their phones, like actual, straight-up witches and wizards. Your Hogwarts letter might be in the Bermuda Triangle, but your chance to cast spells like a boss is only just beginning. Using voice commands at Google, Android users whose phones are fully up-to-date should be able to perform the spells Lumos, Nox, and Silencio.

So how do you commit this witchcraft and wizardry? Summon your magic powers but saying "OK, Google," and then follow it up with the smell you want to cast. "OK, Google, Lumos" should ignite the phone's flashlight, whereas "OK, Google, Nox" will turn it off. To shut off the ringer and put your phone on silent, you can say, "OK, Google, Silencio." So no, it's not exactly helpful in a duel, but it IS super helpful for trying to find that M&M you dropped under your desk or for showing off in during a meeting at work. (Note to self: intentionally leave the ringer on phone during a Very Important Meeting in order to do just this.)

All of this is timed quite perfectly, of course, with the release of Fantastic Beasts and Where To Find Them, a Harry Potter prequel series that starts in 1926 and follows the misadventures of famous magizoologist (and Hufflepuff, #represent) Newt Scamander. While you're enjoying your new spells, you can also venture down the same streets that Newt hung out on in 1926 using the Fantastic Beasts Google Street view. You'll be able to peek into the American Wizarding Congress building, a witch-friendly speakeasy, the Goldstein Residence, and the Steen National Bank.

Of course, the real Newt fans will also be celebrating by decking themselves in Hufflepuff swag and staying up until midnight for the release of the Fantastic Beasts and Where to Find Them screenplay — but this is an awesome way to explore the world while we wait. In the meantime, if anybody needs me, I'm going to be randomly saying spells to Google around New York until I find the Elder Android and TAKE IT FOR MINE OWN.

More like this
Twitter Is Overjoyed By Angela Bassett’s Record-Making Oscar Nomination
By Maxine Harrison
Anne Hathaway Shared A "Thrilling" 'Princess Diaries 3' Update
By Darshita Goyal
The 'Scream 6' Trailer Shows Off Hayden Panettiere's Return & Ghostface In NYC
By Jack Irvin and Jake Viswanath
Prince Harry Incorrectly Recites Christina Aguilera’s “Genie In A Bottle” Lyrics
By Jake Viswanath
Get Even More From Bustle — Sign Up For The Newsletter
From hair trends to relationship advice, our daily newsletter has everything you need to sound like a person who’s on TikTok, even if you aren’t.