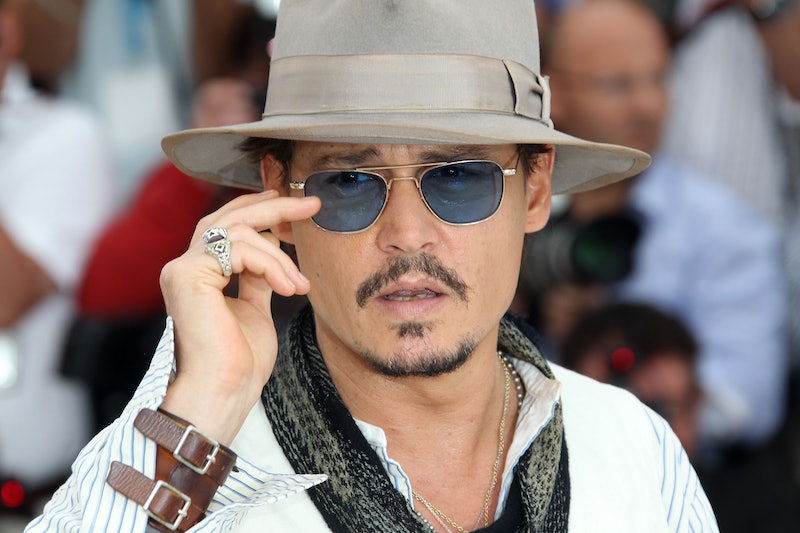 So, by now you already know that Johnny Depp is starring in the Fantastic Beasts And Where To Find Them sequel, because you have a functioning wifi connection and a pulse. But now you're starting to wonder: who will Johnny Depp play in Fantastic Beasts ' sequel? It's a tricky question. After all, the Fantastic Beasts franchise is a whole new territory. It's very loosely based on just one book, Fantastic Beasts And Where To Find Them, which is Harry Potter's textbook of the same name that he mentioned in Harry Potter And The Philosopher's Stone. But this one slender book, which was primarily written as part of a charity push for Comic Relief, is being used as the basis for five different films in the same world.

As such, wizarding fans are struggling for clues when referring to the text for help. I suggest we look to another popular British fiction franchise that spawned millions of similarly obsessive fans: Sherlock Holmes. Because I believe, with careful attention paid to the right information, "it's elementary, my dear Watson." The clues have been there the whole time. That's why I'm calling it: Depp will play Gellert Grindelwald, Albus Dumbledore, Nicholas Flamel, or the Beauxbatons' headmaster. Here's the evidence for each.

First, a bit of background. During the global fan event for Fantastic Beasts, director David Yates confirmed that both Dumbledore and Grindelwald would be showing up as their younger selves — so they'd both be in their 40s. In the Deadline article that announced Depp would be starring in the sequel, the writer noted "But I believe that if you look carefully, you might spot him in a tiny turn in the first installment of the J.K. Rowling-created Harry Potter spinoff, which Warner Bros opens November 18."

If Depp were to feature both in the first film (as a cameo) and in the second film, there's a strong likelihood he would be playing Grindelwald. Why? Fantastic Beasts actor Ezra Miller has hinted that the real storyline will be setting Dumbledore against Grindelwald. If Grindelwald first appeared in his middle-aged guise at the very end of the first movie, that could explain Depp's cameo in the first film and proper role in the second. Added to all of this, Hypable quote a source "involved with the film" who have confirmed that Depp is playing Grindelwald. Still, until Hypable are able to name their sources, I'm not sure this information can be relied on as stone cold fact. So let's keep digging.

Since Dumbledore will probably also be in his late 40s in the second film (which I assume won't take place too long after the 1926 setting of the first film), youthful-looking 53-year-old Johnny Depp definitely fits the age range. Also, since the first film primarily focuses on the adventures of Newt Scamander, this could explain Depp's brief cameo role.

Nicholas Flamel is the only known maker of the Philosopher's Stone, and he resided in Paris. Flamel was also a close friend and partner of Dumbledore, so, if Dumbledore's a focus of the second film, then Flamel is likely to be, too. Since the second film has been confirmed as being set in Paris, this would make Depp as Flamel a possibility.

Headmaster Of Beauxbatons' Academy Of Magic

Beauxbatons' Academy of Magic isn't, admittedly, located in Paris, but in Southern France. Still, it's a major focus of magic in the country — and it's hard to imagine screenwriter Rowling composing a film set in France without including some scenes set there.

We may not have answers yet, but, because you, like me, are a huge Potter nerd, you need to know. All we can say for sure at this moment is that the role will certainly be memorable.