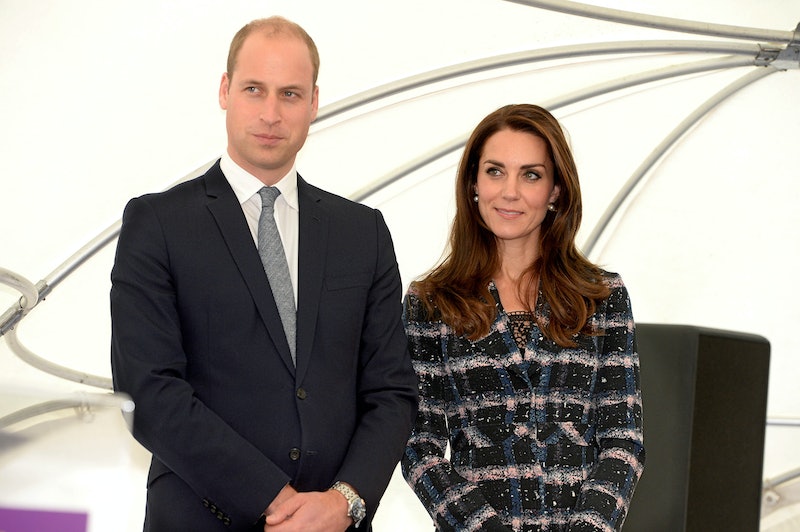 Queen Elizabeth II is Britain’s longest-reigning monarch. At 90 years old, she has been in power for more than 60 years — which is more than enough drama for a Netflix series chronicling the entirety of her reign. That’s right, The Crown has an ambitious six season plan to take us through six decades of Elizabeth’s sovereignty. So, with all of the Queen’s life, and her family’s lives, as potential fodder for the series, will we be seeing William and Kate on The Crown?

The first season of The Crown hit Netflix on Nov. 4 and takes us through about the first decade of her reign — fitting proportionately with the six-season arc. So, you won't be seeing William and Kate this season, as it covers the earliest part of Elizabeth’s rule — Well before Charlotte and George were a glimmer in Kate Middleton’s eye — hell, before Kate Middleton was a glimmer in the Middletons' eyes. However, the beloved royal couple will likely have a storyline in later seasons. Their modern romance did make waves during Elizabeth’s royal life, after all.

A rep for the royals noted to Bustle that "The Crown is a fictional drama. The Royal Household has had no involvement," but that doesn't mean the show can't draw from real life later down the road with the modern royals. So, when Kate and Wills finally grace The Crown with their presence, what stories will unfold? Here are all of the William and Kate plots I hope to see on The Crown.

From meeting at a campus fashion show to a college courtship to a short break up, I can’t wait to see their love story unfold on Netflix.

What was the Queen’s reaction? And, remember that wrap dress with matching sapphire? Stunning.

We’ll get to meet a fictional Pippa!

For some reason, Kate’s aversion to dress weights has been fodder for gossip columns. And, many report they are a staple in the Queen’s wardrobe. This is just one of the many ways the two do things differently. (Parenting differences have also been covered in the media.) I can’t wait to see how the pair compare and potentially clash on The Crown.

George’s birth made people crazy. And, of course, the birth of Charlotte, too!

Here's hoping this new kind of royal family gets their fair share of air time come the later seasons of The Crown.