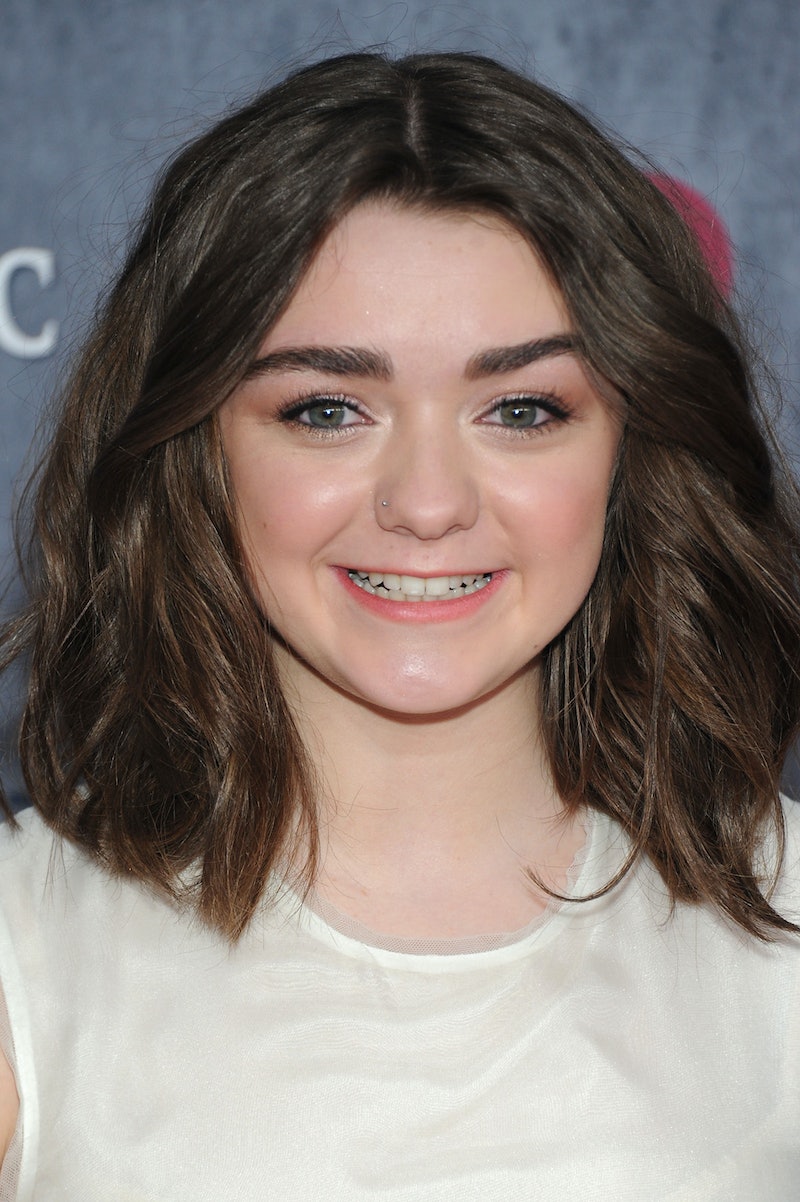 Good news, everyone! It looks like George R.R. Martin has finally started to continue his A Song of Ice and Fire series, and we have proof. Martin posted a chapter of book six on his blog, and best of all, it's a chapter from Arya's point of view (and not another prologue that seems to drag on a little too long). But first, to state the obvious: spoilers. Spoilers, spoilers, spoilers! Reading this chapter is the king of all spoilers for everyone: for people who've seen every season of Game of Thrones, for people who've read all the books, basically for anyone who isn't named George R.R. Martin. So reader, beware, and don't say I didn't warn you.

But if you're not daunted by the spectre of spoilers, here's what we gleaned about Arya from the chapter:

We begin with Arya more or less where we left off in A Dance with Dragons: she's still in Braavos, working for Izembaro and his troupe of mummers. Don't be fooled by the discussion of rape at the beginning, as it turns out Arya's inner monologue is about a scene in a play, her very first. It's an interesting new life that we see here, but if you know Arya at all, you know she won't be staying long. Although take note of the play: it's more or less a dramatic re-enactment of the fight for the throne, with the Tyrion character as the lecherous villain.

And much like in other books, Arya's identity crisis continues. Right now, she's Mercy (how fitting), a girl who's much more like Sansa than Arya. She's clearly mastered the art of transformation, but the cracks in her identity are starting to show: she can barely keep Arya and Mercy straight. It starts to become difficult for her to separate her life in Westeros from her new persona in Braavos, especially when...

Harys Swyft has arrived to treat the Bank of Braavos in the name of the King (since, you know, they're in so much debt and all). He brings guards with him, all of whom are outfitted in Lannister garb. This triggers some of Arya's memory, and it turns out she hasn't gone full amnesia on us after all.

Revenge Will Not Be Forgotten

Although Arya isn't fully present, it seems she hasn't forgotten her nightly "prayers," and when she spies Raff the Sweetling, she has a laser-like focus on her plan for revenge.

Arya Has Grown Up in a Chilling Way

It's clear that Arya is no longer the child she once was in the way that she enacts her plan: she seduces Raff and lures him back to her room during the play, slits his throat, dumps his body in the canal, and makes plans to take on a new identity. Mercy, indeed.