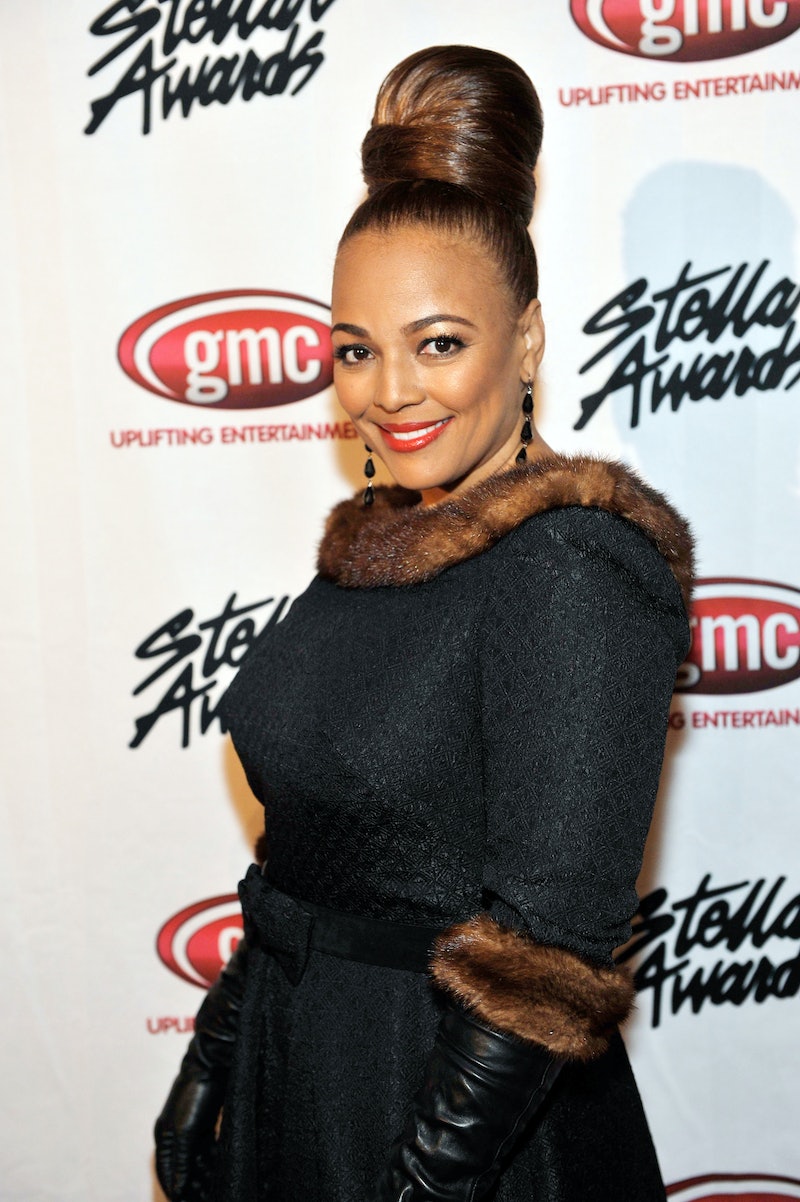 Throughout The Real Housewives of Atlanta Season 8, newcomer Kim Fields was constantly bombarded with accusations that she wasn't a good fit for the series. So why did Kim Fields leave RHOA in the end? Instead of waiting for Bravo to decide whether or not to renew her contract, Kim made a bold move and decided to quit the series on her own accord, as reported by People. In an announcement on the Ricky Smiley radio show, Kim compared herself to Brett Favre leaving the New York Jets and simply said, "I'm done." She further elaborated, "I think about too, at the beginning of the season, what did my mama say? ‘Get in and get out.’ Listen to your mama.”

Kim also told The Ricky Smiley Morning Show that she was still grateful for the experience. "It was to be able to do a genre that I’d been asked to do before and finding a way to do it that made sense for my team and and for the family. Overall it was a really great experience," she said. That was back in late March 2016, right after Season 8 came to an end. So Kim won't be back on the series this year, but she's happy to be moving on.

Even though only a few months have passed since then, Kim hasn't been missing out on any opportunities because she opted out of further seasons of RHOA. Right after she made her announcement, she competed on Dancing with the Stars Season 2. Though she didn't win, she lasted for seven episodes, putting up a solid showing.

More recently, Atlanta's MJAC reported that Kim is working on a memoir that will "be a chronicle of living, learning, and ah-ha moments of self-discovery told with humor, transparency, and refreshing honesty by an inspiring woman who found faith at age 14 and has felt God alongside her through every chapter of her life." According to the report, the book will focus on both Kim's personal life and her career in the entertainment industry, and while she may have gotten teased a little bit on RHOA for her attitude about her career, her directorial experience is real, and she's still working on that as well.

Kim's next film will be A Question of Faith, which began shooting in Atlanta in September 2016. She's not directing this one, but she will be acting alongside an ensemble cast. According to Variety, the film will be "a family’s tug of war between career and family priorities. One family examined, the Danielson's, struggles to have faith in the midst of adversity, and another, the Hernandez's, embarks quest for forgiveness. More connected than they know, their lives intertwine in prayer."

And finally, Kim is actually touring with a performance that seems kind of like a one-woman show.

Overall, since leaving The Real Housewives of Atlanta, Kim has been able to focus less on fitting in and more on being herself, and that seems to be working out well for her so far.