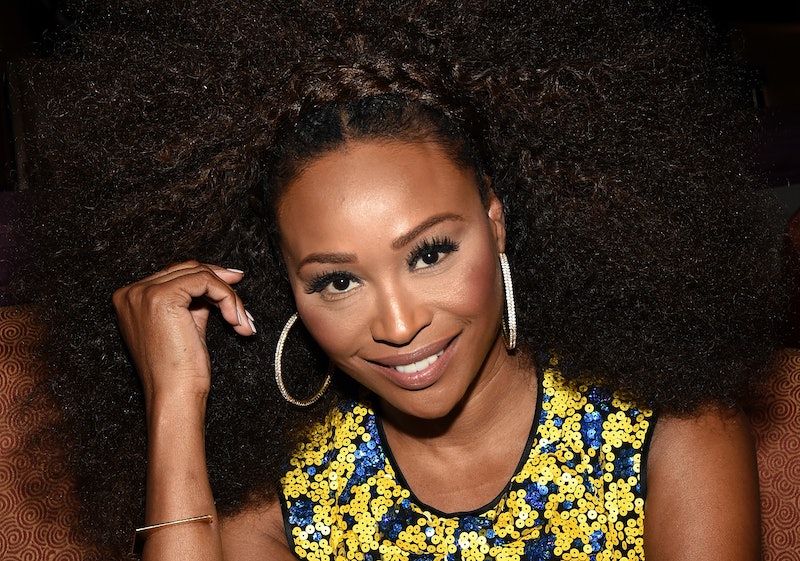 If you thought this Real Housewives of Atlanta couple would reconcile, they definitely aren't. After many ups and downs, Cynthia Bailey and Peter Thomas are really getting divorced. In May, it was announced the two were separating, but divorce wasn't mentioned at the time. Then, photos surfaced of the two celebrating Thomas' birthday in October, even though he previously spoke out in July that they were indeed getting divorced and that he was "blindsided" by the decision. Basically, their relationship status has been a bit confusing, but Bailey has confirmed in an interview with Us Weekly that she is done with Thomas — and marriage altogether.

Admittedly, the Housewife realizes she is better on her own and without a husband by her side. "I couldn’t give up Cynthia Bailey to be Cynthia Bailey Thomas. I was in love with Peter, but I’m just not wife material. I will never be in a relationship again where it will take a lawyer for me to walk away. I will never marry again." She also revealed that putting her 17-year-old daughter Noelle first caused some friction in their marriage. "Peter never felt like he was my No. 1 priority. He was right. She was."

What about that Instagram video scandal surrounding Thomas featured in RHOA Season 8? Bailey said, "He was just being social." She added, "I believe with every ounce of oxygen and bone in my body that Peter never had sex with another woman."

Despite all that drama, it appears the two are still close, which explains those photos of Bailey and Thomas having fun in Hawaii. Apparently, he joined Bailey and the Season 9 RHOA cast on their trip to Maui.

"Hawaii was the first time Peter and I have hung out since we separated," she said. Per Bailey, Kandi Burruss' husband, Todd Tucker, is responsible for inviting Thomas on the trip. "I think Kandi was hoping for a love reconnection." It also seems that they may have reconnected in Hawaii, but they are still very much getting a divorce. "It was Peter’s birthday and there was talk of, 'Technically, you guys are still married. He needs a little birthday booty!' I may or may not have entertained that notion."

Seeing as this was a vacation for RHOA, there's a good chance it will be showcased in Season 9. That also means fans will have the chance to get a better sense of where they are at in their relationship currently and watch their marriage end, as well. Actually, while appearing on The Real in October, Bailey said their divorce will play out on TV. "To have to go through a divorce on the show is not easy, but the only thing more tragic than divorce is being in something that’s not working anymore," she explained.

As for Bailey's dating future, she told Us, "There’s something very scary about turning 50 and being by yourself. I just have to believe everything will be OK."