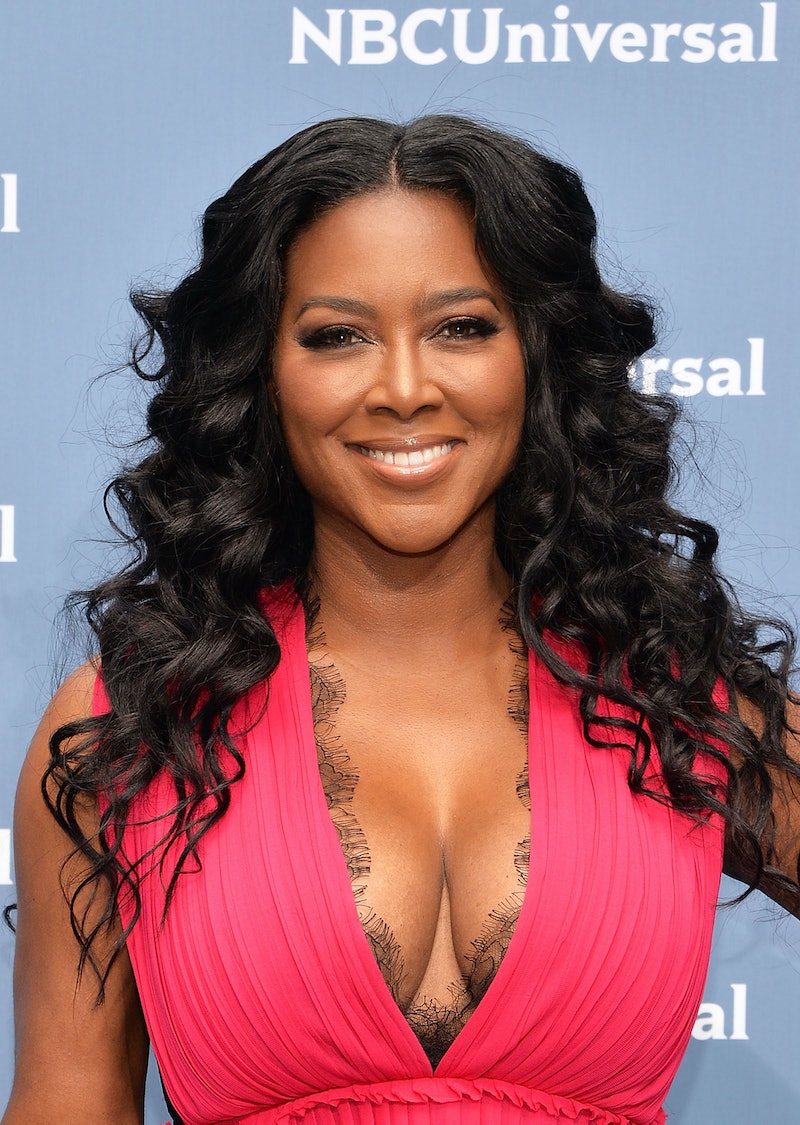 Apparently Kenya Moore and Phaedra Parks are now BFFs? Say what now? Based on the Real Housewives of Atlanta Season 9 trailer released Wednesday, it sure looks like the two, who used to not even want to be in the same room as each other, are now genuine friends. As soon as the teaser begins, Kenya and Phaedra are in a convertible, laughing, and driving around. It's more than just them hanging out in a car, too. There are moments where they discuss Moore's ex-boyfriend Matt Jordan and seemingly dish about Cynthia Bailey possibly having a new man (she and Peter Thomas are divorcing). Those aren't topics people who don't really like each other usually talk about, so I guess these former frenemies have really moved on since the Season 8 reunion and all those fights they had about Parks' ex-husband, Apollo Nida.

In other shocking trailer moments, there have been many rumors that Shereè Whitfield was returning as a full-time Housewife, and guess what? Whitfield is back in action! Then, there is talk of Kandi Burruss being a lesbian. Someone questions her at a get together and she is definitely taken aback by it. Oh, Porsha Williams also mentions something about Burruss' supposed "sex dungeon," too. Yeah, I'm not even touching that topic and will just wait to see how that plays out when the series returns.

If that isn't enough, all of that drama between Moore and Jordan is featured, as well. And, of course, it wouldn't be RHOA without Moore fighting with one of her co-stars and Whitfield seems to be the one this time around.

Yeah, Season 9 is going to be interesting, to say the least. Check out the trailer for yourself here, and be sure to tune in on Sunday, Nov. 6 at 8 p.m. EST for brand new episodes, because I'm sure you don't want to miss what looks like quite the shocking season.