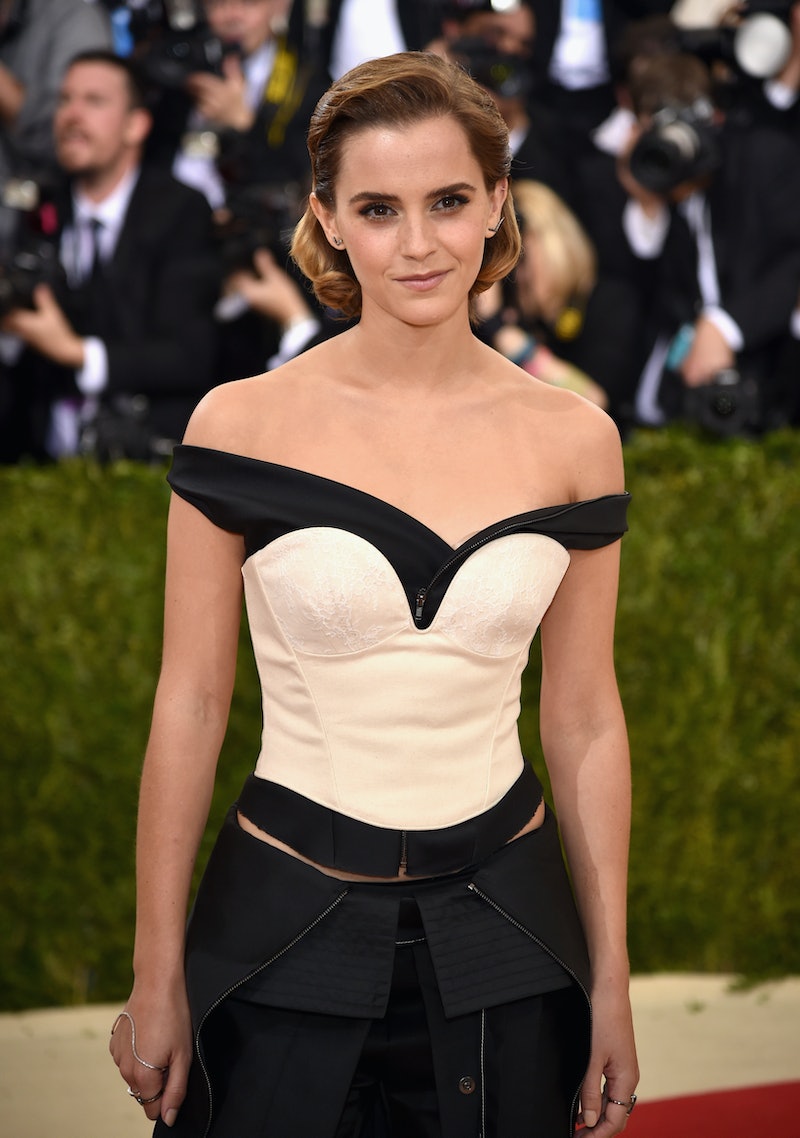 Like many of you who grew up watching (and re-watching) the animated version of Beauty and the Beast on repeat, I, too, want to fall headfirst into the romance of this classic storyline and be totally swept away when the live-action version rolls into theaters. But unfortunately, I'm older now and know that underneath this romantic tale lies a pretty dark and twisted message. (Stockholm syndrome, anyone?) When I saw the new images of Emma Watson as Belle in the live-action Beauty and the Beast, I wondered if this version of the story would be a bit more complicated. In photos depicting the scenes where Belle falls head over heels in love with her captor in the animated version, Belle appears confused and concerned in the live-action images. Does this mean a different plot is in store? It’s hard to ignore that Watson's Belle seems more concerned by the Beast than swept away by him in these early images.

Of course there are a lot of similarities between these images and the one from the classic Disney movie — the costumes, the sets, the coloring — but when it comes to the way that Belle seems to be responding to the Beast, things definitely look a little different. Long gone are the wistful looks that she gives him from across the ballroom. Instead, Watson’s face looks lined with some version of fear. Worry maybe, or at least an inner voice warning her to be wary.

Even in the image from the library scene, another moment when Belle traditionally has felt her heart warm toward the Beast, Watson certainly looks a little less than in love with him. It could be an interesting twist for this live-action film to end on a much different note than the animated version. Especially since underneath the romantic overtones of this story is a pretty seedy underbelly: This story is about a woman who is held captive and falls in love with her cruel, heartless captor. To tout that as a love story to be admired is definitely a concerning thing to do, especially for a movie that is made for young audiences.

Sure, the look on Watson’s face could be any number of other emotions, but I’m hoping they point to something more: a more progressive, more independent Belle. One who maybe isn’t so swept up in the Beast’s allure that she loses herself.