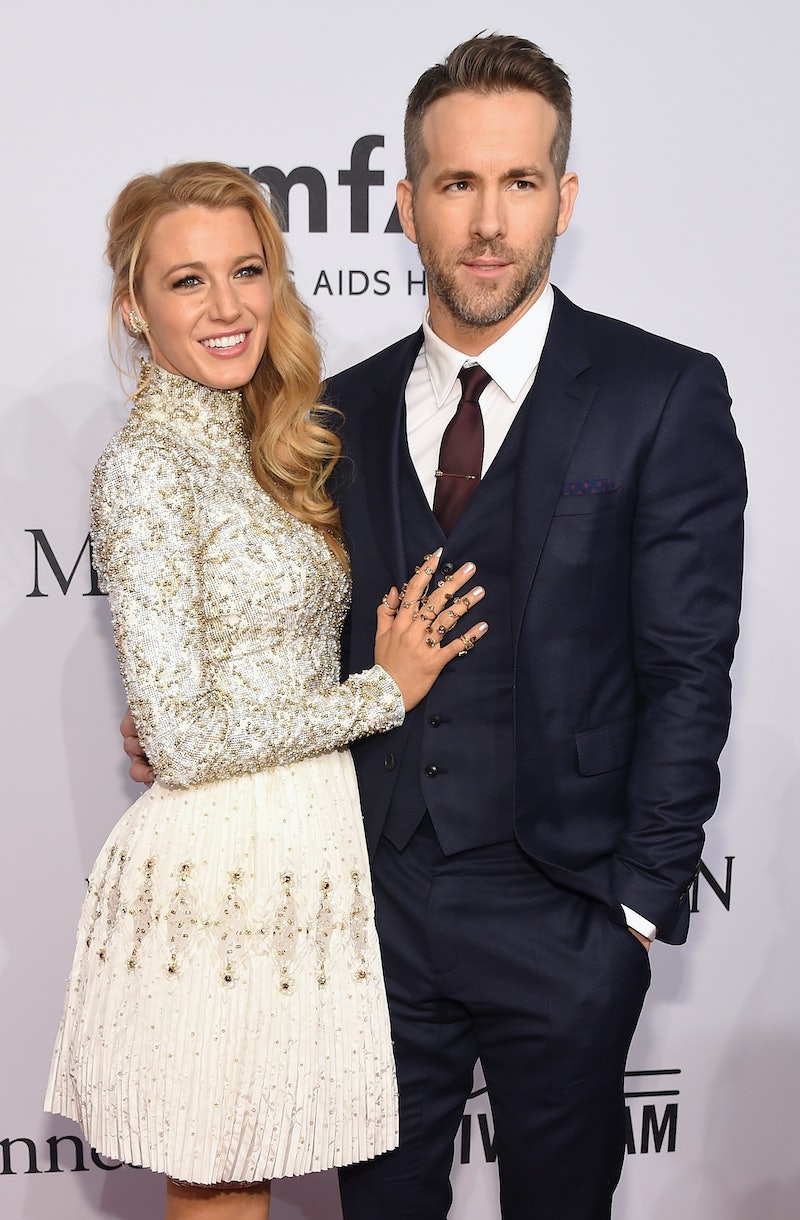 It has already been more than a month since Ryan Reynolds and Blake Lively welcomed their second child, and so far, that baby's existence has been completely shrouded in mystery. All that had been confirmed was the fact that the baby was born — not the sex, and definitely not the name. But now, we finally have one tiny detail about the newest addition to their family... even if it was revealed completely by accident. While appearing on Conan Wednesday night, Reynolds confirmed his second baby is a girl, which means he and Lively are the proud parents of two daughters.

Ever since their first daughter, James, was born in 2014, Reynolds and Lively have made it a priority to keep their little ones private and out of the spotlight. But despite their best efforts, Reynolds just couldn't help letting it slip. According to People, Reynolds said there is a "lot of estrogen" in his life these days, adding, "It's like an American Girl doll took a sh*t on my life." Classic Reynolds, right? And apparently, he didn't have the OK from his wife to share that information, evidenced by the Instagram post Lively shared shortly afterwards.

A giant cookie to make up for spilling the sex of their baby? Yeah, that's a pretty sweet deal — and yet another piece of proof that these two have the cutest relationship dynamic ever, which makes it even more of a shame that they don't share more details about their life together and their family.

I mean, ideally, Lively would share photos of her babies on the daily, because I'm dying to see the incredibly fashionable outfits she undoubtedly dresses them in. It's totally understandable, though. In their position, I'd want to ensure the safety of my two small children at all costs, and if that means keeping as much information about those children private as possible, I get it.

Hopefully, now that the cat's out of the bag about their baby girl, soon, we'll know her name. If they wait the same three months post-birth that they waited after James was born to give the details, we should know by New Year's. Fingers crossed!