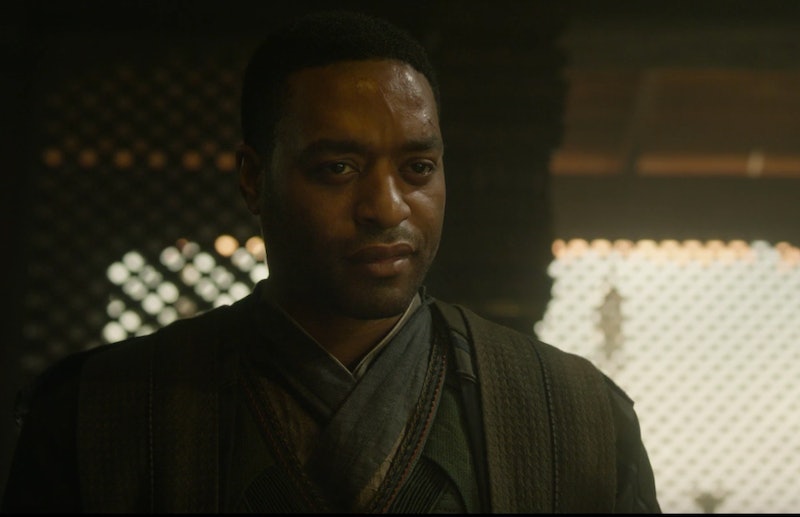 Every movie in the Marvel Cinematic Universe (MCU) is currently leading up to Avengers: Infinity War and the unnamed final Avengers film, including Doctor Strange. Yes, Marvel has plans for films long after the Avengers saga is over, but right now, it's all about getting to Infinity War, which is on track to be the biggest superhero movie ever. At the very least, it will be the movie with the most superheroes in it, with everyone from Iron Man to Doctor Strange (and maybe even Captain Marvel) set to appear in the film. With that in mind, will Mordo be in Avengers: Infinity War ? It's too soon to tell, but it's definitely possible.

As a supporting character in Doctor Strange , Mordo is crucial to Doctor Strange's origin story, acting as both his mentor and his ally. But, by the end of the film (spoiler alert) Mordo abandons Strange and his fellow sorcerers after they use magic to manipulate time and save the planet. Mordo sees this as a violation of natural law, and, coupled with the betrayal of the Ancient One, it's the straw that broke the camel's back. Mordo leaves at the end of Doctor Strange only to return in the second post-credits scene, where he appears to take magic away from a sorcerer using magic to walk after being paralyzed. Doctor Strange is as much of a superhero origin story as it is a villain origin story, with Mordo going full villain in the very final moments.

It stands to reason, then, that Mordo will return to the MCU, but in what capacity, we can't be sure. There are no official plans for a Doctor Strange sequel, and if, or when, we should get one, it will most definitely be after Avengers: Infinity War. If he does turn up in Infinity War as a potential villain, it's tough to see how he could be woven into the storyline while also later acting as a Doctor Strange foe. Why waste a good villain in an already over-stuffed movie when you could get a good sequel out of it? With that in mind, it's quite possible Mordo could simply be MIA until a Doctor Strange sequel. However, what if he doesn't show up in Infinity War as just a villain?

Mordo's involvement in Avengers: Infinity War probably won't be known for some time, but fans hoping to catch another glimpse of the sorcerer should note that, even if he isn't officially involved, that doesn't mean he won't appear. Mordo could always pop up in the post-credits scenes. Hey, someone will need to set up Doctor Strange 2.

More like this
Wait, Did Wanda Die In 'Doctor Strange And The Multiverse Of Madness'?
By Arya Roshanian
What Does Doctor Strange’s Third Eye Mean?
By Arya Roshanian
Two Iconic ‘00s Doctor Who Stars Are Returning To The Series
By Shahed Ezaydi
Everything To Know About Marvel’s 'Thor: Love And Thunder'
By Grace Wehniainen
Get Even More From Bustle — Sign Up For The Newsletter