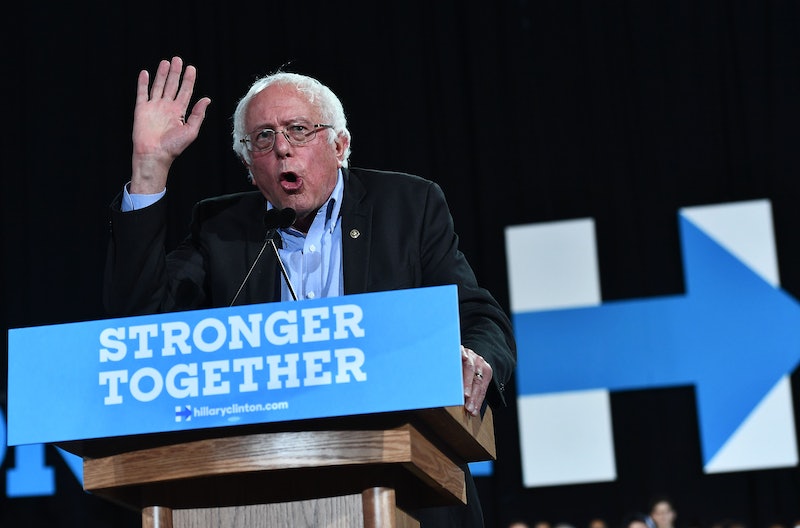 With the 2016 presidential election ending, as well as the races for the House of Representatives and the U.S. Senate, there's will be a lot more clarity about the future direction of the United States. As such, it's time to look forward to what's on the horizon ― for example, will Bernie Sanders be the next Senate Budget Committee chair?

It's a notion that's been floating in the ether for a little while now, thanks in part to some comments made by Speaker of the House Paul Ryan in October. Speaking to a group of college Republicans in Wisconsin, Ryan ― who endorsed Donald Trump for president at the very end, if that gives you a sense of what he considers an acceptable risk ― warned the assembled crowd that if the Democrats took control of the senate, Sanders could become the next Budget Committee chair. " If we lose the Senate, do you know who becomes chair of the Senate Budget Committee? A guy named Bernie Sanders. You ever heard of him?"

Ryan clearly doesn't want to see Sanders take up this post, and the Vermont senator himself managed to raise nearly two million dollars for Democratic down-ballot candidates on the strength of the Speaker's warnings.

So, will Sanders get the nod? That all depends, first and foremost, on whether or not the Democratic Party is able to reclaim the Senate, in what for months looked like a very favorable map for them. In other words, a big day in the down-ballot races could put Sanders right in line to head up the budget committee, fulfilling all of Ryan's fevered nightmares.

It would be a potentially smart political move to put him in that position, too ― after his wildly successful insurgent challenge to Clinton in the primaries, which was largely built on his views on economic justice, he could likely help motivate the liberal grassroots of the party, as well as turn some of those ideals into concrete legislative proposals.

Of course, all that goes out the window if the Democrats fall short in the Senate. While reclaiming the House was always a bit of a pipe dream, requiring a series of dominoes falling that would've been extremely unlikely under the best of circumstances, they are currently narrow favorites in the Senate, according to FiveThirtyEight's forecast.

That's not to say that the position of budget committee chair would make or break Sanders' political fortunes, however. Whether he ends up in charge of a committee or not, his prominent, influential role within the Democratic Party is virtually assured ― you simply don't spur a movement of the size and enthusiasm Sanders did without having something to say that the party's base wants to hear. In short, it'll be utterly fascinating to see how the party tries to utilize it's latest high-profile grassroots superstar, and whether the former independent will indeed keep himself closely allied with the Democratic cause.