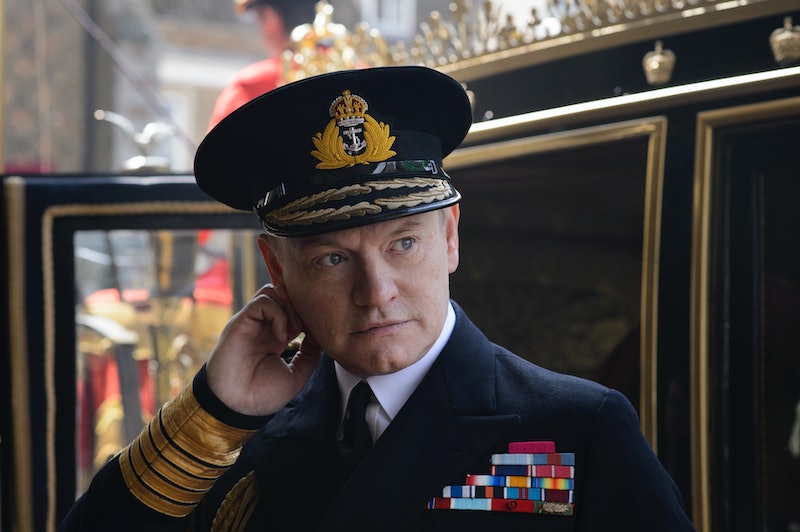 King George VI doesn't start out The Crown in a very good place. The very first shot of the entire series is him finding some "blood in his spittle" and things seem to only get worse from there. It's no shock that King George VI dies — Elizabeth has to become queen somehow, after all. After King George's death in The Crown, the news is communicated in secret before being released to the media. Upon finding out about the King's death, Winston Churchill simply instructs people to "say 'Hyde Park Corner'. [They'll] know what it means." What does Hyde Park Corner mean for The Crown, and what does it have to do with King George's death?

BBC reports that Hyde Park Corner was a pre-established code for discussing the death of King George VI. While the codeword itself was heavily reported, it's unclear why a codeword was used or what the codeword may have been referring to. It's possible the codeword was utilizied to prevent any nosy press or foreign enemies from hearing about King George's death via the radio before British officials were ready to announce the news publicly. What remains unclear — and is never touched upon in The Crown — is the meaning of "Hyde Park Corner."

Hyde Park Corner isn't merely a collection of random words thrown together as many codes would be — it's a real place. Hyde Park is a massive park in London, England — comprable to Central Park in New York or any other massive city-bound park. Hyde Park Corner itself isn't just a corner of the park, but a notable location in and of itself. Hyde Park Corner is filled with memorials commemorating Lord Byron, the Duke of Wellington, and the royal Artillery. Yet despite all the information and importance to English history that Hyde Park Corner has, it's still not clear why that was the codeword.

"Hyde Park Corner," as a codeword, may simply be an example of hiding in plain sight. The phrase that could refer to anything from the location to the 1935 film of the same name, meaning that any unwelcome ears wouldn't be able to figure out that repeated uses of the phrase"Hyde Park Corner" was truly a way to inform government insiders that the King of England had died.

The phrase "Hyde Park Corner" echoes through the second episode of Season 1 of The Crown . While The Daily Mail reports that "'Hyde Park Corner' the codeword used in event of King George's death was enacted and Prime Minister Sir Winston Churchill was informed at once" in the series it actually seems to be Winston Churchill who warns others through the use of the codeword. As with all historical series, some details must be cut here and there for time — but the detail of using "Hyde Park Corner" to communicate the death of the King will surely echo throughout the whole show and likely give Churchill or Queen Elizabeth some chills should they every walk by the real Hyde Park Corner.