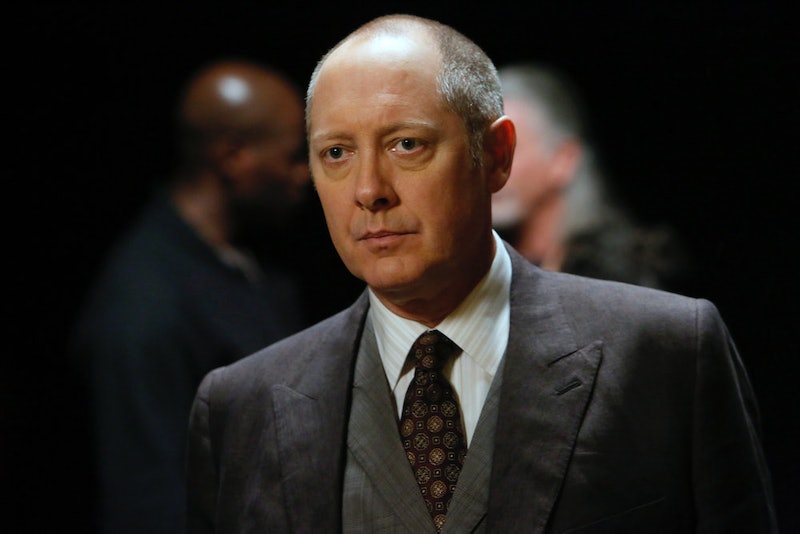 The Blacklist is in the middle of its fourth season and still manages to produce shocking twists that fans love every week. It's been a must-watch since it premiered in 2013 and started telling the story of former Navy officer-turned high-profile criminal Raymond Reddington, who works with rookie FBI profiler Elizabeth Keen to take down criminals, while revealing a lot about their own pasts and delivering some jaw-dropping moments. The NBC series has not slowed down in its fourth season, as it's only eight episodes in and already filled with questions. Unfortunately, we'll have to wait for The Blacklist Season 4 to return before any of those questions can be answered, as the show is now on its winter hiatus, with the Nov. 10 episode serving as the midseason finale.

Though the midseason premiere date has not been announced, it's likely that The Blacklist will return in January 2017, as Seasons 1 and 3 both came back in January. Season 2 was only bit later, with the second half starting on Feb. 1, 2015, in the coveted post-Super Bowl slot. So January is a safe bet, but it's still pretty far away, so you'll need other shows to hold you over. Hit pause on your questions regarding the true relationship of Keen and Reddington. Put away your excitement over new stories. It's time to explore new shows and the following series are all similar in tone to The Blacklist.

This NBC series starts when a mysterious, tattooed woman shows up in a bag meant to be delivered to the FBI with no memory of who she is or how she got there. However, her tattoos are something of a giant riddle, containing answers about her past and major mysteries. Like The Blacklist, it's an NBC crime drama involving the FBI and a great choice to hold you over until January if you miss mystery, unanswered questions, and twists.

Another NBC crime show, Chicago PD will deliver on the good guys fighting against violence front. Similar to The Blacklist, it also raises the question of how far a "good guy" can go in the pursuit against criminals. This more episodic drama is a good temporary replacement to The Blacklist.

If you're looking for a show that has a ton of episodes to help you pass the time until January, look no further than Criminal Minds, which has been on for 12 seasons. Like The Blacklist, it explores thinking like a criminal in order to catch one.

ABC's Designated Survivor tells the story of Tom Kirkman, a Cabinet member who is made president after an attack on Washington D.C claims the lives of the President and everyone else in the Cabinet. Like The Blacklist, it includes many twists and shows someone who is out of their usual element and must adapt to heightened circumstances.

While this is probably the biggest departure from The Blacklist on this list, there are similar themes. Loosely based on DC Comics, Lucifer is about the devil teaming up with police to help take down criminals.Clearly, it adds a supernatural element, but at the end of the day, it's about a morally ambiguous man helping to stop crime, just like The Blacklist.

OK, this is thematically nothing like The Blacklist, to be clear. But it is about cops, just in a much more lighthearted, comedic way. Brooklyn Nine-Nine follows the shenanigans of the 99th precinct of the NYC police department and its hilarious view on crime-solving should be a great change of pace while you wait for the much darker Blacklist to return.