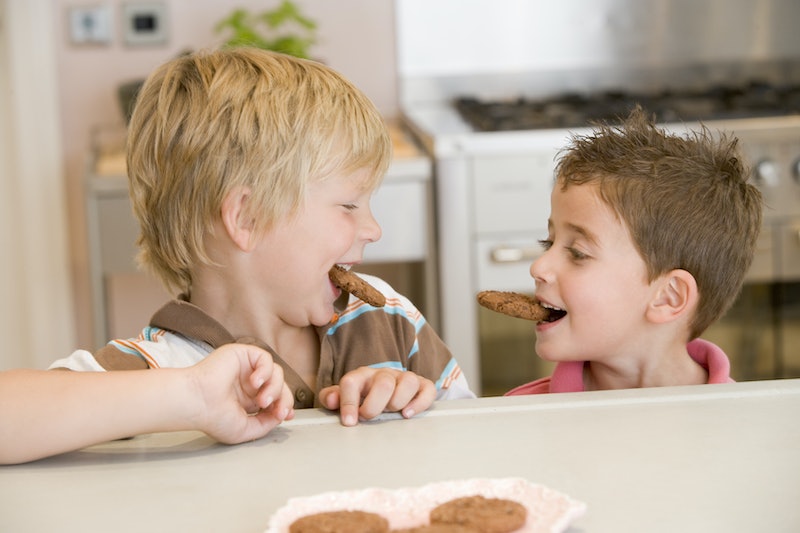 Ask your average Millennial what childhood tasted like, and there's a good chance they'll mention Dunkaroos. The DIY icing-and-cookie combo snack was a staple of late '90s and early aughts lunch bags, but in 2012, the last pack was sold in the United States. That drought is now over, though, because the website "Smugglaroos" helps you smuggle Dunkaroos to the United States from Canada. Did you know they still make Dunkaroos in Canada? Because they do. Here's how to get in on the action if you're still stateside.

Smugglaroos aims to "Make America Dunk Again" by connecting snack fiends from both sides of our northern border. Interested parties can register via Google or Facebook, and arrange to meet in public spaces for the 'Roos handoff by dropping pins anywhere in the United States. Just make sure you read the safety tips on the Smugglaroos website, exercise common sense, and maybe bring a friend with you.

But while the appeal may lie in the apparent rule-breaking, Dunkaroos smugglers should know that their covert operations aren't really... well... actual smuggling. Clever users can find that by clicking on the Privacy Policy link at the bottom of the Smugglaroos page, they'll be redirected to General Mills' Privacy Policy page — General Mills, of course, being the magnificent beings responsible for bringing Dunkaroos into all our lives in the first place. Indeed, a General Mills spokesperson tells Bustle in an email, "Smugglaroos is a short-term campaign General Mills launched as a fun and cheeky way to connect Canadians with Americans who want Dunkaroos but don’t have access to them."

But if you want to pretend that the whole thing is very underground and secretive, I don't think anyone would fault you. We could all use a brief, sweet respite from reality right about now.

While there's no indication as to when Smugglaroos will officially be dismantled, it should be noted that, at least for now, Dunkaroos will remain a Canadian delicacy. But at least we've got access to them now, right? Right. Because Dunkaroos are love. Dunkaroos are life.