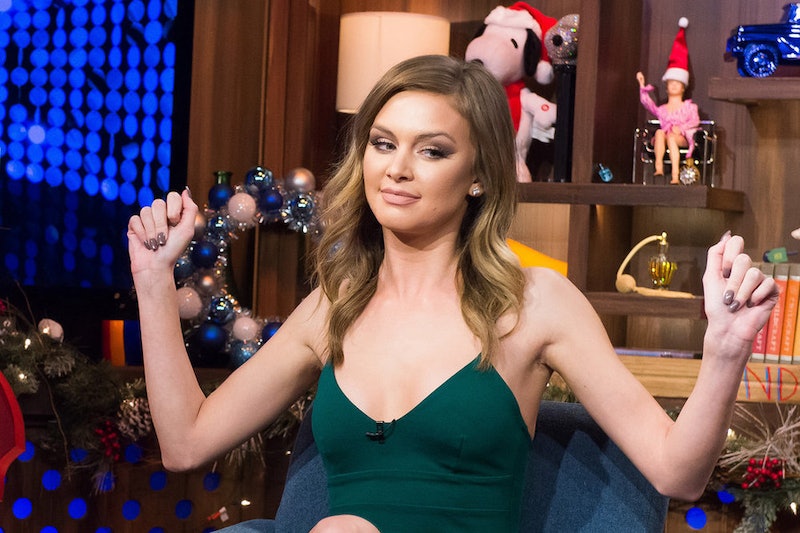 It’s safe to say that everyone who works at one of Lisa Vanderpump’s restaurants (Villa Blanca, SUR, Pump) is an aspiring actor, singer, or model. On Vanderpump Rules, we see the cast and know that they have dreams of stardom, but there’s never a big focus on them going to auditions or castings or anything like that. The closest was Laura Leigh in Season 1, who left behind a career of screaming at Jax because she booked her first big role. Now, it's someone else's turn, as Lala Kent mentioned a movie role in the Vanderpump Rules Season 5 premiere.

Though she didn't go into much detail, Lala said that she nabbed a very small part in a film with some very big Hollywood players — John Cusack, Adrian Grenier, and Nicholas Cage, to be exact. Lala didn’t say the name of the film, but following a quick Internet search, IMDB reveals an upcoming movie called Southern Fury that stars the three actors, and the plot is “a Southern mobster attempts to rescue his kidnapped brother.” Seems straightforward enough, no? Other names from the film you may recognize include Johnathon Schaech (he was the jerk in That Thing You Do!) and William Mark McCullough, who was mostly recently on PBS’ Civil War-era drama Mercy Street.

So, what’s Lala’s role in Southern Fury? She said it was a small role and it must be, because she's not listed on the IMDB page for the film. The movie is in post-production now, so hopefully, more information will be filled out later.

But Southern Fury won't be Lala’s first film role. According to Page Six, she starred in a series of music videos and low-budget films, including the faith-based Pitching Love and Catching Faith in 2015, in which she had a lead role. Check out the trailer below. It's admittedly not her best work, but it's not terrible, either.

Randy Sternberg, the director of the film, told Page Six that although Lala was talented, he thought she acted like a little bit of a diva occasionally. “She had some moments, especially when we brought her back the second time to do some pickup shots, where I thought she was a little prima donna in my honest opinion,” Sternberg claimed. “She was good to work with, but I mean she had a little bit of stubbornness. I would work with her again.”

Hey, stubbornness isn't always a bad thing — maybe Lala just knew she wanted and Sternberg read that as being a "prima donna." And obviously, Lala is getting jobs if she’s working with Nicholas Cage and John Cusack. Southern Fury isn’t set to be released until 2017, so we’ll have to wait until then to see Lala act alongside some of Hollywood’s best.