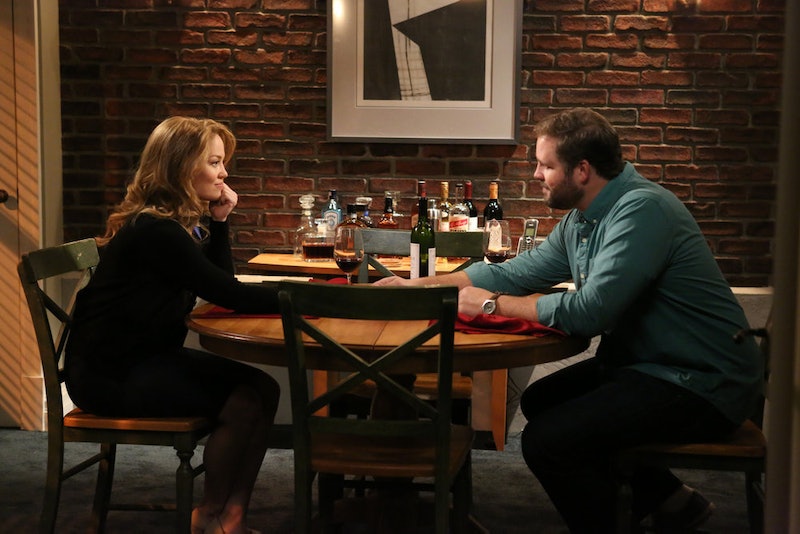 A few weeks ago on Parenthood, Julia told Ed, after blowing up at him earlier in the day, that he wasn't to blame for her separation. Sure, their friendship got a bit too close, and yeah, there was that kiss, but, Julia assured him, her marriage was struggling long before Ed came into the picture. While we'll concede that that's true, we wouldn't go so far as to exclude Ed from taking any of the blame for Julia and Joel's troubles. He's definitely had an impact, and the fact that he's the first guy Julia runs to post-separation doesn't speak well for his role in her marriage. Yet as much as we want to hate Ed for helping to break up Julia and Joel, the real person who deserves the blame is not the character, but the actor behind him — David Denman.

You seem, Denman has a history of ruining good TV relationships. Long before he was screwing things up for Joel and Julia on Parenthood, Denman was causing complications for another beloved TV couple — The Office's Jim and Pam. Remember Roy, the warehouse worker whose engagement to Pam, and his nasty attitude towards her, kept Jim from making a move all those years? Denman's the guy behind him. Blame the writers, blame the showrunners, blame whoever you want, but there's no denying the fact that Denman, or at least his characters, is the reason one of the best TV couples of all time had to wait years to finally get together.

It's not even just Parenthood and The Office. For four episodes back in the early '00s, Denman was on Angel, playing Skip, a demon who manipulates Cordelia to become a vessel for Jasmine (trust us, if you watched the series, it makes sense). Although Denman's appearance on the series didn't involve him ruining good relationships, Skip did cause major issues for several of the characters, most significantly Cordelia. Because of Skip, Cordelia fell into a coma that she only woke up from eleven episodes later, when she left Angel for good. Yeah, yeah, the actress wanted off the show, but Denman's appearance certainly didn't help matters.

So next time you see Denman show up on a show you love, beware: he's probably only there to cause trouble. The guy may be a good actor, but something about him apparently just screams "homewrecker." Guy might want to get a new agent.