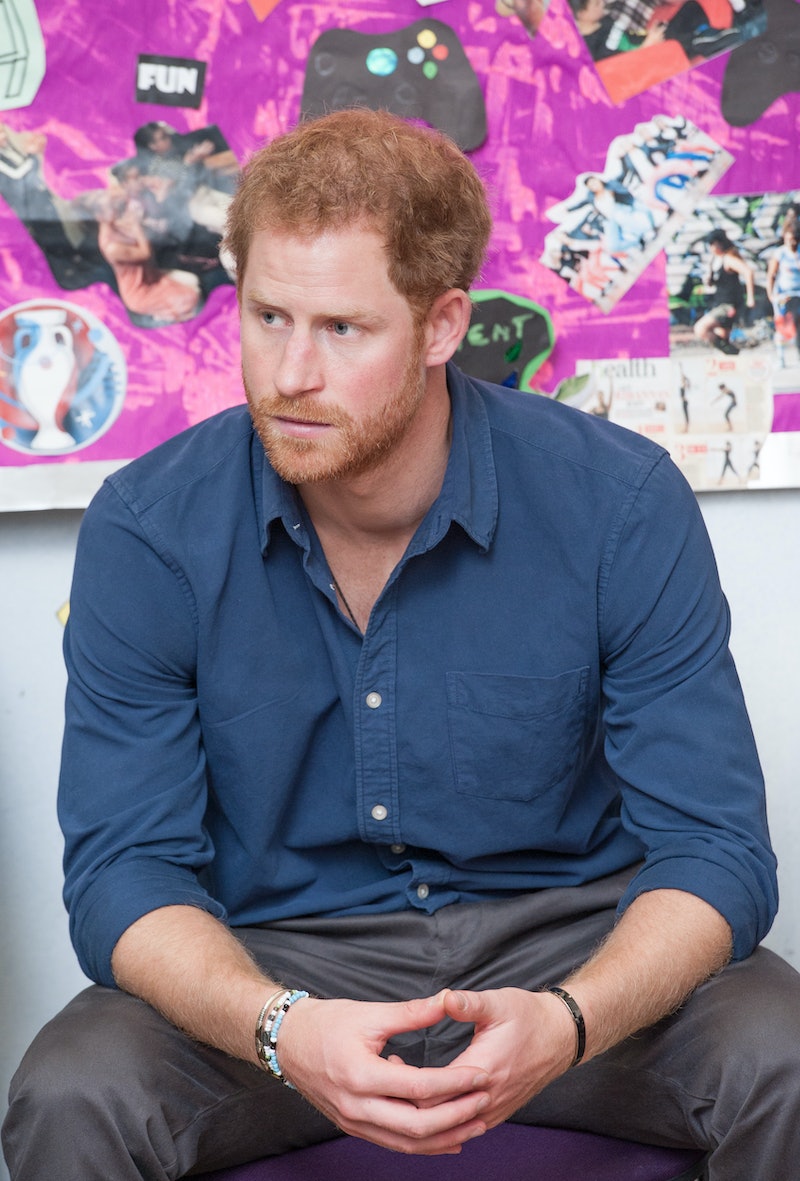 In an unprecedented move, Kensington Palace issued a statement directly from Prince Harry defending his relationship with Meghan Markle, who he confirmed as his girlfriend on Nov. 8. Personally, I didn't think this confirmation would come so quick, or that it would actually be true at all, so the news is certainly shocking for many royal watchers. Now that the Palace has confirmed the relationship, it's only fair to wonder how Prince Harry and Markle met, considering she might be around for awhile, what with all the official statements from the Royal Family and all.

Unfortunately, the thing that prompted this confirmation was the recent onslaught of negative remarks and bullying directed toward Markle. All I can ascertain now is that Markle will have to continue to be a very strong woman to deal with everything that comes with dating a prince. When reports first came out, many sources claimed they met in Toronto in May, where Harry launched the Invictus Games and Markle currently resides to film her show, Suits. The Daily Mail then reported more detail about that supposed meeting, in which Markle and Harry met through Markus Anderson, a mutual friend who is a consultant for Soho House Group. That sounds like a royal friend circle to me.

The Mail also has photos of Markle and Anderson meeting up at the Four Seasons in Toronto and after scouring her social media, Anderson can be spotted in many of her snaps on vacations and the like, often calling him her "partner in crime." The Mail further reported that Anderson supposedly set up a date between Harry and Markle quite a few months ago, and the transatlantic romance grew with frequent, incognito visits in between. While it's not exactly known how Anderson and Markle know each other, they both seem to have found their way into mingling with aristocrats and socialites, which probably led to her being introduced to the prince, naturally.

Another connection between Markle and Harry could be in her close friendship with fashion designer, Misha Nonoo. Markle has posted many photos with Nonoo, most recently during a trip to Spain with Anderson. Nonoo was married to Alexander Gilkes, who is a good friend to Prince William and Prince Harry. Page Six noted in October that the couple split up earlier in the year, but it's totally plausible that Markle met Harry at some point during this friendship she has with Nonoo and Gilkes.

With all of these connections between them, it's safe to assume that Prince Harry and Markle met through one of their mutual friends and sparks flew right after. It looks like they have enough similar lifestyles and passions in common to really make a strong connection, and because Harry has already made such a bold statement about their relationship, I have a feeling that Markle might just be the one.