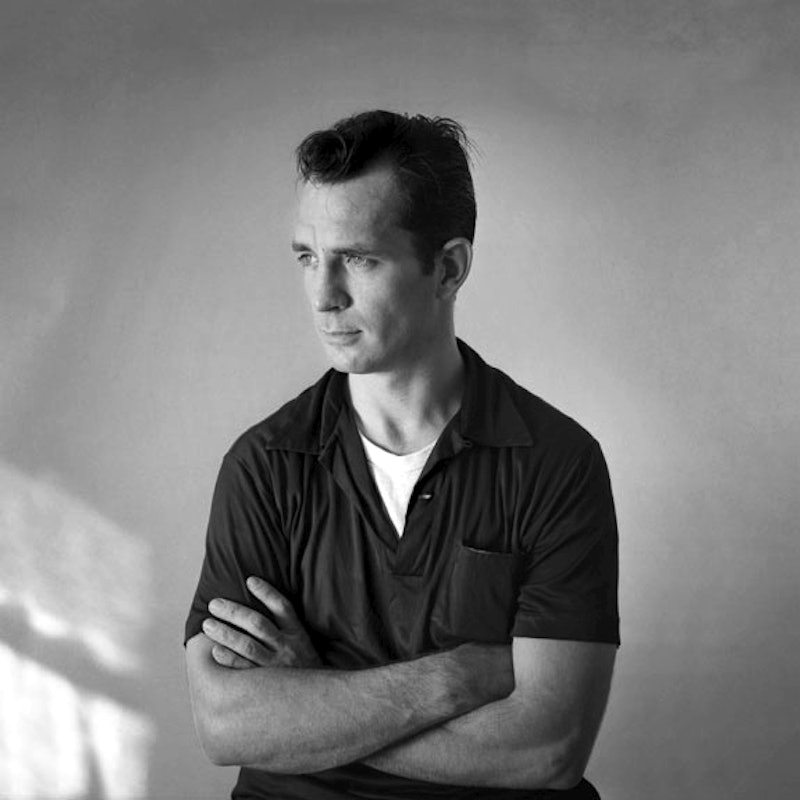 Deep breaths, NaNoWriMo people (NaNoWriMoers?). One page at a time. You can do it. And even if you're not a caffeine-addled writer trying to frantically crank out an entire novel in a month, you can find a way to balance regular writing with eating, sleeping, and perhaps even socializing. Many authors before you have managed it—even if a lot of them had somewhat... unique writing habits. So here are a few accomplished author's daily writing routines, to inspire you to stick with that writing schedule.

When it comes down it, after all, nothing improves your writing like writing everyday. But how to go about that writing? Well, if you're Mark Twain, you might try writing while lying in bed. If you're Vladimir Nabokov, you could write out all your plot points on index cards, for easy plotting and re-plotting. And if you're Victor Hugo, you probably want to make your personal valet hide all your clothes, forcing you to finish a draft before you're allowed to get dressed again. Hey, whatever works.

Are you an early bird writer who keeps religiously to deadlines? Or do you like to play it by ear? Whatever your writing style, you're probably in good company with at least one of these famous writers:

Poet, author, and activist Maya Angelou used to rent a hotel room to write in, even though she had her own house: "I rent a hotel room for a few months, leave my home at six, and try to be at work by six-thirty. To write, I lie across the bed, so that this elbow is absolutely encrusted at the end, just so rough with callouses. I never allow the hotel people to change the bed, because I never sleep there. I stay until twelve-thirty or one-thirty in the afternoon, and then I go home and try to breathe; I look at the work around five; I have an orderly dinner—proper, quiet, lovely dinner; and then I go back to work the next morning." Her schedule was strict, but she also wasn't opposed to a mid-morning drink: "I might have it at six-fifteen a.m. just as soon as I get in, but usually it’s about eleven o’clock when I’ll have a glass of sherry."

Vonnegut was another early riser, as he outlines in this letter to his wife: "I awake at 5:30, work until 8:00, eat breakfast at home, work until 10:00, walk a few blocks into town, do errands, go to the nearby municipal swimming pool, which I have all to myself, and swim for half an hour, return home at 11:45, read the mail, eat lunch at noon. In the afternoon I do schoolwork, either teach or prepare. When I get home from school at about 5:30, I numb my twanging intellect with several belts of Scotch and water... cook supper, read and listen to jazz (lots of good music on the radio here), slip off to sleep at ten. I do pushups and sit-ups all the time, and feel as though I am getting lean and sinewy, but maybe not. Last night, time and my body decided to take me to the movies. I saw The Umbrellas of Cherbourg, which I took very hard. To an unmoored, middle-aged man like myself, it was heart-breaking. That’s all right. I like to have my heart broken."

It should surprise no one that Haruki Murakami is total and complete bad ass when it comes to sticking to a routine: "When I’m in writing mode for a novel, I get up at 4:00 am and work for five to six hours. In the afternoon, I run for 10km or swim for 1500m (or do both), then I read a bit and listen to some music. I go to bed at 9:00 pm. I keep to this routine every day without variation. The repetition itself becomes the important thing; it’s a form of mesmerism. I mesmerize myself to reach a deeper state of mind. But to hold to such repetition for so long — six months to a year — requires a good amount of mental and physical strength. In that sense, writing a long novel is like survival training. Physical strength is as necessary as artistic sensitivity."

Joan Didion writes during the day, but she has a couple of sacred writing rituals in the evening, too: "I need an hour alone before dinner, with a drink, to go over what I've done that day. I can't do it late in the afternoon because I'm too close to it. Also, the drink helps. It removes me from the pages. So I spend this hour taking things out and putting other things in. Then I start the next day by redoing all of what I did the day before, following these evening notes... Another thing I need to do, when I'm near the end of the book, is sleep in the same room with it... Somehow the book doesn't leave you when you're asleep right next to it."

How does a writer as ridiculously prolific as Stephen King manage to churn out so much great work? With tea and vitamins: "There are certain things I do if I sit down to write... I have a glass of water or a cup of tea. There’s a certain time I sit down, from 8:00 to 8:30, somewhere within that half hour every morning. I have my vitamin pill and my music, sit in the same seat, and the papers are all arranged in the same places. The cumulative purpose of doing these things the same way every day seems to be a way of saying to the mind, you’re going to be dreaming soon. It’s not any different than a bedtime routine.”

If groggy, type notes and allocate, as stimulus.If in fine fettle, write.

AFTERNOONS:Work of section in hand, following plan of section scrupulously. No intrusions, no diversions. Write to finish one section at a time, for good and all.

EVENINGS:See friends. Read in cafés.Explore unfamiliar sections — on foot if wet, on bicycle if dry.Write, if in mood, but only on Minor program.Paint if empty or tired.Make Notes. Make Charts, Plans. Make corrections of MS.

Thank goodness for Junot Diaz—he might get up early, but his writing schedule sounds just a little more relaxed (and feasible): "I’m an early waker, not as early as some. I get up at 7. I try to only do a little bit of emailing, scan the most important things, see if anything is urgent. Then try to work for a few hours, until lunch, and call it a day. It’s only when things are really moving that I work more than that... I wrote my first book listening to the soundtrack to the movie Conan the Barbarian on a loop. That’s how I ride."

Ernest Hemingway wrote standing up years before the standing desk became a thing, and he liked to get started at dawn. And, of course, he was super pretentious about all of it: "When I am working on a book or a story I write every morning as soon after first light as possible. There is no one to disturb you and it is cool or cold and you come to your work and warm as you write. You read what you have written and, as you always stop when you know what is going to happen next, you go on from there... You have started at six in the morning, say, and may go on until noon or be through before that. When you stop you are as empty, and at the same time never empty but filling, as when you have made love to someone you love." Whatever you say, Ernest.

Don't have a ton of time to write? Neither does J.K. Rowling. As she says, “Sometimes you have to get your writing done in spare moments here and there.” Rather than having a set-in-stone morning routine, Rowling writes whenever and wherever she can: "I can write anywhere. I made up the names of the characters on a sick bag while I was on an airplane."

And then, of course, there's Jack Kerouac. He didn't get out of bed until the afternoon, and liked to write from midnight untill dawn (when he wasn't too drunk to put pen to paper). He also favored writing by candlelight: "I had a ritual once of lighting a candle and writing by its light and blowing it out when I was done for the night … also kneeling and praying before starting (I got that from a French movie about George Frideric Handel) … but now I simply hate to write. My superstition? I’m beginning to suspect the full moon. Also I’m hung up on the number nine though I’m told a Piscean like myself should stick to number seven; but I try to do nine touchdowns a day, that is, I stand on my head in the bathroom, on a slipper, and touch the floor nine times with my toe tips, while balanced. This is incidentally more than yoga, it’s an athletic feat, I mean imagine calling me ‘unbalanced’ after that. Frankly I do feel that my mind is going. So another ‘ritual’ as you call it, is to pray to Jesus to preserve my sanity and my energy so I can help my family: that being my paralyzed mother, and my wife, and the ever-present kitties. Okay?"